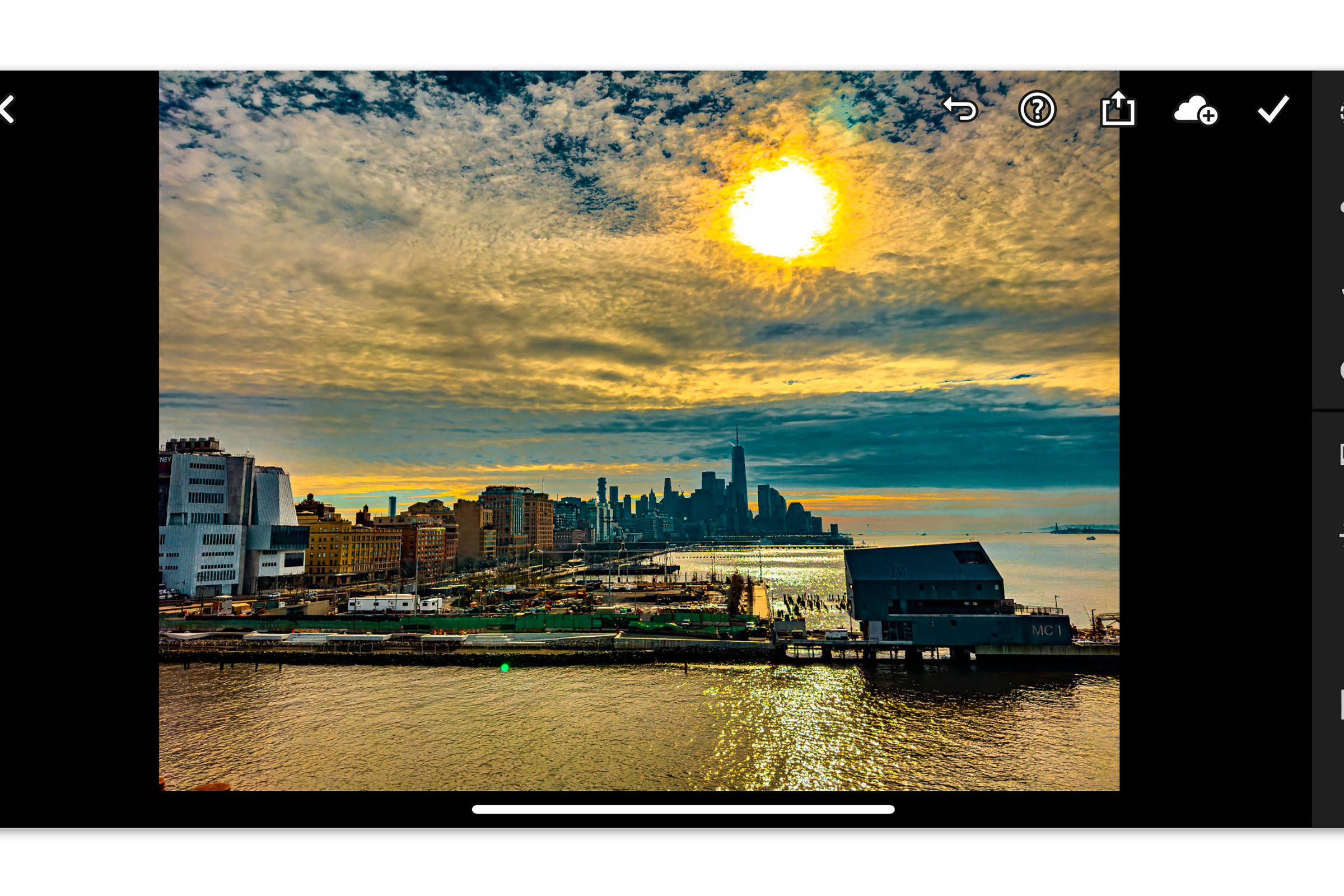 How to take better pictures with your smartphone

Professional photographers have long used the RAW format and editing software to transform image files into beautiful photos – and you can too.

Smartphone cameras and the software that automatically processes the images have become so good at creating amazing photos in real time that most people don’t even carry a separate camera anymore (well, except for a few retro Gen Zers).

There are many apps that can put a filter on a photo to make it look even better, but if you really want to brush up on your mobile photography techniques, consider the format the pros use: RAW.

Editing a RAW file is more labor intensive, but it gives the photographer more control over the light and color of the image once it’s captured—and, in some cases, enough pixels to significantly crop the photo while still keeping it sharp.

Here’s a guide to get started:

“RAW” means raw data – and lots of it. Many camera phones automatically capture and save images as JPEG or HEIC files, which reduce and discard some image data to reduce file size. However, when you choose to capture images as RAW files, you get uncompressed, unprocessed data from the camera’s sensor. Without compression, RAW images contain more details and colors to work with. But the files can be huge.

There are many tools available in app stores for specialized cameras that capture and edit RAW files. (More on that later.) But if you’re just curious for now, here’s how to use options available on the latest iPhone and Android models, as well as other free tools.

On an iPhone 12 Pro (or later Pro and Pro Max models) running at least iOS 14.3, you can capture and store RAW files by going to “Settings”, choosing “Camera”, then “Formats”. Tap the button next to Apple ProRAW, which is Apple’s variation on the RAW format. On iPhone 14 Pro models, you can choose the resolution to store your RAW files: 12 megapixels or an incredible 48 megapixels.

Then open the camera, align the photo and choose the RAW feature in the upper right corner of the screen. Now all you have to do is tap the shutter button to save the file to your camera.

A 48-megapixel file allows for photos with good detail, even with significant cropping, but the file size of each photo can be 75 megabytes or more. If you have an iPhone with a terabyte of space, the larger file sizes are less of an issue, but phones with less storage can quickly run out of space.

Finding RAW settings on an Android phone varies by device and its manufacturer, so check your phone’s support site for specific instructions.

If you have one of Google’s Pixel phones running Android 13, go to the “Camera” app and tap the down arrow in the top left corner, choose “More Settings” and “Advanced”. Then tap the button next to “RAW + JPEG Control”. The camera captures the image in JPEG and RAW formats, but saves the larger files in a separate RAW folder in the Google Photos app.

On Samsung’s Galaxy phones, camera settings include a Pro mode and advanced image options for saving images as RAW files. In the settings, go to “Format and advanced options” and tap the button for RAW copies. For the recent models of Galaxy phones, Samsung has also recently released its free camera app Expert RAW which is available on the Galaxy Store.

If you have an iPhone, you can use Apple’s Photo app to edit RAW files. For Android phones, Google Photos offers “limited” support for the format, but its older photo-editing app, Snapseed, has a tool for editing RAW files. The Snapseed app, which is free and works on both Android and iOS, has a support site with an online tutorial and an instructional YouTube video for beginners.

At first glance, RAW files can appear flat, dark and bulky. But once you start processing them in a compatible photo editing program, you can enjoy all that extra data.

In the editing application, you can use the on-screen slider and other controls to adjust an image’s white balance, which counteracts color casts; change exposure; pulling parts of the image out of the shadows; deepen colors and much more.

Some photographers prefer to handle RAW files using Adobe Lightroom tools, which have versions for Android devices, iPhone and iPad (free, with in-app purchases). The Adobe website has a tutorial, as do many websites that specialize in digital photography.

To edit your photos on a larger screen, you can either store the files on a cloud server or transfer the file from your mobile device to a desktop computer using Wi-Fi or AirDrop, then use the desktop subscription version of Adobe Lightroom or one of the many desktop photo apps (including Apple’s Photos for Mac).

Once you’re ready for more advanced techniques using RAW files, you can buy or subscribe to the numerous specialist photography apps in its app store, including VSCO (for Android and iOS) and ON1 Photo RAW (also for Android and iOS). For those using iPhones and iPads for editing, you might also want to consider the Halide Mark II, Darkroom, and RAW Power apps.

When you’re done editing your RAW image, you can save it as a JPEG or other common formats for sharing, printing, or making art.

Facebook
Twitter
Pinterest
WhatsApp
Previous article
Nikolakopoulos: “Olympiacos will look to get a good winger in the final”
Next article
Member of ADAE: I have worked for Aristides Baltas, I am proud of it