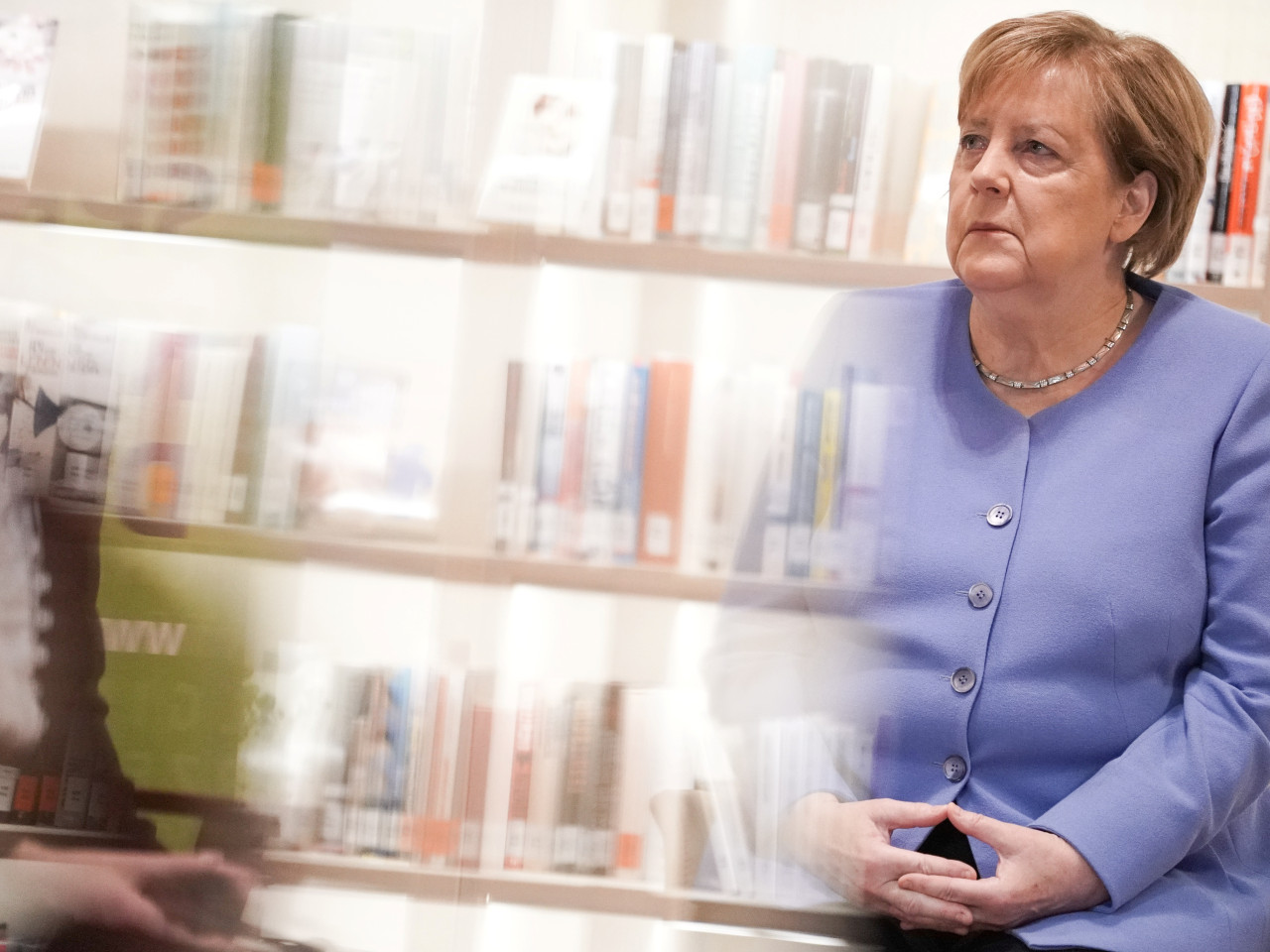 Merkel condemns Russia’s attack, but insists on her policy towards Putin

The former chancellor, when asked if she could have prevented the current war in Ukraine by pursuing a different policy, stated directly: “I do not blame myself”

Former German Chancellor Angela Merkel on Tuesday night condemned Russia’s attack on Ukraine, expressed confidence in the actions of Olaf Solz’s successor, but rejected the claim that she had pursued a policy of appeasement against Russian President Vladimir Putin. He also refused to apologize for both the Minsk Agreements and the exclusion of Ukraine from NATO.

“What Moscow calls a ‘special military operation’ in Ukraine is a ‘brutal attack that violates international law and for which there is no justification,'” Merkel told a 100 συν’s interview with a journalist. Der Spiegel on the stage of the Berliner Ensemble, the iconic stage of the former East Berlin.

Mrs Merkel also defended aspects of her policy that are being criticized today, such as the Minsk Agreements. “Could there have been more to prevent such a tragedy?” I think this case is already a great tragedy. Could it have been prevented? “Of course, I continue to ask myself these questions,” he admitted.

Angela Merkel was questioned by Ukraine’s ambassador to Berlin, Andriy Melnik, who wanted to know how the former chancellor was positioned on the accusation that she had pursued a policy of appeasement against Russia. “It simply came to our notice then. “If diplomacy fails, it does not mean that it was wrong,” he replied characteristically.

“If the Minsk Agreement had not been reached then, the situation would have really escalated. “The same would be true if Ukraine had joined NATO,” the former chancellor argued, recalling that Ukraine was then a different country, politically divided, with a strong influence of oligarchs. In addition, he stressed, its membership in NATO would be tantamount to Vladimir Putin, with a declaration of war. “I do not think it was wrong and I will not apologize for that (…) After the Crimea, we had to talk for six months about extending the sanctions. And many wanted to make them lighter (…) The Minsk Agreement in 2015 may not have been in the best interests of Ukraine, but it aimed to end the armed conflict in eastern Ukraine. “This was not achieved,” he said, adding that tougher sanctions should have been imposed since then. He noted, however, that his party (CDU) was the only one to include in its election program the goal of investing 2% of GDP in defense: “Only this language is understood (ie Vladimir Putin).”

As for her relationship with the Russian president, with whom, as she said, they usually talk in German, as “he speaks better German than I do Russian”, Angela Merkel said that throughout her term she was worried about the consequences of the collapse of the Soviet Union. In 2007, during a visit to Sochi, Putin described the collapse of the USSR as the greatest catastrophe of the 20th century. She had countered that it was the happiest moment in her life, because she gained the freedom to do what she wanted.

“It was clear that there was disagreement. And this disagreement was due to a completely different perception of the world, which continued to grow. It was not possible for the Cold War to end there (…). “Putin sees the whole West as his enemy, he considers that he is constantly humiliated (…)”.

“We have a completely different perception of values. He considers democracy to be wrong “, the former chancellor underlined and clarified that he does not share these views at all, but” I knew how he thinks and I considered that it was in the interest of my country to find a way of coexistence “.

Asked about the controversial incident with the presence of the Russian president’s dog in a meeting with the chancellor, although her fear for dogs is known, Angela Merkel commented jokingly: “The German chancellor must be brave, even with a dog.”

Asked if he considered Vladimir Putin crazy, he noted that “it is worthwhile to give a basis, because it exceeds one limit after another.”

Referring to the escalation of the situation in Ukraine, Mrs. Merkel revealed that in June 2021, when US President Joe Biden met with the Russian President, she told French President Emanuel Macron that a European dialogue with Moscow should be pursued. “I felt that things were not going well with the Minsk Agreements. But within the EU there was no consensus at the time. There was a pandemic, there would be elections in France. Then I thought everyone knew I was leaving soon. “A few years ago, I might have done it,” he said.

Referring to her personal relationship with Russia, Merkel admitted that she has always been fascinated by this country, but stressed that she is able to separate Russia and its culture from what the Russian president is now doing in Ukraine. “This only exacerbates the tragedy,” he said, adding that when asked if he would once again invite Russian lyricist Anna Netrebko to dinner, he replied: “No – what he does in politics, I explicitly condemn.” .

The former chancellor commented even the accusation that she was accused of being in a “catastrophic state” during her tenure: she categorically rejected her. “The armed forces need reinforcement, but no further criticism is warranted. “German troops have a very good reputation among partners,” he insisted. He praised the decision to modernize the armed forces through a special fund.

For the Nord Stream 2 pipeline, which was abandoned by Germany shortly before it was put into operation due to the Russian invasion of Ukraine, Ms Merkel admitted that she was annoyed by US sanctions. “You are doing this with Iran, not with an ally,” he said at the time, describing last summer’s German-American agreement as a “quantum leap.”

Today, she said, although she remains a “political being” and “does not exactly privatize”, she considers, as she stressed, that it is not her job to comment on the news and criticize the government from the sidelines. “But, of course, I am not neutral in this dispute.”

“My hope is that I will be able, after four terms, to do something that will please me and at the same time be good for the country,” he added.

Mrs Merkel was also asked to comment on the Ukrainian ambassador’s statement that she should have preferred a visit to Buca, Ukraine, last March to see the horrors of the Russians instead of the Italian sun. “I also wondered if I should go to Italy,” the former chancellor admitted, but added that she was interested in the history of the Renaissance and finally said to herself: “Do it!”, Noting that it must be made clear that it is no longer in action. politician and that for her the trip was very important because it was part of the “process of separation” from politics.

Mrs Merkel also revealed that after leaving politics, she stayed on the shores of the Baltic Sea, in her former constituency, for five weeks, mostly reading. He even explored, as he said, the world of recorded books, listening to “Macbeth”. At first he was afraid he would get bored, he admitted, but that did not happen.

“But it is a myth that you can make up for lost sleep,” he joked.

She admitted that the war in Ukraine caused her depression, as did many others. “It’s a nice feeling to have left because you wanted to, but somehow I was imagining the time after my term,” he concluded.