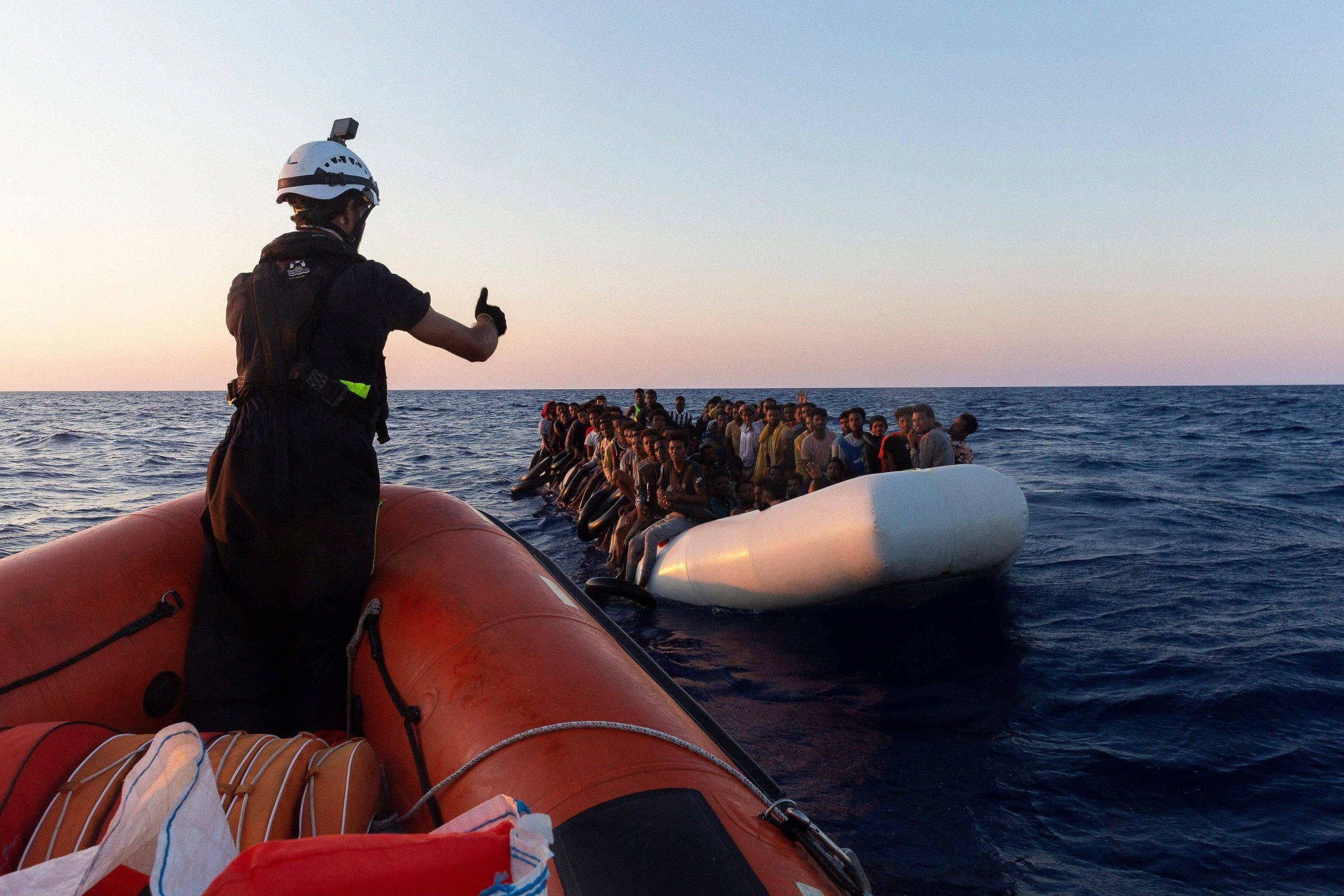 The CJEU (Court of Justice of the European Union) ruled this week that ships that rescue migrants adrift at sea cannot be seized by national authorities for exceeding the number of people they should legally transport. Mediterranean ports in Italy, Greece, Malta and islands close to Turkey are the most sought after by humanitarian vessels.

The drama of migrants on humanitarian boats looking for a country is a tragic portrait of human contempt. The scene is repeated frequently, often with deplorable endings, and intensifies in the summer months in the northern hemisphere, when there are fewer risks in the crossings.

In recent days, three humanitarian organizations, SOS Mediterráneo, MSF (Médecins Sans Frontières) and Sea Watch have rescued more than a thousand people adrift in overcrowded boats, sailing from North Africa to the coast of Italy. The law of the sea contains “a fundamental duty to provide assistance to persons in distress or in distress at sea”, said the verdict issued by the European Court of Justice this week.

The decision concerns two ships of the non-governmental organization Sea Watch seized by the Italian authorities two years ago. According to the judges, given the nature of the activities of these vessels, the number of people on board cannot be taken into account if the safety conditions of passengers are respected.

Port authorities could only detain the boats if “serious indications of danger to health, safety, the environment or work on board” were identified, the court defined. The ECJ’s decision was celebrated as a clear victory for all maritime rescues in the Mediterranean.

Migratory flows on the central Mediterranean route are the most dangerous in the world. Every year, thousands of people try to enter the European Union illegally in boats overcrowded with dozens of migrants. These are long and dramatic journeys, without the minimum security requirements, made by migrant smugglers. The trip can cost more than R$10,000 per person, which makes the business highly profitable.

According to Frontex, the European border and coast guard agency, during the three years leading up to the pandemic, from 2017 to 2020, traffickers earned €330 million (R$1.7 billion) on Mediterranean routes, known as a huge maritime cemetery. The IOM (International Organization for Migration) reported that more than 20,000 people lost their lives on these crossings in the last decade.

Doctors Without Borders’ Geo Barents vessel currently carries 659 people, including more than 150 minors who still do not have a port to disembark. The Ocean Viking, at the behest of SOS Mediterráneo, disembarked 387 people in the small tourist port of Salerno during Sunday (31).

Lack of assistance in the Mediterranean

The story of young German captain Carola Rackete, 34, illustrates the reality of the rescue of illegal migrants in the Mediterranean. In June 2019, she had her name on the headlines of the main newspapers in Europe and the world, when in command of the humanitarian vessel Sea-Watch 3 she rescued more than 40 people who were in unsafe boats and docked without authorization in the port of Lampedusa. , in Italy.

At the time, the veto was imposed by the then Interior Minister, Matteo Salvini, leader of the Italian extreme right. Carola Rackete was arrested for allegedly aiding illegal immigration in Europe. At the end of last year, the Italian justice decided to abandon the case against Rackete, who has become a hero and a reference in the struggle for refugees around the world.

According to the teams of the humanitarian organization Doctors Without Borders, “the sad reality on the southern European border has not changed: the normalization of deterrence and non-assistance policies at sea, as well as the dismantling of the search and rescue system in favor of forced returns , continue to generate human suffering and loss of life.”

For Juan Matias Gil, representative of MSF’s search and rescue operations, “MSF’s presence in the Central Mediterranean is a direct result of the shameful and progressive lack of engagement of naval search and rescue continents led by the European bloc in the region.” This week humanitarian NGOs working in the Mediterranean Sea called for more EU involvement in rescuing migrants.

This text was published originally here