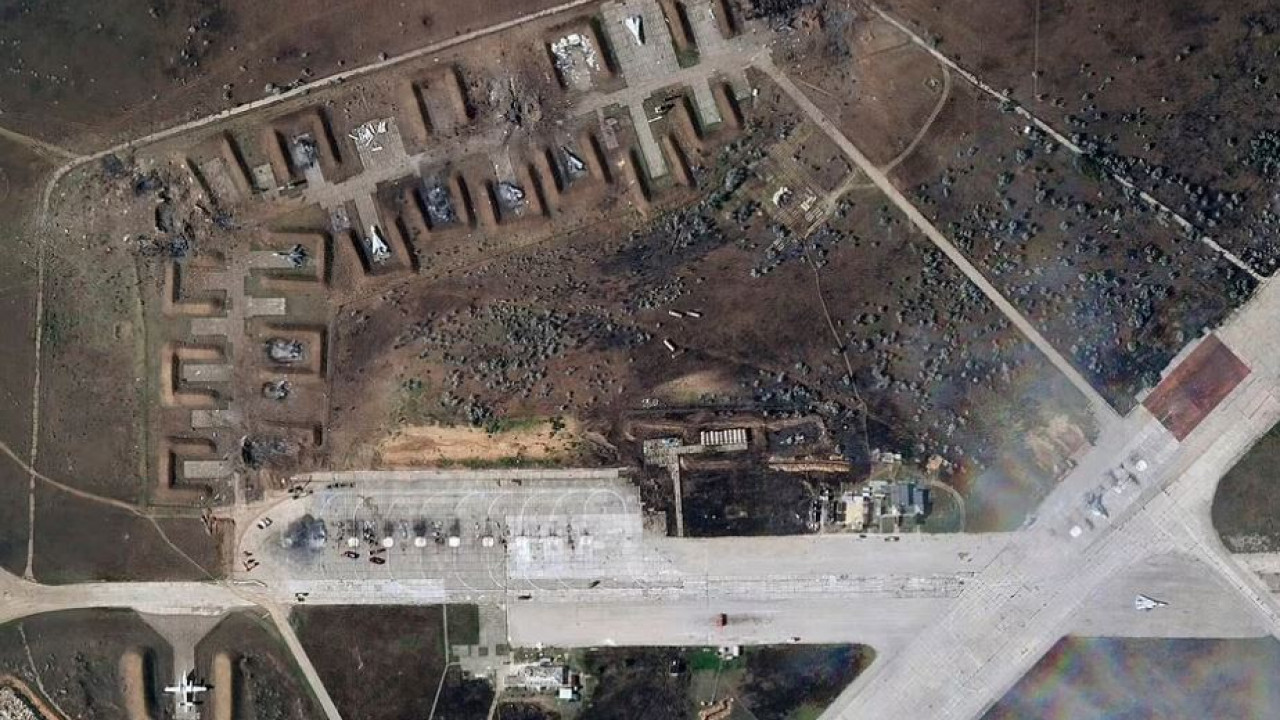 Russia has denied that any aircraft were damaged and claimed that the explosions, which occurred yesterday, Tuesday, August 9, at the base, were due to an accident

Satellite images released today show the devastation at a Russian air base in Crimea, which was hit days earlier by an attack that showed Kyiv may have gained new capabilities for long-range strikes that could turn the tide. war’s.

Photos, released by independent satellite company Planet Labs, show three nearly identical craters where buildings at Russia’s Saki Air Base were precisely hit. The base, on Crimea’s southwestern coast, was extensively damaged by fire and at least eight damaged planes are clearly visible.

Russia has denied that any aircraft were damaged and claimed that the explosions, which occurred yesterday, Tuesday, at the base, were due to an accident.

Ukraine has not publicly claimed responsibility for the attack or announced exactly how it was carried out.

“Officially we do not confirm or deny anything; there are many scenarios of what could have happened … bearing in mind that there were several epicenters of explosions at exactly the same time,” Mykhailo Podoliak, an adviser to the Ukrainian president, told Reuters in a message.

Western military experts said the scale of the damage and the apparent precision of the strikes revealed powerful new capabilities with potentially far-reaching consequences.