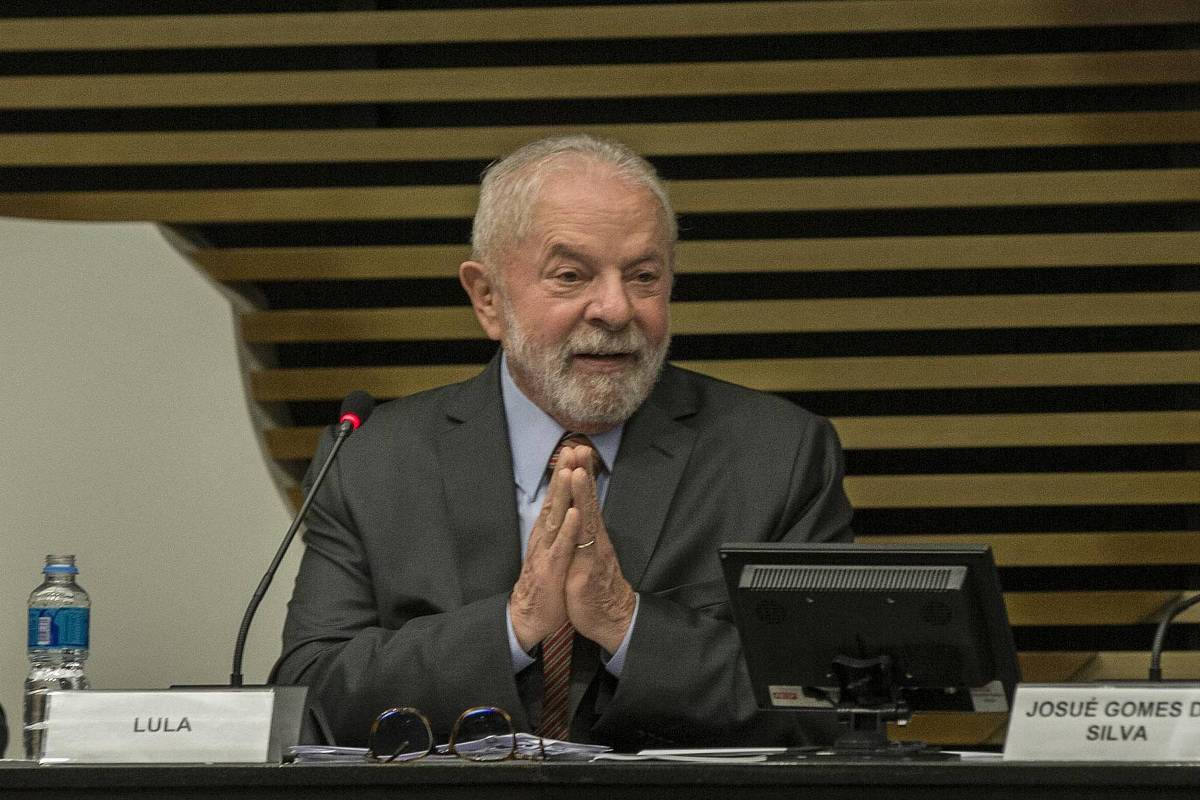 Former President Luiz Inácio Lula da Silva (PT) started a series of meetings with foreign ambassadors in which he defended, among other topics, the role of the BRICS in the search for a solution to the War in Ukraine and the reinsertion of Brazil into the international board. .

The leader in voting intentions polls held two meetings with heads of foreign missions at the home of his lawyer Cristiano Zanin, in São Paulo. At the first meeting, at the end of July, ambassadors from Russia, India and South Africa were invited. Days later, Zanin received ambassadors from Germany, France, Switzerland, Holland and Poland for a similar event.

The agendas have been built by Lula’s advisors so that the PT can transmit to countries considered key some of the guidelines of a possible new government in the international area. The expectation is that new meetings will always take place as a block, possibly with Latin American and African ambassadors.

In addition to Zanin, the former Minister of Foreign Affairs, Celso Amorim, and the professor of international relations Hussein Kalout participated in the agendas. Senator and former minister Jaques Wagner (PT-BA), in turn, was in the conversation with the Europeans.

According to reports made to Sheet, Lula’s meeting with ambassadors Alexey Labetski (Russia), Suresh Reddy (India) and Vusi Mavimbela (South Africa) was dominated by the Ukrainian War. The initial idea was for all the members of the BRICS (a bloc that is also made up of China) to be present, but there was no Chinese representative because currently the mission in Brasília has no ambassador.

After an introduction in which Lula argued that Bolsonaro has isolated Brazil on the international stage, the PT directs the conversation towards the armed conflict in Eastern Europe.

Lula wanted to know from Labetski what, from the Russian perspective, were the reasons for the war; and which countries could influence the warring parties to negotiate a possible ceasefire.

People with knowledge of the discussion said the Russian ambassador reproduced arguments used by President Vladimir Putin. Among them, that the West, in sponsoring the expansion of NATO (Western military alliance), ignored Russia’s security concerns for years.

Also according to reports, Lula asked the heads of diplomatic missions present why the BRICS was not engaged in trying to seek alternatives to peace or at least to mitigate the effects of the war.

He also said that the bloc cannot remain oblivious to the issue since one of its members, Russia, is directly involved in the conflict.

One of the participants told Sheet that Lula seemed to want to convey the message that, once in the Planalto, he intends to press for the BRICS to be a forum for debating ways to overcome the conflict.

Even though the chances of the bloc being able to influence a solution are small —said this interlocutor—, Lula signaled that he intends to present himself to the international community as a leader who is at least committed to working for peace.

Another message conveyed by PT at the two meetings is that he intends to give great importance to Brazil’s participation in multilateral forums.

Lula’s argument is that Bolsonaro has isolated the country internationally and that only a new leadership will be able to reposition the country on this board. At the first meeting, for example, Lula drew attention to the fact that the missions in Brasilia by the United States and China — the two greatest current powers — were without an ambassador.

The Joe Biden government even appointed an ambassador to Brazil. However, an articulation led by Republican senators blocked the approval of the chosen name, Elizabeth Bagley, in the US Congress. The Chinese embassy, ​​for its part, has been without an ambassador since Yang Wanming, who was the protagonist of friction with Bolsonaro’s allies, concluded his mission.

At the meeting with the five European countries, in addition to the war in Ukraine, subjects such as the European Union’s trade agreement with Mercosur and the process of Brazil’s accession to the OECD (Organization for Economic Cooperation and Development) were discussed.

In both cases, there is apprehension among Europeans that an eventual third Lula government has little interest in continuing with the implementation of the trade treaty or in joining the so-called club of rich countries.

European governments were concerned by Lula’s recent statements. On a trip to the continent in November, PT defended the reformulation of the trade agreement.

According to people with knowledge of what was discussed at the meeting with ambassadors, Lula stressed that the priorities of a possible new government will be the fight against hunger and poverty and the generation of jobs, in addition to preserving the environment. And that any measure that helps him achieve these goals —including the EU-Mercosur agreement— would be positively evaluated in his administration.

A similar argument was used when those present discussed PT’s interest in continuing to support Brazil’s entry into the OECD.