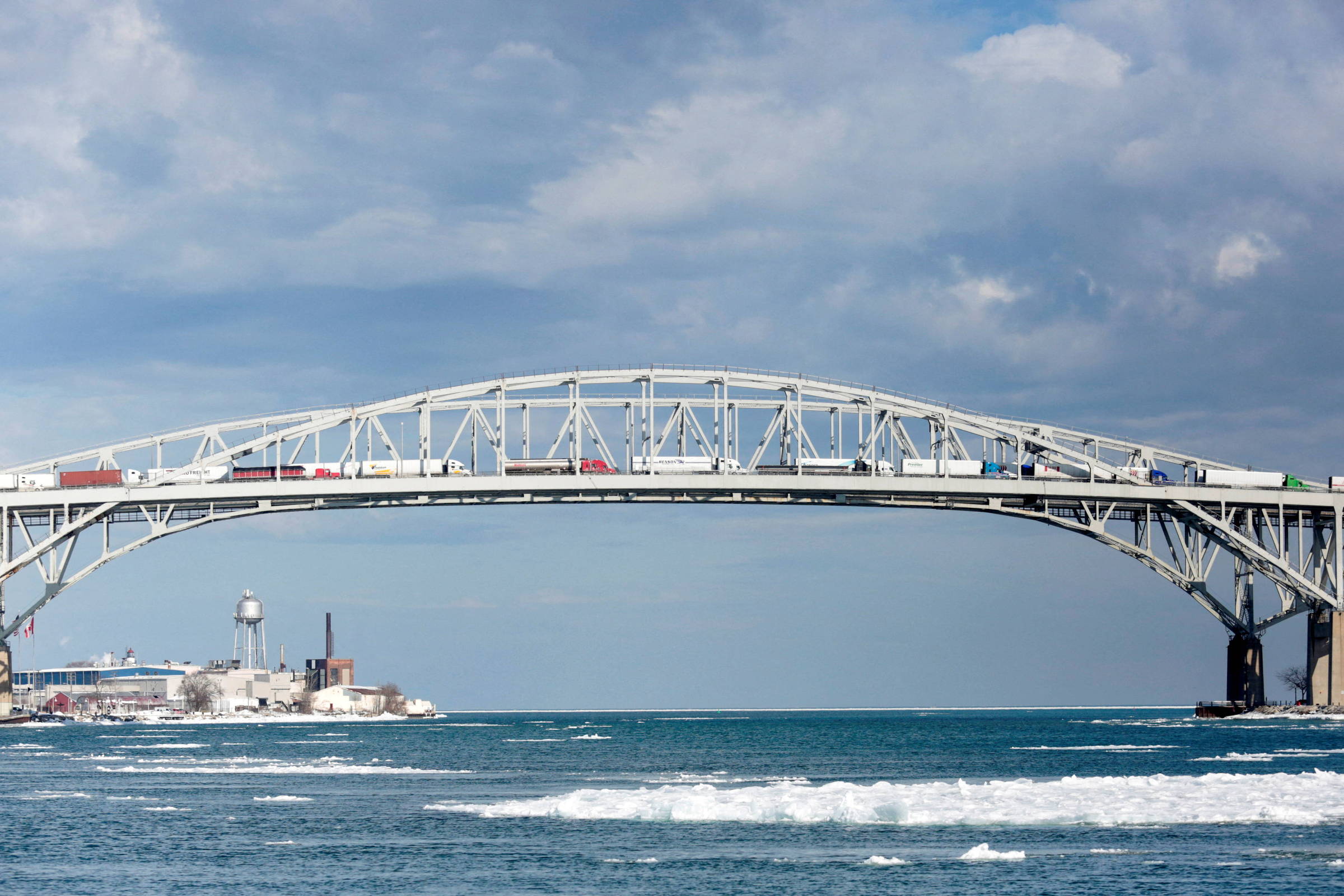 US authorities arrested four Brazilians who entered the US illegally across the Canadian border. All the accused had the help of the same “coyotes”, points out the US government. The episode took place on the 20th, but was released on Tuesday (23).

According to the Customs and Border Protection (CBP) service, federal agents spotted three men on a jet ski crossing the Canadian-US border in Port Huron, Michigan. Two of them, says the agency, got off the boat, walked on the road and got into a car – while the jet ski driver returned to the Canadian side.

The two men were arrested shortly afterwards, still in the car that was transporting them. They identified themselves as 34 and 35-year-old Brazilians and, according to the US government, admitted that they crossed the border illegally. The driver of the car, a 39-year-old American, was also arrested.

Hours later, agents noticed the same movement: a similar jet ski left two people in the same region and returned to Canada. This time, however, the two immigrants were approached by the police before getting into the car. When questioned, they also identified themselves as Brazilian – a 47-year-old man and a 44-year-old woman.

All were taken to the CBP station in Marysville, and there, the identities of the inmates were confirmed. “These criminals made a brazen attempt on a busy weekend,” Patrol Chief Robert Danley said.

Also according to the US government, the Canadian Federal Police arrested two other people involved in the scheme. It is uncertain, however, whether the prisoners were the jet ski drivers.

“This is a testament to how vital federal and international partnerships are in our border security mission,” said Marc Sledge, CBP’s head of an arm. “Our agents do extraordinary work every day to protect America,” he added.

Arrests like these are frequent on American borders. The greatest intensity, however, occurs on the US-Mexico border, where millions of people are arrested trying to enter the country illegally. Sometimes immigrants die before they even set foot on American soil.

Such as Sheet showed on the 16th, an investigation by the Federal Police shed light on the death of a 21-year-old Brazilian who was abandoned by a coyote last year while trying to irregularly cross the border between Mexico and the United States. The body was found on April 19, six days after the failed attempt.

The family of Ayron Henrickson Fernandes Gonçalves only discovered the outcome of the story five months after his death, and the young man was buried as a pauper. His case, however, was not the only one involving Brazilians who lost their lives in this way. Since 2020, at least eight Brazilians have died trying to make the crossing – one of the best known cases was that of Lenilda dos Santos, which took place almost a year ago. There are also reports of kidnappings, rapes, extortion and abandonment along the way.

In early August, the US Department of Homeland Security announced the end of a measure that forces asylum seekers to wait in Mexico until the application is processed in US courts.

The Migrant Protection Protocol — a policy that became known as the “Stay in Mexico” — was instituted by former President Donald Trump in 2020 and has sent at least 70,000 asylum seekers to the neighboring country since it took effect, according to the American Council. of Immigration. The program has been criticized for putting vulnerable people in border towns under unsafe conditions.

With the decision, no one else will be included in the protection protocol and those who cross the border to attend court hearings will not be sent back to Mexico.