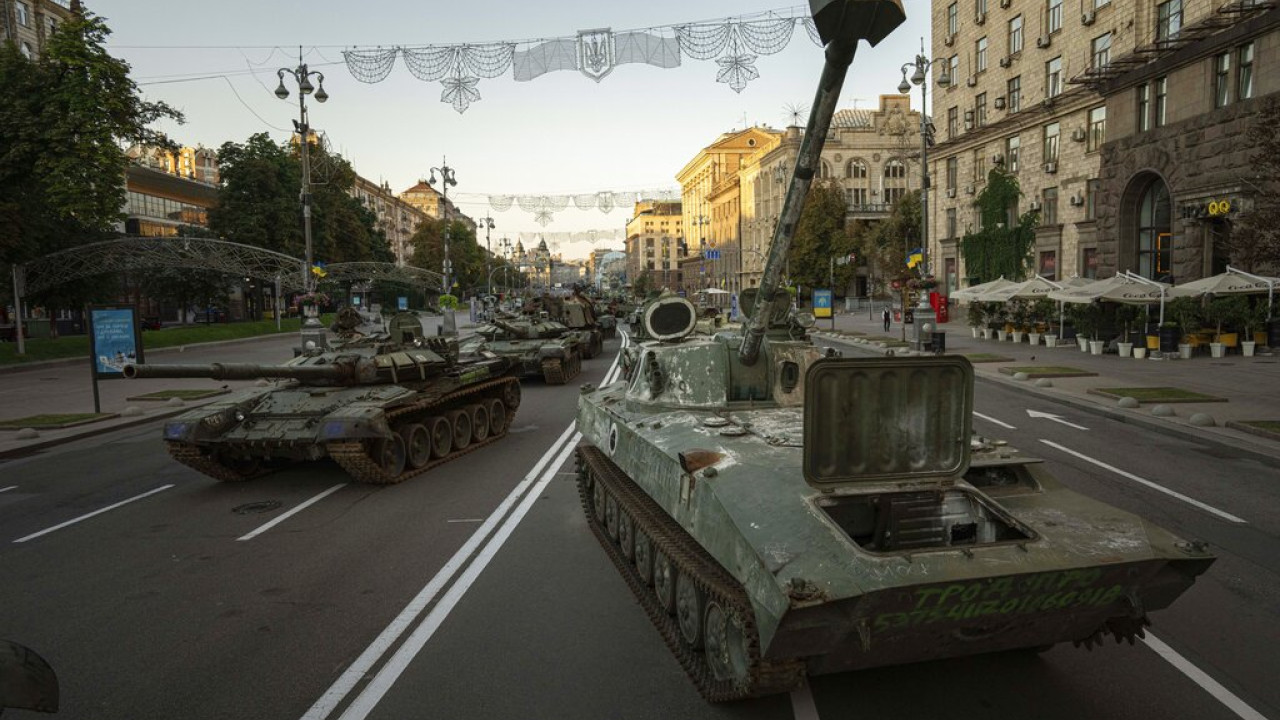 The supply of modern main battle tanks and armored fighting vehicles (AMVs) directly from Germany to Ukraine remains a taboo for Berlin, as the Germans are very wary of any intervention in conflicts abroad.

THE Prime Minister of Ukraine Denis Smykhal invited Germany to equip his country’s armed forces with modern main battle tanks, to help them repel the invasion of Russia.

Mr Schmihal told the German Agency that a change of philosophy was needed on arms deliveries ahead of his visit to Berlin at the weekend.

Kyiv expects the US to supply it with Abrams tanks and Germany with Leopard 2s for use on the battlefield, he added.

The supply of modern main battle tanks and armored fighting vehicles (AVM) directly from Germany to Ukraine remains taboo for Berlin, as the Germans deal with great reservation any intervention in conflicts abroad.

No modern main battle tanks have been delivered to Ukraine by any other NATO member state.

Mr. Schmihal is expected in Berlin tomorrow Saturday and will be welcomed by German Chancellor Olaf Scholtz the day after tomorrow Sunday.

He will be the most senior Ukrainian politician to visit the German capital since Russia’s military invasion of Ukrainian territory began on February 24.

Mr Schmihal praised Berlin’s decision to change its policy and now send not only protective equipment such as helmets and bulletproof vests, but modern, sophisticated weapons, but stressed that Kiev’s forces needed more weapons systems and vehicles as soon as possible. .

Facebook
Twitter
Pinterest
WhatsApp
Previous article
On the G7 table is the imposition of a ceiling on the price of Russian oil – Moscow threatens to cut off supplies
Next article
Zodiac signs: The predictions for today, Friday, September 2

Israel: The Minister of National Security is proceeding with a fivefold increase in the number of firearms permits