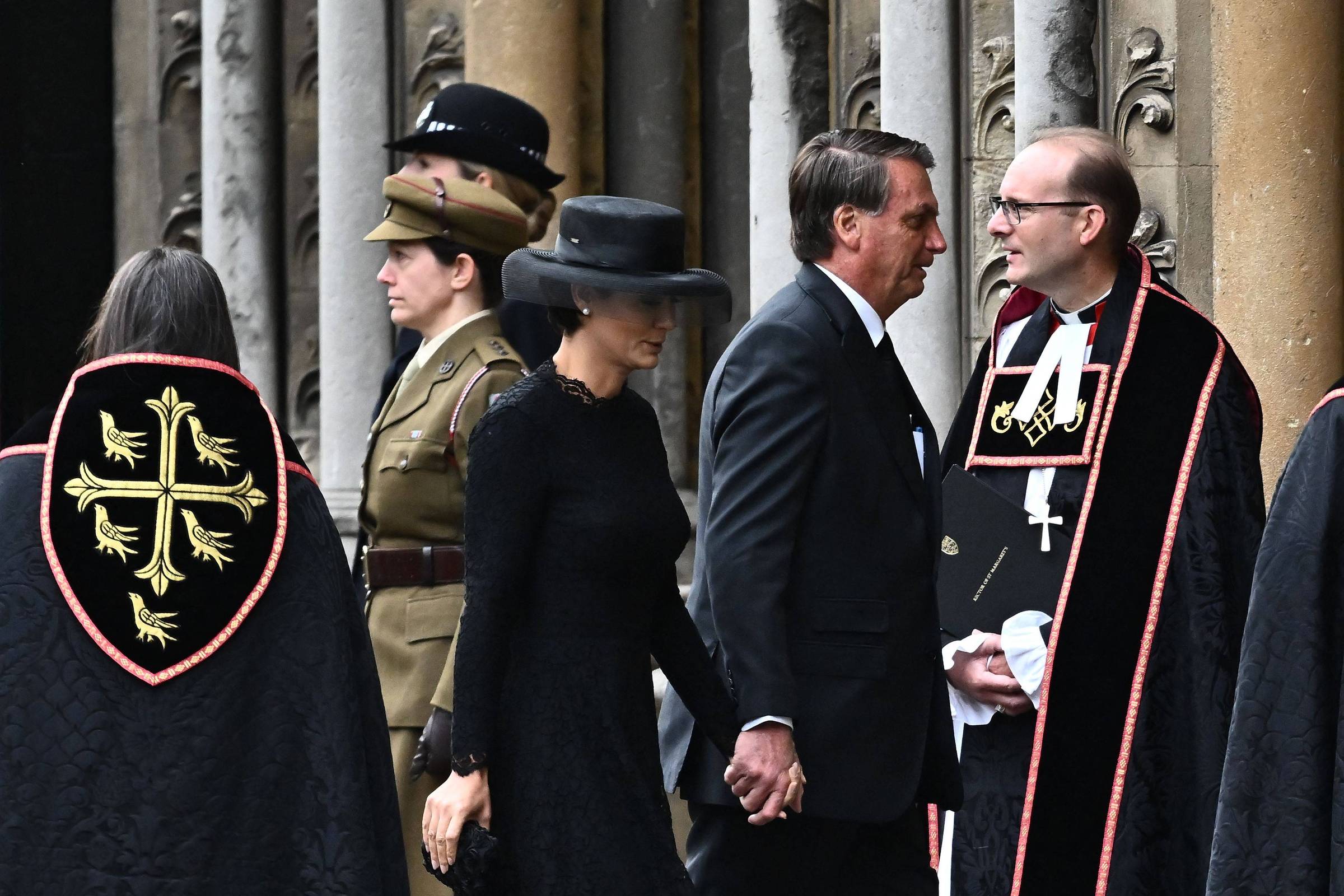 Bolsonaro calls Lula a thief, but denies having gone to London to do politics

In London for the funeral of Queen Elizabeth II, held this Monday (19) with the presence of world leaders, President Jair Bolsonaro (PL) once again called Luiz Inácio Lula da Silva (PT), his main opponent in the October elections, of thief. He was irritated, however, when asked if he went to the United Kingdom to do politics.

Bolsonaro was criticized by opponents and the British press after holding an electoral act with supporters on Sunday (18) in front of the home of the Brazilian ambassador to the United Kingdom, Fred Arruda, when he also called the PT a thief.

“Do you think I came here to do politics? I’m not going to answer. Ask a decent question. If I didn’t come, I’d be criticized,” declared the president as he left for the funeral ceremony.

He returned to talk to dozens of supporters who were waiting for him. “Do you have any doubts that Brazil is the promised land? Why insist on putting a thief back in the presidency?”, he asked, referring to Lula’s candidacy.

Bolsonaro also cited the report by the UOL portal, which revealed that he and his family bought 51 properties with cash in recent decades. “The real estate issue, you bastard! They took my relatives who have a life of their own. Cowardice, cowardice. Three and a half years without corruption in my government,” he declared.

Lula’s campaign appealed to the TSE (Superior Electoral Court) to prevent Bolsonaro from electorally exploiting the images produced during the official trip to London, demanding a fine of R$25,000 to be imposed on the president.

In addition to the first lady, Michelle, he traveled accompanied by evangelical pastor Silas Malafaia, whom he has called an important adviser during the campaign, Father Paulo Antônio de Araújo and federal deputy Eduardo Bolsonaro (PL-SP).

The president’s son has disseminated images with supporters on social media in an attempt to say that the scenes are an example of the president’s strength. This Monday, he published an image with people wearing the colors of the Brazilian flag near the ambassador’s house.

“A crowd waiting for President Bolsonaro to come to the land of the queen and that wonderful press asking me questions to distort the moment”, he wrote.

Fabio Wajngarten, former Secretary of Communication of the Presidency and coordinator of the Bolsonarista campaign, was also with the president in the speech made on the ambassador’s balcony and in other meetings with supporters.

The president attended the ceremony in honor of the queen at Westminster Abbey. Also this Monday, he has on his agenda a lunch with the British chancellery and, later, he returns to the residence of the Brazilian ambassador.

From the United Kingdom, the president leaves for New York, where he participates in the UN General Assembly and gives the opening speech, in a trip with calculated political risk.