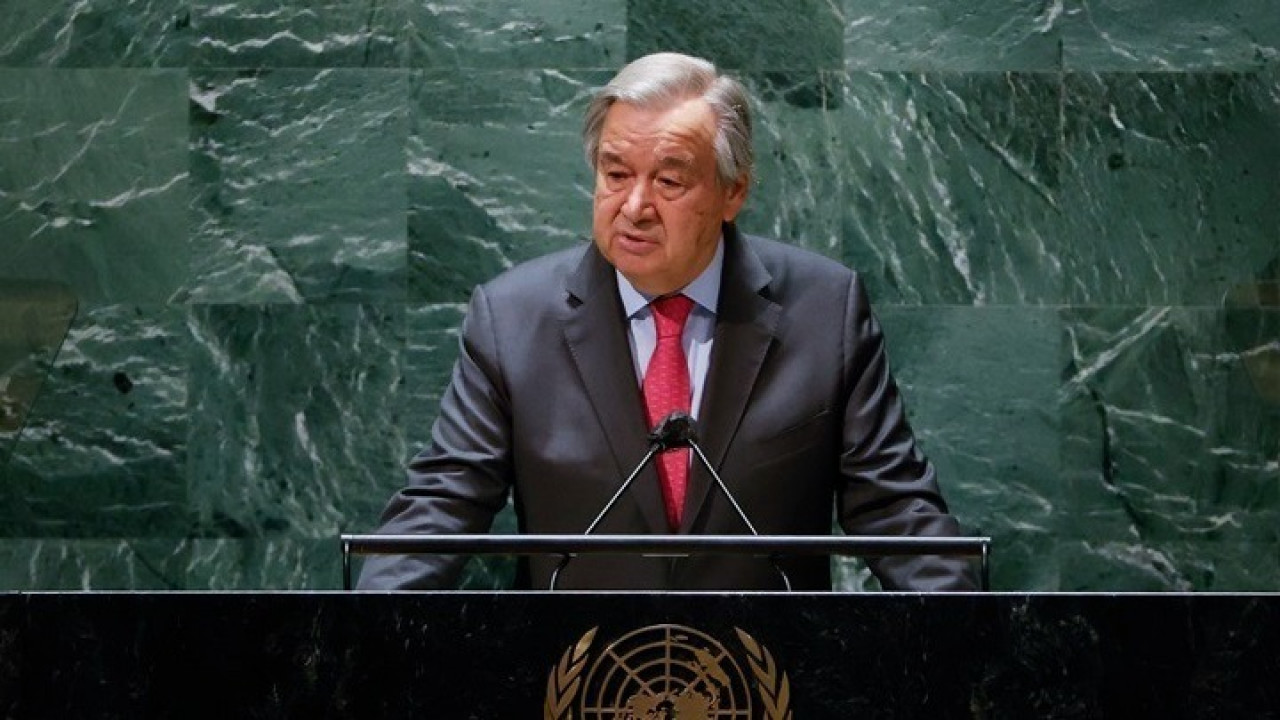 He repeated in his speech his call to the Taliban to allow girls to return to the desks in Afghanistan.

United Nations Secretary-General Antonio Guterres warned that education globally is in deep crisis during a conference in New York, as he repeated his call for the Taliban to allow girls to return to desks in Afghanistan.

He made the appeal as it marks one year since the closure of girls’ secondary schools in Afghanistan by the Taliban, who regained power in mid-August 2021.

“Through this platform, I am appealing to the Afghan authorities: move to remove all restrictions on girls’ access to secondary education immediately,” Mr Guterres said in his speech at the opening of a United Nations education session in New York .

The Taliban, shortly after returning to power, banned girls beyond the sixth grade from continuing their education, plunging them into despair and sparking backlash at home and abroad.

This ban magnifies the risks of marginalization, violence, exploitation and abuse of girls, the UN stressed a few days ago.

If the girls were to return to school the people of Afghanistan would regain hope, according to the Organization, for which the continuation of measures of this nature deepens the crisis in the country.

The fundamentalist Sunnis say the girls will be allowed to go back to school under certain conditions, notably that they wear a hijab and attend classes in separate buildings and with all-female teachers.

Beyond Afghanistan, Antonio Guterres highlighted in his speech that education is experiencing a deep crisis on a global scale, insisting that 70% of 10-year-old children in poor countries are unable to read even a simple text.

The pandemic had a devastating impact on the learning process and hurt progress, he continued. While even in developed countries, unequal treatment of students is entrenched rather than reduced, Mr. Guterres added.

Nobel Peace Prize laureate Malala Yousafzai has spoken of a global “state of emergency” in education.

Wars, conflicts, droughts and floods prevent children from going to school in various countries around the world, he explained, also strongly criticizing the Taliban.

Malala Yousafzai, who campaigned for girls’ right to education, barely survived in October 2021 when members of the Taliban movement in Pakistan shot her in the head on her school bus.

“If you’re serious about wanting a safe and sustainable future for girls, then get serious about education,” said Malala Yousafzai. “Small, stingy, short-term promises” are not enough, a “commitment to upholding the right to full education and closing the funding gap for good” is needed. Addressing world leaders, she demanded to know: “how many more generations are you willing to sacrifice? How long will you make us wait before you do what you promised?’