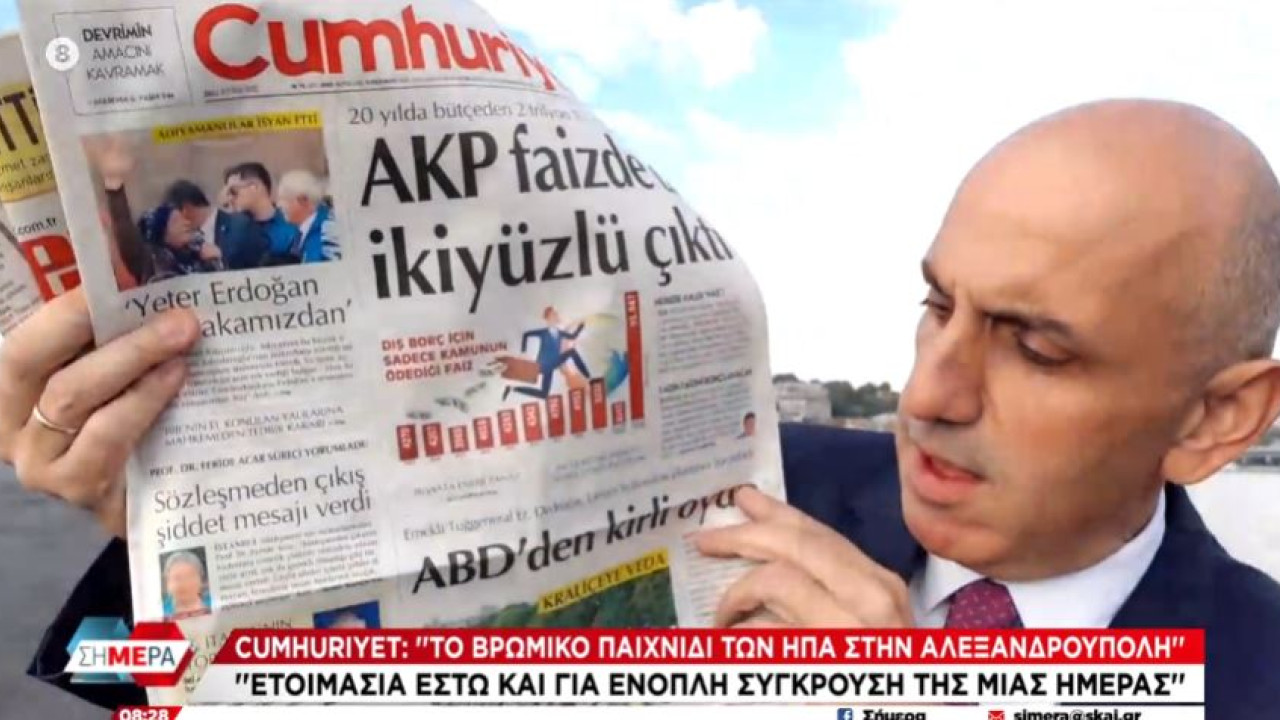 Extreme scenarios in the Turkish press: The US is “preparing” Greece for a one-day conflict in Alexandroupoli

There are indications that the US is trying to bring Greece into a conflict with Turkey even for a day, say analysts of the Cumuhuriyet newspaper

The harassment and extreme scenarios from Turkish press about the US plans in Alexandroupolis.

The opposition newspaper Cumhuriyetas reported by SKAI correspondent Manolis Kostidis, on its front page hosts an article entitled “Dirty play from the USA in Alexandroupolis”.

In it analysts express their concern about the US base in Alexandroupolis and argue that there are signs that the US is trying to bring Greece into conflict with Turkeyeven for a day.

Continuing this narrative, the publication notes that Turkey will not be defeated in this eventual conflict, but will suffer great political, economic and military damage.

It is recalled that yesterday the publication of “Kathimerini” about Alexandroupolis caused great disturbance in the Turkish press, with the Hurriyet to speak of a second Souda.

Milliyet’s article, which states that Russia is preparing direct flights to the Occupied territories, with the leader of the pseudo-state in Cyprus Ersin Tatar declaring that “this is the first step in recognizing the TRNC” caused the same sensation in the Turkish press.

Facebook
Twitter
Pinterest
WhatsApp
Previous article
Chinese have made a face mask that detects the corona virus and flu viruses!
Next article
Kikilias: Direct flights from the USA to Greece are being extended in the winter months as well