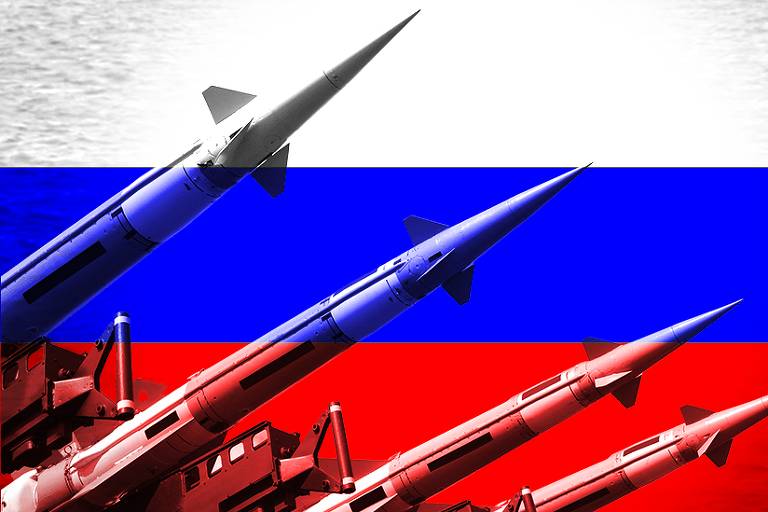 How big and destructive is Russia’s nuclear arsenal?

Russian President Vladimir Putin announced a “partial deployment” of the country’s troops to Ukraine – and threatened to use “all means” at his disposal to defend Russian territory.

Analysts suggest that, rather than indicating a desire to use such weapons — including nuclear weapons — Putin’s actions can be interpreted as a warning to other countries not to step up their involvement in Ukraine.

But Putin’s rhetorical and military escalation has raised concerns around the world. Nuclear weapons have been around for nearly 80 years, and many countries see them as a deterrent to ensuring their national security.

How many nuclear weapons does Russia have?

The exact number of nuclear weapons in each country’s possession is a national secret, so analyzes are based on estimates. While the sharing of this information varies by nation, most disclose their nuclear arsenal numbers.

According to the Federation of American Scientists (FAS), Russia has 5,977 nuclear warheads (devices that trigger a nuclear explosion), although this number includes about 1,500 that are inactive and ready to be dismantled.

Of the remaining 4,500 or so, most are considered strategic nuclear weapons, usually associated with nuclear warfare, that can be launched over long distances.

The rest are smaller, less destructive nuclear weapons for short-range use on the battlefield or at sea. But that doesn’t mean Russia has thousands of long-range nuclear weapons ready to use.

Only 1,588 Russian warheads are currently “deployed”, according to experts — that is, located on missile and bomber bases or on submarines at sea.

In 2020, the country spent about US$8 billion (about R$41 billion) to build and maintain its nuclear forces, according to a survey by the International Campaign for the Abolition of Nuclear Weapons.

How does it compare to other countries?

Russia currently has the largest nuclear arsenal in the world and maintains an extensive nuclear weapons production infrastructure capable of designing and building new sophisticated warheads and missiles.

China, France, Russia, the US and the UK are also among the 191 states that have signed the Treaty on the Non-Proliferation of Nuclear Weapons (NPT). Under the deal, they have to reduce their arsenal of nuclear warheads and, in theory, commit to eliminating them completely.

Since the 1970s and 1980s, the number of warheads stored in these countries has been reduced. India, Israel and Pakistan never acceded to the treaty, and North Korea withdrew from it in 2003.

Israel is the only country of the nine that has never formally recognized its nuclear program, but it is widely accepted that it has nuclear warheads. Ukraine does not have nuclear weapons and, despite Putin’s accusations, there is no evidence that he ever tried to acquire them.

What is the destructive power of nuclear weapons?

Nuclear weapons are designed to cause maximum devastation. The extent of destruction depends on a variety of factors, but ranges from wiping out small and medium-sized cities to the complete destruction of large metropolises such as New York.

Among these factors are: the size of the warhead; at what height it detonates; the surroundings of the place. But even the smallest warhead could cause many deaths and lasting consequences.

The bomb that killed 146,000 people in Hiroshima, Japan during World War II was 15 kilotons. And today’s nuclear warheads can be over a thousand kilotons. Little is expected to survive in the immediate impact zone of a nuclear explosion.

After a blinding flash, there is a huge fireball and an explosion wave that can destroy buildings and structures for miles around. In addition to the impact of the blast, nuclear weapons emit high levels of radiation, which can also be fatal.

It is estimated that, to date, no explosion in tests has surpassed the power of the Soviet Union’s “Tsar-Bomb”, which was dropped in 1961 with a power equivalent to 50 million tons of dynamite (50 megatons) — more than 3,000 times more powerful than the one dropped on Hiroshima.

What does ‘nuclear deterrence’ mean? Has it worked?

The argument for keeping a large number of nuclear weapons has been to have the ability to completely destroy the enemy to prevent them from attacking you. The most famous term for this is “mutual assured destruction” (Mad).

Although there have been many nuclear tests and a steady increase in their technical complexity and destructive power, nuclear weapons have not been used in armed conflict since 1945. To date, the US has been the only country to use nuclear weapons in a conflict situation—devastating the Japanese cities of Hiroshima and Nagasaki.

Russian policy also recognizes nuclear weapons only as a deterrent — and lists four cases for their use: 1) launching ballistic missiles that attack the territory of Russia or its allies; 2) use of nuclear weapons or other types of weapons of mass destruction against Russia or its allies; 3) attacking critical government or military installations; 4) aggression against Russia with the use of conventional weapons when the very existence of the state is in danger.

Weapons at the disposal of Russia

Among the weapons at the disposal of the Russian government are:

Status-6 (nicknamed Poseidon), resembles a large torpedo, but is widely referred to as an unmanned underwater vehicle. It can be equipped with an anti-missile system — including anti-ballistic missiles and laser weapons — and with a cobalt nuclear bomb that, when exploding, causes a 500-meter tsunami wave. It is capable of spreading a cloud of radioactive material over an area of ​​510 thousand square kilometers (almost the size of the state of Bahia).

Avangard, which can carry both nuclear and conventional weapons. It weighs just two tons and travels at least 20 times the speed of sound, allowing it to evade enemy missile defense systems.

Kh-47M2 Kinzhal, a hypersonic cruise missile capable of carrying both nuclear and conventional weapons. It is the only hypersonic missile launched from aircraft in service worldwide and can reach 10 times the speed of sound.