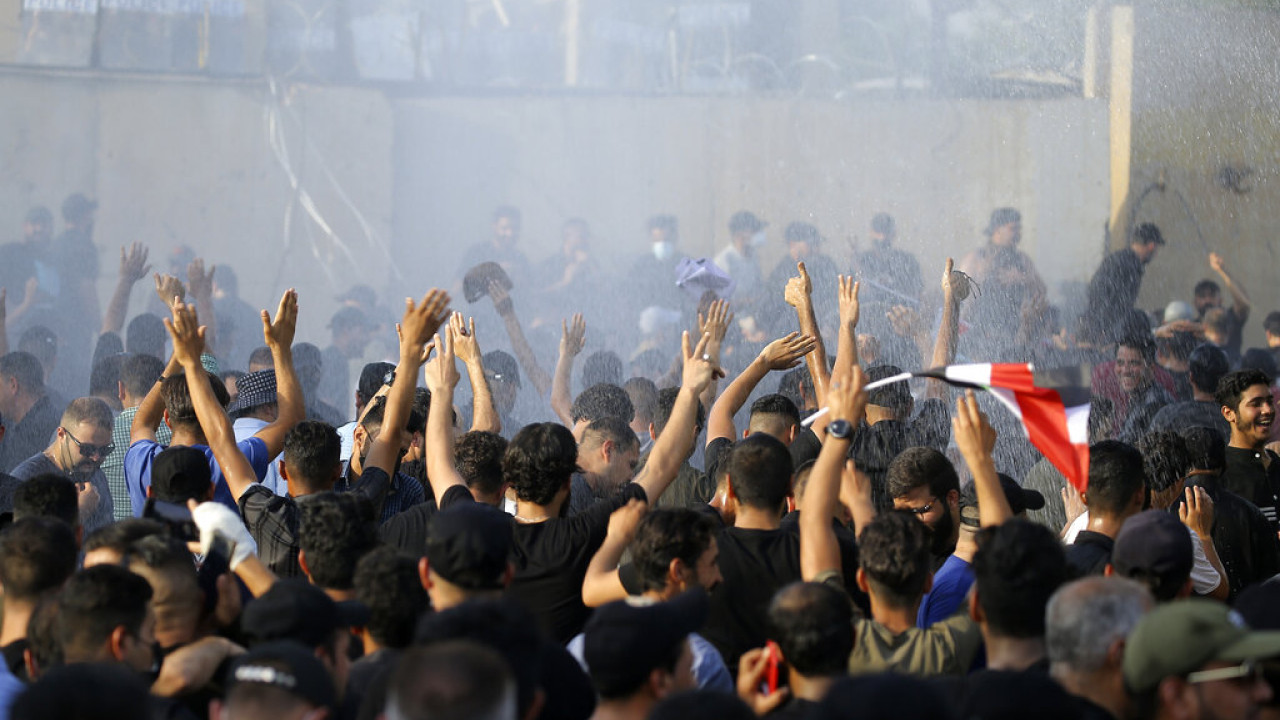 The poster shows Iranian hands joining over the flames of protests.

The Revolutionary Guards announced a counter-demonstration in Tehran in the shadow of the bloody incidents, with at least 31 dead. Protesters are protesting the death of the young woman Mahsa Amini during her detention by the moral police in the Iranian capital.

The counter-demonstration is called the “March Against Chaos” and will be held throughout the province of Tehran after the Friday prayer. The poster shows Iranian hands joining over the flames of protests.

The Revolutionary Guards claim that the situation in Tehran is now “more calm and peaceful”.

“The Iranian people took to the streets to fight for their fundamental rights and human dignity (…) and the government is responding to these peaceful protests with bullets,” the NGO’s director, Mahmoud Amiri-Moghaddam, said in a statement. of which was released after six days of protests.

Three paramilitaries “mobilized to face rioters” in Tabriz (northwest), Qazvin (center) and Mashhad (northeast) were killed in knife attacks or gunfire yesterday, Wednesday, according to Iranian news agencies. A member of the security forces was also killed on Tuesday during protests in Shiraz (center), according to the same source.

Iranian officials have denied any involvement by security forces in the deaths of the protesters.

The Revolutionary Guards are calling for prosecution

The Revolutionary Guards are calling on the Iranian judiciary to prosecute those who spread false news and rumors about the death of 22-year-old Mahsha Amini.

She had been arrested by Iran’s morality police for not wearing her headscarf properly. He fell into a coma while in custody. Her story has sparked outrage and protests across the country, during which police stations and cars have been set on fire.

Authorities have announced they will launch an investigation into the cause of her death and the Guards expressed their sympathy to her family.

“We have asked the judiciary to identify those spreading false news and rumors on social media and on the street as they endanger the psychological safety of society,” said the Guards, who have cracked down on protests in the past.

“The will of the Iranian people is this: do not feel sorry for the criminals,” the hardline Kayhan newspaper said in an article, according to Reuters.