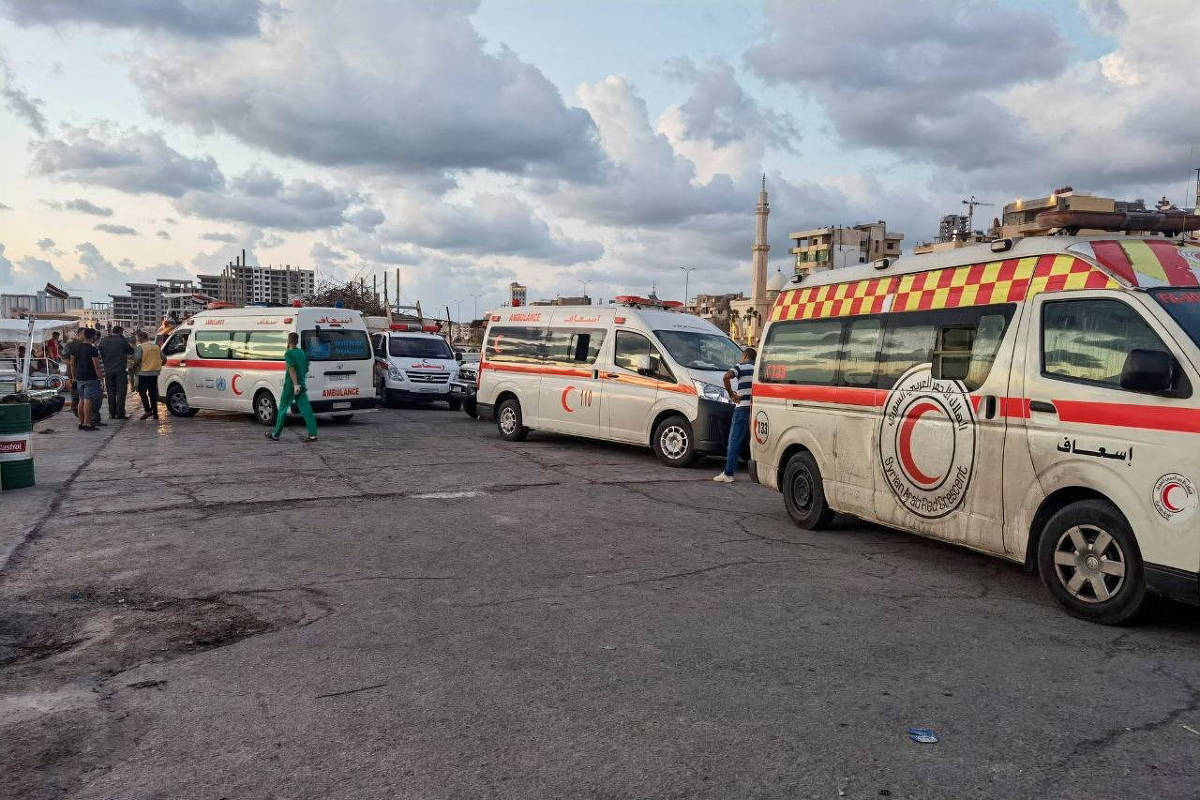 Boat with refugees sinks in Syria, killing at least 34

Syrian authorities found 34 dead and 15 survivors from a migrant boat that sank near the coastal town of Tartous on Thursday, the health ministry said.

According to survivors, the vessel departed from El Minié, in northern Lebanon, and was carrying citizens of various nationalities. The final destination was Italy, according to the Lebanese Foreign Ministry.

Samer Qubrusli, director general of ports in Syria, said the search operations were under way in difficult conditions due to rough seas and strong winds.

Dozens of people in the Lebanese city of Tripoli staged a protest on Thursday to alert authorities that they had lost contact with a boat carrying dozens of migrants.

Lebanon is experiencing an increase in migration driven by one of the deepest economic crises in the world since the 1850s. In addition to the Lebanese, many of those boarding were refugees from Syria and Palestine who lived in the country.

The number of people who left or tried to leave Lebanon by sea almost doubled in 2021 compared to 2020, and increased again by more than 70% in 2022 compared to the same period last year, the United Nations refugee agency said, UNHCR told Reuters earlier this month. This year, from January to August, 1,826 people tried to escape the country via the Mediterranean.

The main reasons cited include an inability to survive in Lebanon due to the deteriorating economic situation and lack of access to basic services and limited job opportunities. They also seek to meet with family members or acquaintances who already live in the destination countries – today, most immigrants try to reach Cyprus.

On August 30, the Lebanese authorities announced that they had intercepted two vessels leaving the country. According to the government, human traffickers charge the equivalent of R$20,000 for crossing the Mediterranean.

The Lebanese currently have sporadic access to electricity, fuel and water. Medications are also lacking.

In a survey with data mined since the mid-19th century, the World Bank states that Lebanon is experiencing one of the worst economic crises in the world. The situation is more serious than during the 1975-1990 civil war. Real GDP per capita fell by 37% from 2018 to 2021. The currency has lost more than 90% of its value, devastating savings. More than three quarters of the inhabitants live in poverty.

The fault lies with a corrupt political class that has sunk the country into debt for decades, analysts say. Lebanon had been borrowing to pay off loans — in short, a pyramid scheme — and the situation came to a head in 2019, leading to convulsive street protests.

The Covid-19 crisis has further aggravated the situation. It couldn’t get any worse, until an explosion in the port of Beirut devastated entire swathes of the city in August 2020, killing 218 people and leaving billions of dollars in damage. Caused by negligence, the accident destroyed grain stores, aggravating the famine.

Lebanon is home to a vast refugee population. There are at least 1.5 million Syrians, fleeing the civil war that has raged in their country since 2011. In comparison, Lebanon’s total population is around 6 million people. The country is also home to a historic community of Palestinian refugees, who arrived expelled by Israel.

Facebook
Twitter
Pinterest
WhatsApp
Previous article
Ropes message to Turkey: Those who do not respect what the EU stands for cannot benefit from it
Next article
Katerina Sakellaropoulou at the opening of “ANIMASYROS 2022”: A festival with the aroma of the Cyclades