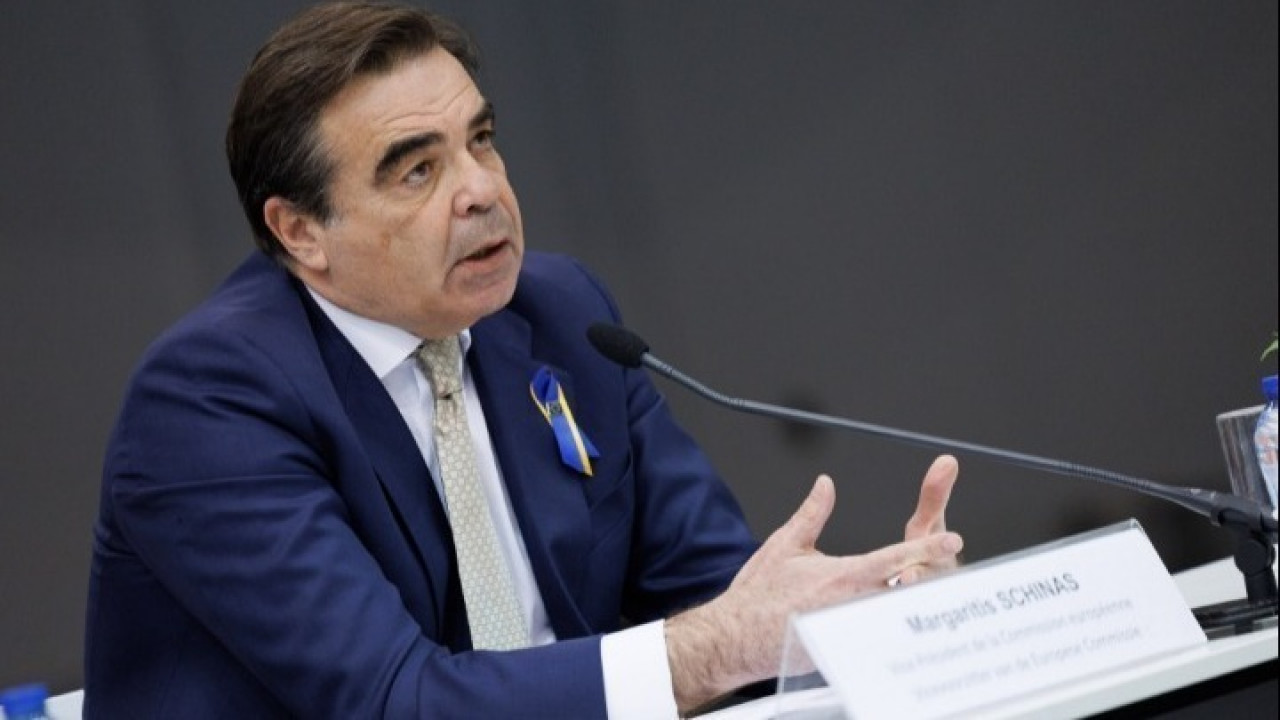 Ropes message to Turkey: Those who do not respect what the EU stands for cannot benefit from it

Being a force for good in the world – as the EU is and must continue to be – does not mean it is an appeaser. It should not mean bad judgment dressed up with good intentions,” he added.

The Vice-President of the Commission, Margaritis Schinas, left clear tips for Turkey while speaking at the College of Europe at an event held in Brussels, stressing that those who do not respect what the EU stands for cannot benefit from the customs union, access to the single market or financial programs.

In particular, Mr. Schinas said that “in two weeks, EU leaders will gather in Prague to discuss, among other things, the prospects of a ‘European Political Community’.” It is a critical moment, I believe, for EU member states and our partners to firmly recommit to our fundamental principles and values” pointing out that “for such a community to succeed, there can be no gray areas.

Those who do not respect what the European Union stands for cannot benefit – or continue to benefit – from access to our single market, our customs union or our funding programmes. And we, as the EU, must be ready and willing to put it into practice.” He also noted that Europe’s “age of innocence” must be a thing of the past.

“A few days ago we heard the President of Turkey use the floor of the UN General Assembly to launch an unfounded attack against two EU member states, speaking of ‘tyranny’ in Cyprus and accusing Greece of ‘crimes against humanity’ . We have seen Turkey, on the one hand, play a laudable, decisive role in brokering an agreement on Ukrainian grain exports through the Black Sea and at the same time play a dangerous game of expediency by refusing to join the sanctions against Russia. This, while it is a candidate country for joining the EU and a member of NATO” underlined the Vice-President of the Commission, adding that the EU must be more categorical.

“We must leave Europe’s ‘Age of Innocence’ behind us once and for all.

Being a force for good in the world – as the EU is and must continue to be – does not mean it is an appeaser. It should not mean bad judgment dressed up with good intentions,” he added.

Regarding immigration, he said the EU stood up to “attempts by authoritarian neighbors to use people as pawns in their political games, instrumentalizing immigration.”

“Europe has been and will always be open to immigrants and those fleeing war and persecution. We have put forward an ambitious set of proposals as part of the New Deal on Migration and Asylum to build a comprehensive system to replace the current patchwork of regulations that have proven unable to cope with the scale of arrivals in modern times,” he stressed, explaining, however, that ” we will never allow people to become a mere transaction in the hands of traders and traffickers. From the Ebro to Ceuta to the EU’s border with Belarus, the EU has stood united to support our Member States under pressure.”

Facebook
Twitter
Pinterest
WhatsApp
Previous articleI want girls to see that it is possible to reach a prominent position, says Manu Buffara
Next articleWith almost 80% of the Amazon rainforest devastated, Maranhão has the challenge of recovering it