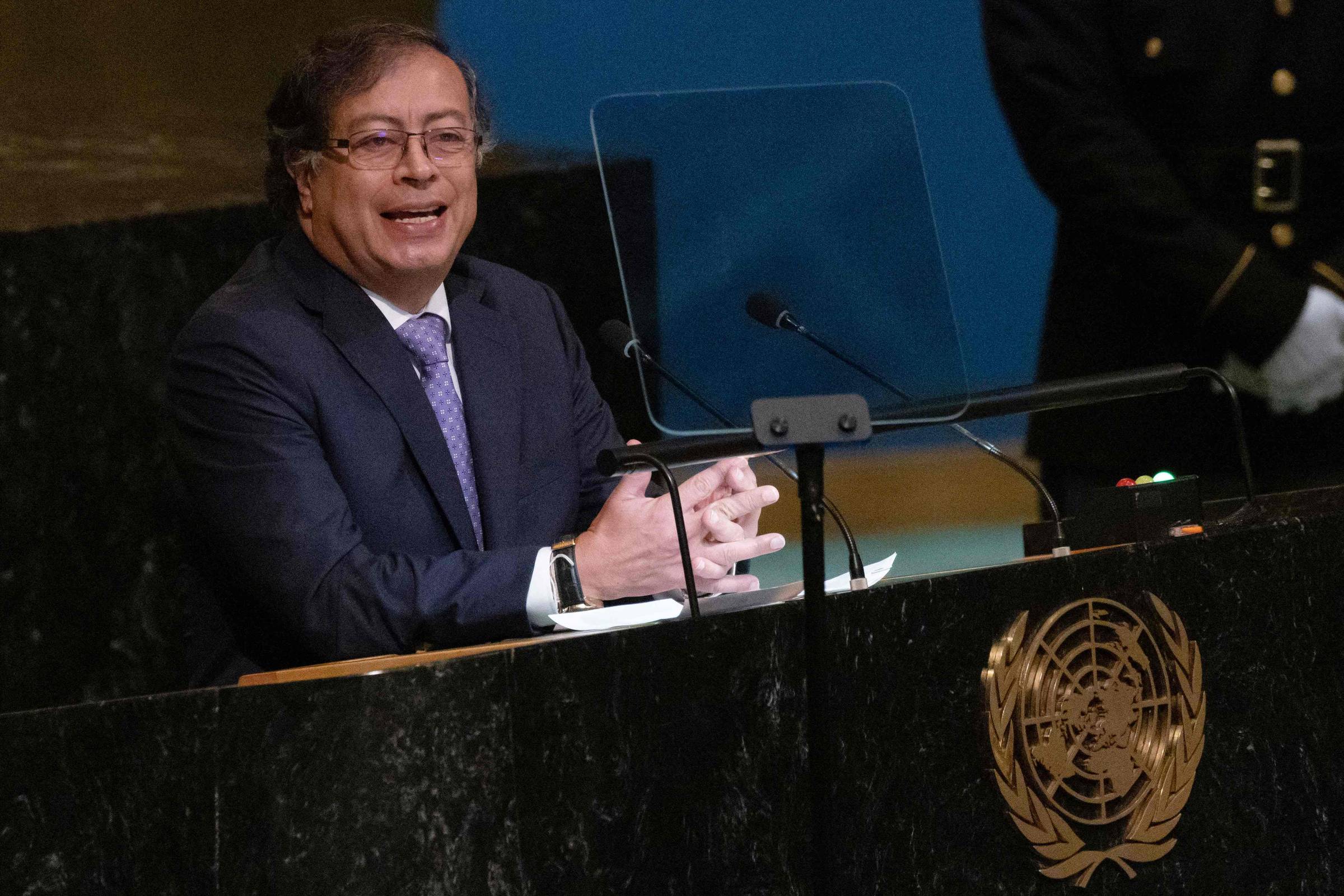 Ceasefire with armed groups in Colombia could be a matter of days, says Petro

The President of Colombia, Gustavo Petro, announced this Thursday (22) that in a matter of days the possibility of a multilateral ceasefire opens, allowing the “beginning of the end of violence” in the country.

According to him, government officials and the Peace Commissariat have contacted members of illegal armed groups, such as the National Liberation Army and dissident members of the FARC (Revolutionary Armed Forces of Colombia), regarding talks between the sides, which should take place coming soon.

“To all those who want a negotiation process with the Justice in Colombia to dismantle criminal organizations, what we propose is a cessation of hostilities, crimes, deaths, ceasefires”, he added, in a conversation with journalists at the end of his agenda in the Assembly -UN General in New York.

Petro also said that the Army will be able to reach areas where it cannot reach today because drug trafficking organizations control such territories, which would be possible because the guerrillas would stop firing. “Every time we talk more about peace in Colombia, we need to talk about peacefully resolving the drug trafficking problem.”

A former guerrilla, Petro had said a few weeks ago that the troops need to change the concept of war, as his government opted for dialogue with the ELN, considered the last recognized guerrilla, and for proposing agreements with the other groups to end the violence in exchange for criminal benefits.

In his speech at the UN on Tuesday (20), Petro asked Latin American countries to join forces to end the war on drugs. Colombia’s first leftist president, the leader has long considered the fight against drug trafficking a global failure — he used his inaugural address in August to call for a new international strategy to combat narcotics.

Drug trafficking and the war on drugs are key factors in Colombia’s armed conflict, according to a report by the country’s Truth Commission, established as part of a 2016 peace agreement with the now-demobilized FARC guerrillas.

Colombia, considered the world’s largest producer of cocaine, is under frequent pressure, mainly from the United States, to reduce production of the drug. For decades, the US has committed millions of dollars in training and equipment against drug trafficking and rebel groups.