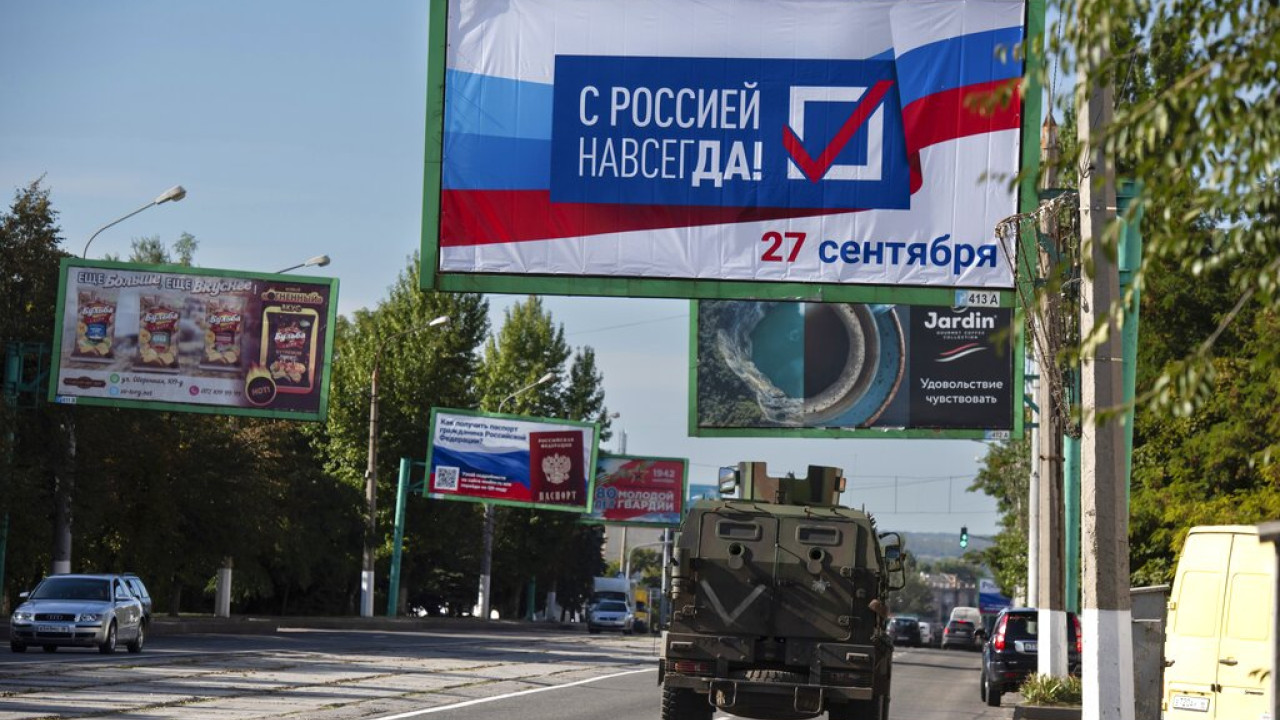 The “referendums” have begun in Donbass for annexation to Russia

Referendums are being held in the separatist, pro-Russian Donetsk and Luhansk provinces as well as the Russian-held regions of Kherson and Zaporizhia provinces.

Referendums on integration into Russia began this morning in Ukrainian regions controlled in whole or in part by Moscow, Russian media reported, a vote that Ukraine and the West have labeled a “sham referendum”.

The process, which started at 08:00 (local time and Greek time) and is expected to last until September 27, is taking place in the separatist, pro-Russian provinces of Donetsk and Luhansk (in eastern Ukraine) as well as in the Russian-held areas of the provinces Kherson and Zaporizhia.

NATO: The Russian “pseudo-referendums” will never be recognized

“The mock referendums in the Ukrainian regions of Donetsk, Luhansk, Zaporizhia and Kherson lack legitimacy and will be a flagrant violation of the UN Charter,” the North Atlantic Council, NATO’s main political decision-making body, said in a statement. “NATO allies will not recognize the illegal annexation (of territory). These lands are Ukrainian”, the same statement underlines.

Referendums on the accession of regions to the Russian Federation are to be held from Friday to Tuesday in occupied territories of eastern and southern Ukraine, which together represent about 15% of Ukrainian territory.