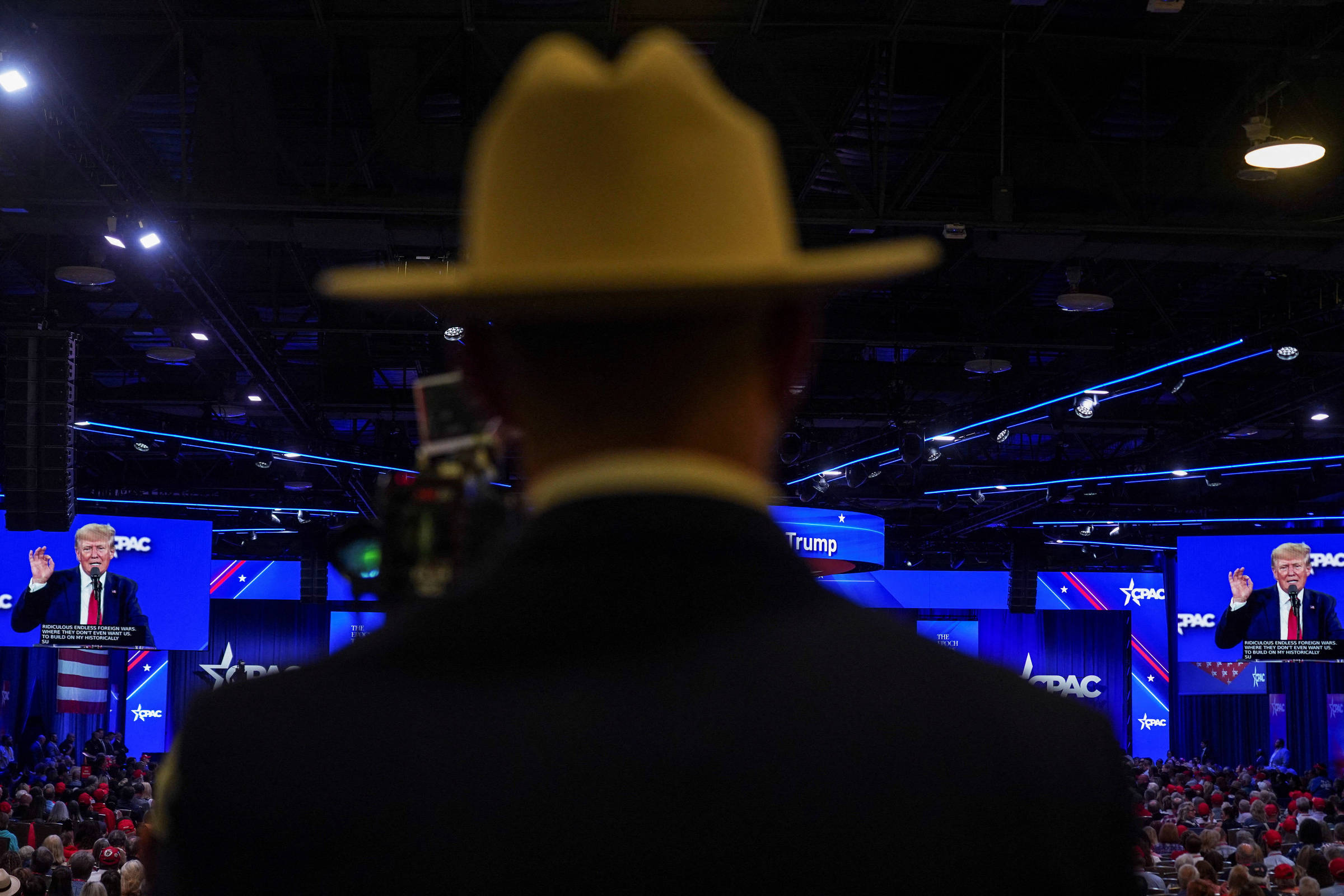 Opinion – Ross Douthat: How a new conservatism wants to dominate the Republican Party in the USA

The movement known as national conservatism, which has just wrapped up its most recent conference in Florida, represents the third major attempt to resolve the Republican Party’s fundamental political dilemma in the 21st century: how an acronym that has historically represented the rich and big business can adapt to a world where the electoral base of conservatism is not only composed of the middle class, but is also blue-collar, poorer and disappointed with the economy?

The first attempt at adaptation was made by George W. Bush. Its slogans were “compassionate conservatism” and “ownership society,” and its policies included new spending on education and health, support for faith-based programs to fight poverty, and easy credit for first-time homebuyers. Everything was theoretically aimed at fostering self-sufficiency rather than dependence, building a conservative alternative to the liberal welfare state.

After Bushismo got stuck in the housing bubble and the financial crisis, it was time for the second adaptation: the so-called reformist conservatism, idealized (I was one of the creators) as more realistic and prudent, proposing a set of technocratic solutions to increase mobility economy and improve middle-class life—especially middle-class family life—without blowing up the federal budget.

This work seemed to have everything to influence an eventual administration of Jeb Bush or Marco Rubio — until Donald Trump simultaneously absorbed it, destroyed it and offered more. Trump moved far to the right of the reformocons on some issues: reformist conservatism wanted a migration policy based on immigrants’ qualifications; Trump simply promised to build a wall.

And it was far to the left of them on other points: reformist conservatism intended to condition the right of people to receive benefits to the presentation of proof of their financial situation; Trump simply promised to protect them. And he emphasized issues like trade and industrial policy, which had received less attention from analysts. And most of this he did instinctively, not the agenda of some think tank.

National conservatism represents the most complete version of this effort. It is more philosophically ambitious. His guru, Yoram Hazony, claims to have rediscovered a consistent non-liberal, non-authoritarian Anglo-American conservatism that would have its roots in the long-discarded conservative Protestant legacy of the elite.

But on the political side, the basic question your movement needs to answer hasn’t changed since the Bush era: How can the Republican Party, still the one of free markets and tax cuts, represent and support its working-class voters?

Generally speaking, the answer has been to add the Trumpist emphasis on trade and industrial policy to the reformist conservative one on family policy, including some antitrust impulses. It is a vision in which conservative governance supports skilled blue-collar jobs, national industry and parents of young children, while seeking to undermine the power of elite universities and Silicon Valley.

This view is more present among speakers at conferences than in Congress. But it has already taken legislative forms, including two proposals put forward by Republican senators. The first, by Tom Cotton, promises to reform vocational education and subsidize the work of skilled professionals, offering a $9,000 voucher for students to become apprentices in skilled manual and mechanical professions rather than attending college.

The second, by Rubio, is an update on his previous family policy proposals, framed as an anti-abortion program and linked to the overthrow of Roe v. Wade. She proposes increasing tax breaks for children and adoption, along with programs to support mothers.

Compared to the current situation, both projects are good — just as, compared to conservatism that just cuts capital gains taxes and declares victory, the synthesis of industry and family politics is eminently desirable.

However, having already witnessed several cycles of attempts to realign public policies on the right, I have an idea of ​​the difficulties that lead these efforts to fail.

The first is that because Democrats are almost always willing to spend more than Republicans, whenever an issue comes to the fore in public debate there is a tendency for the left to offer more than conservative reformers.

This has happened, to some extent, with industrial and family policy: Biden’s Democrats have tried to co-opt the two issues, leaving populist Republicans relegated to either playing the role of junior partners in bipartisan agreements or discussing policy formulation, criticizing the details of a given industrial policy proposal.

This in itself is not a fatal problem. Bipartisanship has its place, and the purpose of changing Republican economic policy is not simply to do better than the Democrats—it is to articulate better public policy and minimize the Democratic advantage when it comes to the basic job of politics: rewarding voters.

And, in an era of inflation-driven limits, especially, to say that “we want to do some of the same as the Democrats, but smarter, spending less and without the progressive cultural baggage” is a perfectly reasonable political ambition and a solid political message. (and arguably preferable to saying “vote for us, we will do nothing but reduce taxes on the rich”).

But “perfectly reasonable” and “solid” is what reformist conservatism has promised in the past. The rise of Trump was supposed to change everything, to bring to light the utter bankruptcy of the existing political consensus, the need for a conservatism whose thinking transcends tax credits and related measures.

And that ambition clashes with the second challenge national conservatives face: the fact that inflation, if sustained, will force ambitious politicians to make tough choices — for conservatives, those choices are constrained by the right’s aversion to raising taxes. about the rich.

There are exceptions, and Cotton and Rubio take advantage of them. You can tax the rich if they are liberal rich institutions; Cotton funds his voucher in part with a tax on donations to wealthy private universities. It can tax the upper class, reducing tax incentives; thus, Rubio funds family policies by eliminating the deduction of state and local taxes.

Again, these are good policies. Our rich universities deserve to be taxed, and deductions deserve to disappear. But they are self-limiting policies, suited to a modest technocratic agenda but not to, say, the sort of industrial policy spending that Steve Bannon promised in the past that Trumpism would do. Nor is there a more generous family policy that could raise the birth rate or help the anti-abortion movement realize its ambitions.

And a self-limiting trend, though understandable, points to a plausible future in which national conservatism allows itself to be reabsorbed into the republican mainstream without having carried out its revolution.

As Park MacDougald has noted, in the few years since they started holding conferences, national conservatives have already begun to moderate their speech. The first conference, he said, was “chaotic, controversial and unorthodox in good and bad ways.” But with national conservatism gaining prominence, we have seen the arrival of a softer version of it, with few fringe provocations, less unorthodox political substance and “a more conventional republican agenda.”

Much of the national-conservative movement seems willing to mobilize around Ron DeSantis — understandable and, compared to the alternative of a revamped Trump, prudent. But is DeSantis really a “natcon” or is he just a Republican able to ride a populist wave and take advantage of liberal cultural excesses? And if the latter option (which is likely), how much should national conservatism ask him to do? And what will become of the natcon ideology if, say, DeSantis is elected president by a narrow majority, some fiscal space opens up, and he uses most of that to cut taxes on high-income sectors, as is customary for Republicans?

One answer is that a few natcons will lapse into honorable political irrelevance, while the rest will be content to be “low-demand partners.”

But that epithet isn’t entirely fair: like reformocons and compassionate conservatives, natcons have strong non-economic reasons for staying in the Republican coalition. As long as the party continues to be anti-abortion or to align itself against cultural progressivism, they will be gaining something important.

What they want, however, is to lead the coalition — to set the priorities of the right and seek a majority in the style of Reagan or Roosevelt. And to achieve that, they will need to find the lever that predecessors never found.