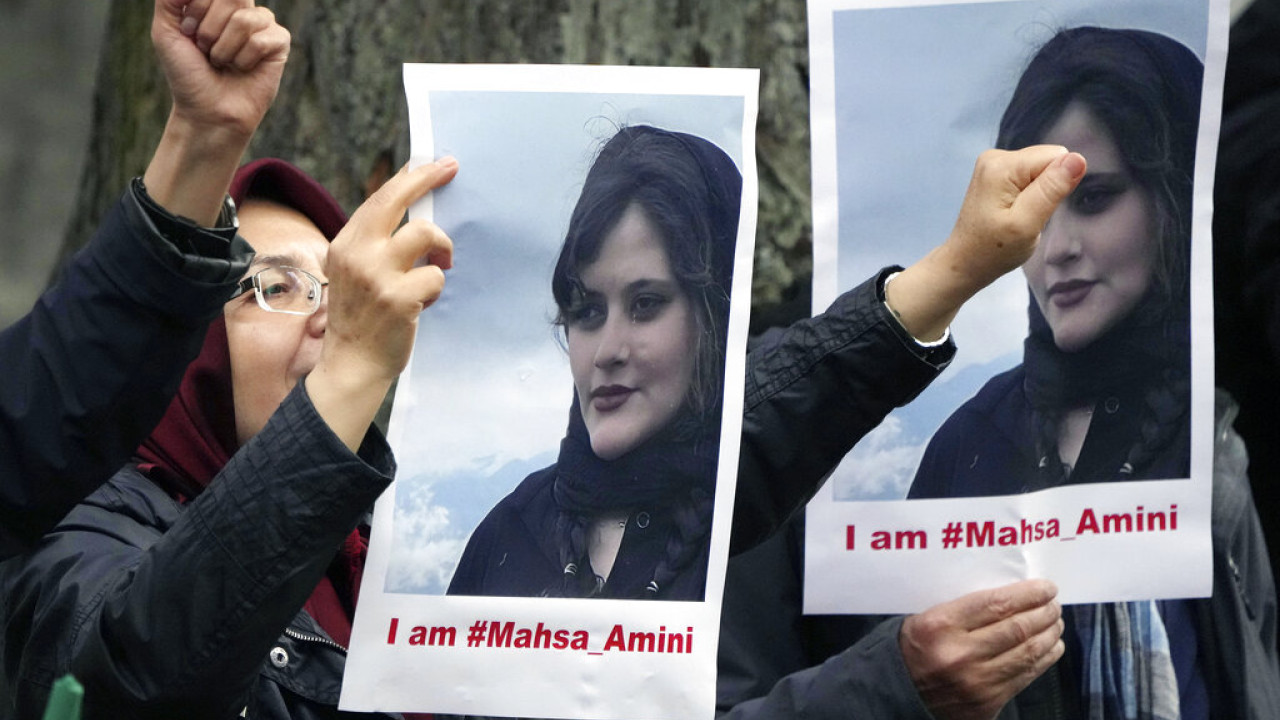 Iran: The headscarf rebellion is drowning in blood – 36 dead

Most of the protests are concentrated in the northwestern provinces where Kurds live, but have spread to the capital as well as at least 50 cities, with police using force to disperse them.

Iran’s military warned today that it will “confront the enemies” to guarantee security and peace in the country, as protests over the death of 22-year-old Mahsa Amini, the young woman who was detained by the morality police, spread.

A total of 36 people have so far been killed in the crackdown, according to a tally released by a New York-based human rights NGO.

In a statement, the army says that “these desperate actions are part of the enemy’s satanic strategy to weaken the Islamic regime.”

Mahsa Amini, originally from Kurdistan province, was arrested on September 13 in Tehran, where she was visiting with her family, “for wearing inappropriate clothes” by the morality police, a unit tasked with enforcing the country’s strict dress code.

In Iran, women are required to cover their hair when in public. Also, the morality police forbid women from wearing short coats, above the knee, skinny pants and ripped jeans as well as brightly colored clothing, among others.

Amini fell into a coma after her arrest and died on September 16 at the hospital where she had been treated, state television reported and the family said.

Activists allege he suffered head injuries while in custody. Iranian police rejected the accusations and launched an investigation.

Amini’s death sparked a huge wave of anger and the worst protests to have taken place in Iran since 2019.

Most are concentrated in the northwestern provinces where Kurds live, but have spread to the capital as well as at least 50 cities, with police using force to break them up.

“Expect the death toll to rise. World leaders must pressure Iranian officials to allow protests without the use of lethal force. The government has responded with live fire, with bullets and tear gas, according to videos posted on social media showing protesters bleeding,” CHRI said in a statement.

Oil on the fire

The president’s statements yesterday added “fuel to the fire”. Rice who mentioned that there are no signs of abuse of the girl by the police, according to the forensic examination.

He stated that the circumstances of the 22-year-old girl’s death will be investigated.

However, he tried to divert the conversation by saying “what about all the people killed by the police in the US?”.

Regarding the protests, President Raisi did not categorically reject them, but he did not seem to condone the extreme violence by the authorities.

The Iranian police claims Amini died of a heart attack and she was not abused, which her family and the international community dispute.

Independent experts linked to the UN said on Thursday that reports suggested he was severely beaten by morality police, without offering evidence.

Facebook
Twitter
Pinterest
WhatsApp
Previous article“I stepped on her” – Faye Scordas, a victim of electronic fraud – What she revealed on “Our Breakfast”
Next articleMany dead migrants shipwreck off Syria – The boat had started from Lebanon