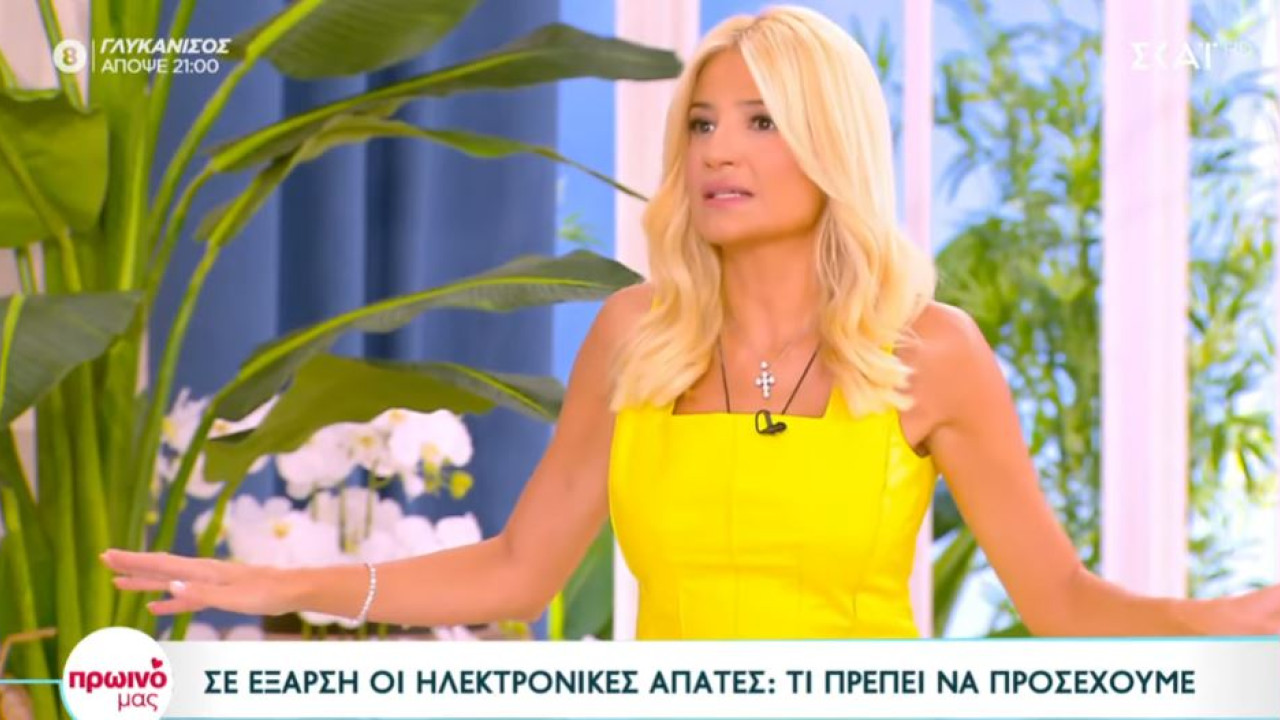 “I stepped on her” – Faye Scordas, a victim of electronic fraud – What she revealed on “Our Breakfast”

“It was a hassle. A lot of attention is needed”, emphasized the presenter who escaped the worst

The victim of electronic fraud was Faye Skordas as he revealed on the air of the show “Our breakfast.”

The presenter stated that a message was sent to her cell phone by an alleged postal company which he was asking her for a small monetary consideration for a package he was waiting for.

Specifically, the message stated that as the product comes from America, yes an extra euro or two must be charged to the card.

As he said Fai Scordas clicked on the link that was in the message and completed the money transfer.

However spared the worst as her bank called her, explained what had happened and had to cancel all her cards and reissue them with different codes.

“It was a hassle, but I stepped on it. Great attention needs to be paid to electronic links”, she said characteristically.

Complaints about similar incidents have been “raining” in recent days, as noted in a related report by her partner and journalist Theodosis Panos.

Facebook
Twitter
Pinterest
WhatsApp
Previous article“Agia Sophia” Children’s Side: The problem of waiting for surgeries has existed since 2017
Next articleIran: The headscarf rebellion is drowning in blood – 36 dead