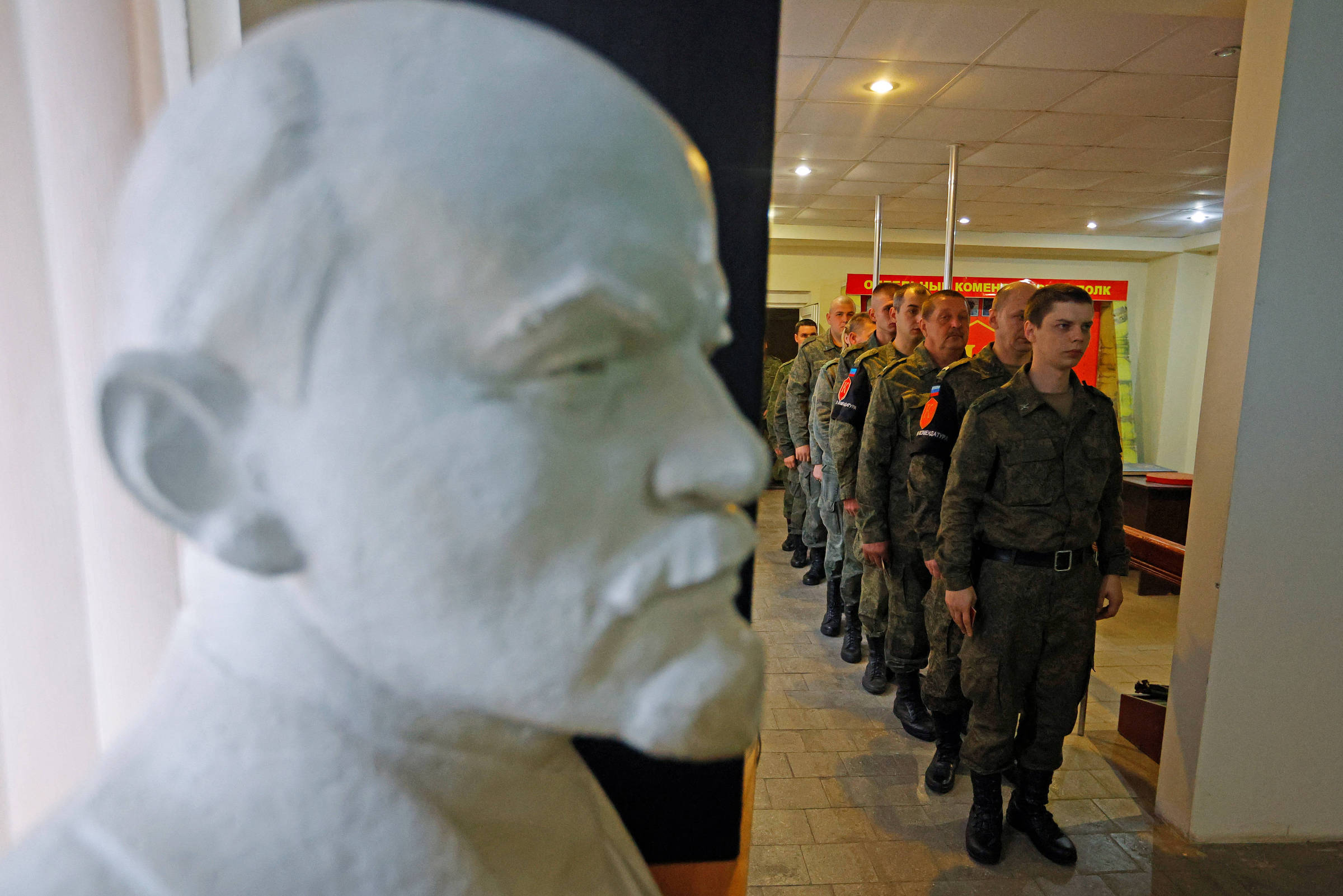 Russian occupation authorities began a vote this Friday (23) aimed at giving a legalistic veneer to the annexation of about 15% of Ukraine, invaded by Vladimir Putin on February 24. The process goes until Monday (27).

It comes as Kiev increases military pressure on the city of Liman, a strategic outpost in Donetsk province, which since 2014 has been partly dominated by pro-Russian separatists. There were also occasional attacks on polling stations, ballot deposits and the regional capital, which reported six deaths according to the local government.

Russian state media, in turn, highlighted the long lines at various points in the four affected regions. They are Donetsk and Lugansk, which make up the Russian-speaking east of Ukraine, called the Donbass (Don River basin) and whose recognition as autonomous republics by Putin marked the prelude to the war, and the southern areas of Kherson and Zaporijia.

Looking at the map, the Portugal-sized territory forms what Russian nationalists call New Russia, a land link between the south of their country and the Crimean peninsula, annexed without a shot by the Kremlin in 2014.

The annexation, followed by a partial mobilization of 300,000 reservists that spread anger and panic in the Russian middle class, was a card played by Russia at its worst moment of the war. Putin lost nearly 5% of the territory he held in Kiev’s surprise counteroffensive in Kharkiv province earlier this month, the first victory for Volodymyr Zelensky’s government in the conflict.

In addition, the Russian threatened to use nuclear weapons according to the doctrine he approved in 2020: if there is an existential threat to the Russian state. With the annexed areas being seen by Moscow as its own, the message is clear, although it is widely seen as the bluff Putin swore he wasn’t pulling.

Since then, Ukrainian actions have lost steam, probably due to exhaustion of material and troops – the second problem has been visible in the Russian offensive since its inception, and the long-delayed mobilization to avoid damage to Putin’s 80% popularity ended up being made.

In the main urban centers, what is seen is panic in the middle class, although there is exaggeration about a supposed great exodus from the country. In any case, the Ministry of Defense has listed a series of professions that exempt the citizen from the eventual summons, which the ministry says focuses on people with military experience: IT workers and journalists are among those spared.

The Kiev attacks do not appear to be able to stop the process decided by Russia, which is being widely criticized at the UN General Assembly, which takes place in New York, as a great farce. Zelensky’s adviser Mikhailo Podoliak said on Friday that the whole process is nothing more than propaganda.

The same was said in 2014, when Putin reacted to the overthrow of his ally Viktor Yanukovych from power in Kiev. The difference is that Ukraine now has soldiers with combat experience, equipped with a variety of Western weaponry and motivated by invasion.

Annexation costs will be prohibitive

While the UN never recognized the 2014 annexation, the West treated it as a fait accompli. That won’t happen now, but a problem perhaps as big as American shells in Ukraine’s hands will arise: the financial cost of the process, ignored in Putin’s official speech.

Crimea, which equates to 7% of Ukraine’s total pre-2014 territory, has proved to be a money drain for Moscow. In 2021, the Kremlin allocated the equivalent of BRL 7.7 billion in subsidies to the government of the two entities created there: the Republic of Crimea, with 1.9 million inhabitants, and the federal city of Sevastopol, with 510,000 residents. . The amount supports 70% of the local budget.

According to a detailed 2019 study by Moscow economist Sergei Aleksatchenko, in those first five years the total bill for the Kremlin was R$120 billion, or one-tenth of the average Russian annual GDP of that period. This includes more than BRL 25 billion in infrastructure projects, such as the massive Crimea bridge, which links the region to mainland Russia.

These are expressive values, and it is necessary to consider that Crimea has not gone through eight years of destructive civil war and seven months of conflict between states, such as the Donbass-South junction, which is more than twice as large and with more inhabitants: before violence, there were an estimated 7 million people in the regions.

The number is imprecise because Russian occupation is variable. It is 60% of Donetsk, and perhaps 95% of the other four regions, but it serves to give an order of the size of the challenge of integrating that population to the 146 million Russians.

Furthermore, despite having been subject to Western sanctions since 2014, the Russian economy has recovered relatively well and is not subject to a much more restrictive set of punishments as it is now, forcing one to look to partners such as ally China and ambiguous India for close their accounts exporting hydrocarbons at a discount.

Crimea’s 2014 absorption process was approved by the Kremlin two days after the vote. The peninsula is a historic Russian region, made up primarily of ethnic Russians, so the vote with 95.5% approval for the annexation may have been fraudulent and certainly violates international law, but it wasn’t much different from national sentiment.

The same could be said of the areas that spent eight years in separatist hands in Donbass, although there the Kremlin had never wanted effective annexation until this 2022, precisely because of ethnic heterogeneity and costs.

The reality is different now, with large areas mixed ethnically and an explicit military aggression involved, which suggests that the one-off attacks by saboteurs in Donetsk could be the first of many.

Facebook
Twitter
Pinterest
WhatsApp
Previous articleErdogan’s extreme challenge for the fall of Tripoli: Thousands of Muslims and Jews were brutally murdered – Photo
Next article“Together We Can”: Summary of July and August 2022 actions