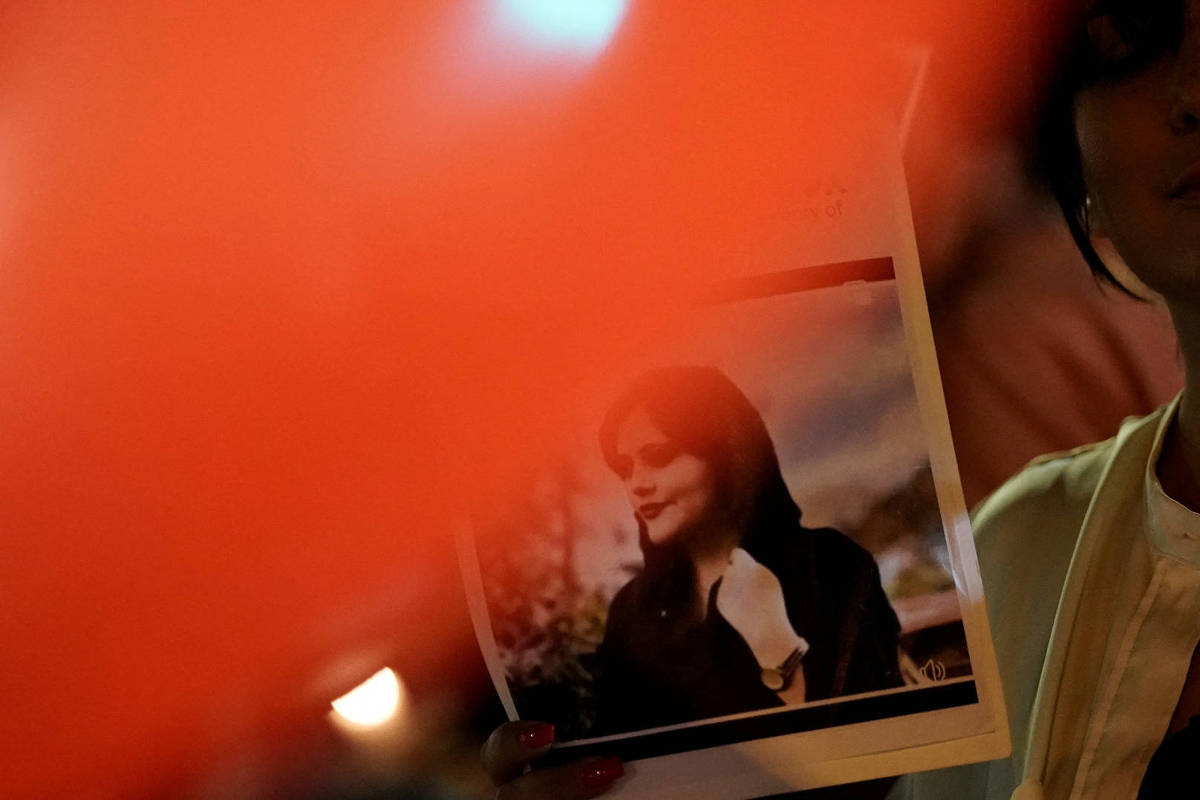 After days of repression of acts against the Iranian regime that take to the country’s streets, the army raised its tone and said this Friday (23) that it will confront what it calls enemies who seek to apply an “evil strategy to weaken the regime”. Islamic”.

Since last Saturday (17), Iranians have organized protests in more than 50 cities and towns in rejection of the case of Mahsa Amini, 22, a Kurd who died in police custody for allegedly violating strict rules on the use of the Islamic headscarf, the hijab. The episode became an outlet for broader frustrations with the regime.

“We will confront the various plans of the enemies to ensure peace and security for people who are being unfairly attacked,” the army said in a statement.

There are conflicting figures on the deaths in the protests. While the official figure remains at 17 — which includes five agents of the security forces — the NGO Center for Human Rights in Iran, based in New York, estimates that there are 36 dead. As of Thursday (22), local media reported the arrest of 280 protesters.

More acts take place this Friday, and this time they also include pro-regime demonstrations. The official press described the protests as an example of popular repudiation “against the rioters”.

According to the regime’s news agency, protesters in the capital Tehran walked from the local university to Enghelab square shouting slogans, in the agency’s report, “to show resentment at the recent disturbances and desecration”.

State TV footage showed protesters calling those protesting the regime “Israel soldiers” and saying that “violators of the Koran should be executed”. There were also slogans like “death to America” ​​and “death to Israel.”

The day before, while speaking at the UN General Assembly in New York, Israeli Prime Minister Yair Lapid mentioned the case of Mahsa and also that of the writer Salman Rushdie, persecuted by the Iranian regime. “Iran hates Jews, women, gays, the West. They hate and kill Muslims who think differently from them,” he said. “Your hatred is a way of life, and it’s a way of preserving your system of oppression.”

Meanwhile, judicial harassment grows. Gholam Hossein Mohseni-Ejei, leader of the Iranian judiciary, has instructed officials to maintain security in the face of what he called troublemakers, and the Revolutionary Guard, the country’s elite security force, has called for any and all participation in the demonstrations to be punished.

The tone is similar to that adopted by President Ebrahim Raisi, an ultra-conservative former judge, speaking in New York this week. “There is freedom of expression in Iran, but acts of chaos are unacceptable,” he told reporters. “We must differentiate manifestations of vandalism.”

Widespread cuts in the country’s internet have been recorded since Wednesday night (21), when applications such as WhatsApp and Instagram were also blocked by order of the regime’s high level.

Iranian authorities claim that Mahsa suffered “sudden heart failure”, but the version is disputed by family members, who accuse the regime of lying. The young woman, a native of Kurdistan, was arrested in Tehran when she was with her brother and taken in a van to a police station.

From there, she was taken to the hospital. Activists and her family, however, believe she was assaulted at the police station, and her father Amjad accuses the regime of preventing them from having access to his daughter’s body.

International leaders have spoken out about the case. On Friday, German Prime Minister Olaf Scholz said it was terrible that Mahsa had died in the custody of Iran’s moral police. “It also saddens me to hear about the victims of the protests led by courageous women,” the Social Democrat tweeted.

“No matter where in the world, women should be able to live independently without having to fear for their lives.”

Facebook
Twitter
Pinterest
WhatsApp
Previous articleThessaloniki: The teacher arrested for child pornography has been released on condition
Next articleFree firewood for the residents of mountainous areas – Who are the beneficiaries