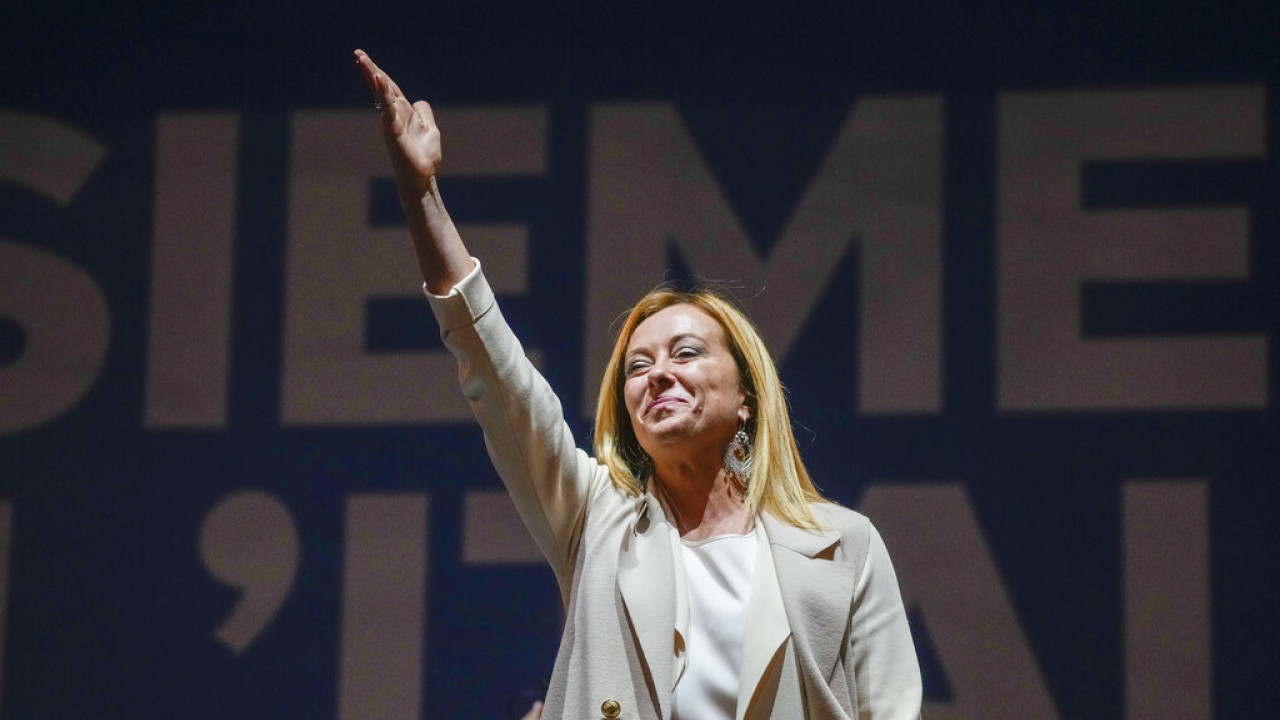 Meloni’s “experiment” and the “phantom” of the forces of populism

Although it draws its political origins from Mussolini, since 2018 it has taken care to change its rhetoric. She has never supported Vladimir Putin, but she has made no secret of her dislike of the EU.

In the prime minister’s chair, in October, she is preparing to sit Georgia Meloni and the question for Europe’s third largest economy is one: will the Italy in its fascist past? Many in the neighboring country remembered 1994 when Mr Silvio Berlusconi he took the reins of the country relying on the League of the North and the National Alliance (Alleanza Nazionale) which was a conservative political party successor to the post-fascist Italian Social Movement. Almost 30 years ago, the first attempt was made Far right in Italy to change her image and appear more reassuring and approachable. And to some extent he succeeded. Followed by Matteo Salvini which reached, however, as far as the vice-presidency of the government and the Ministry of the Interior. For the three-party conservative coalition that will attempt to take power, after Sunday’s victory everything is still murky. He invested in the fatigue of the Italian voters and the anxiety that exists in the country due to economic hardship and high unemployment. After all, the forces of populism are always based on these indicators. To a large extent, the “Brothers of Italy” redeemed their non-participation in the Draghi government in contrast to the other two partners, the League and Forza Italia.

The sizes, the timing, but neither the ideologies that could refer to and remind the rise of the Golden Dawn in GREECE. Meloni talks about a center-right alliance which, however, approaches the extreme right on issues of identity. However, political crisis almost always comes as a result of economic fear. The party of Nikos Michaloliakos during the difficult period of the memorandums in 2012 reached almost 7% and in January and September 2015 emerged as the third party. With his views remaining raw and chilling. Georgia Meloni, although she draws her political origins from Mussolini, took care from the 4.3% of 2018 to change its rhetoric. She never supported him Vladimir Putin and the war she has practically declared on all of Europe, but she did not hide her dislike for the E.U. Of course, since the European funds are needed, everyone hopes that the golden ratio will be found between the two sides. Pro-family, pro-nation and anti-immigrant narratives remain firmly on her agenda.

Syssomi n Far right wing of Europe congratulates Georgia Meloni and dreams of her own better future. The (AfD) in Germanythe National Alert (RN) at Franceher Law and Justice Party (PiS). Polandthe VOX at Spainbut also the ethno-populist Viktor Orban from Hungary they see that after Sweden there may be one domino political developments in Geria Epirus. And there are other followers of these ideas such as the Freedom party in Austriaher People’s party Denmarkthe Progress party in Norway etc.

The balances in the new government coalition they won’t be simple. The information says that Silvio Berlusconi wants to take the presidency of the Senate and Matteo Salvini to be back at the Ministry of the Interior. And already the analysts see that the affinities and common views between the two small partners may cause a lot of friction, but also rife with the powerful future prime minister. It is recalled that Salvini and Berlusconi do not stop supporting the Kremlin, with Putin now seeing that he cannot win in Ukraine, but he can, through the economic crisis he has caused, sow discord in Europe.

Possibly the Italians, accustomed to the constant change of governments, wish to be experimented with by the new coalition. Meloni makes a new “march to Rome” and promises a page turner for Italy. If the “rule” is followed and he lasts in power for about a year and a half it will be nothing more than another parenthesis. Perhaps, of course, this fact, of constant changes and unstable cooperative majorities, has led Italy to an economic impasse, with anemic growth and with its debt having soared to 3 trillion euros. This is the reason why in Europe they are worried because they see that they will continue to have in front of them an indebted financial giant, which, however, will be much more unpredictable and less cooperative.

Facebook
Twitter
Pinterest
WhatsApp
Previous article
Threats from the irritated Erdogan – Greece and the USA in the crosshairs
Next article
Who are celebrating today, Tuesday, September 27?