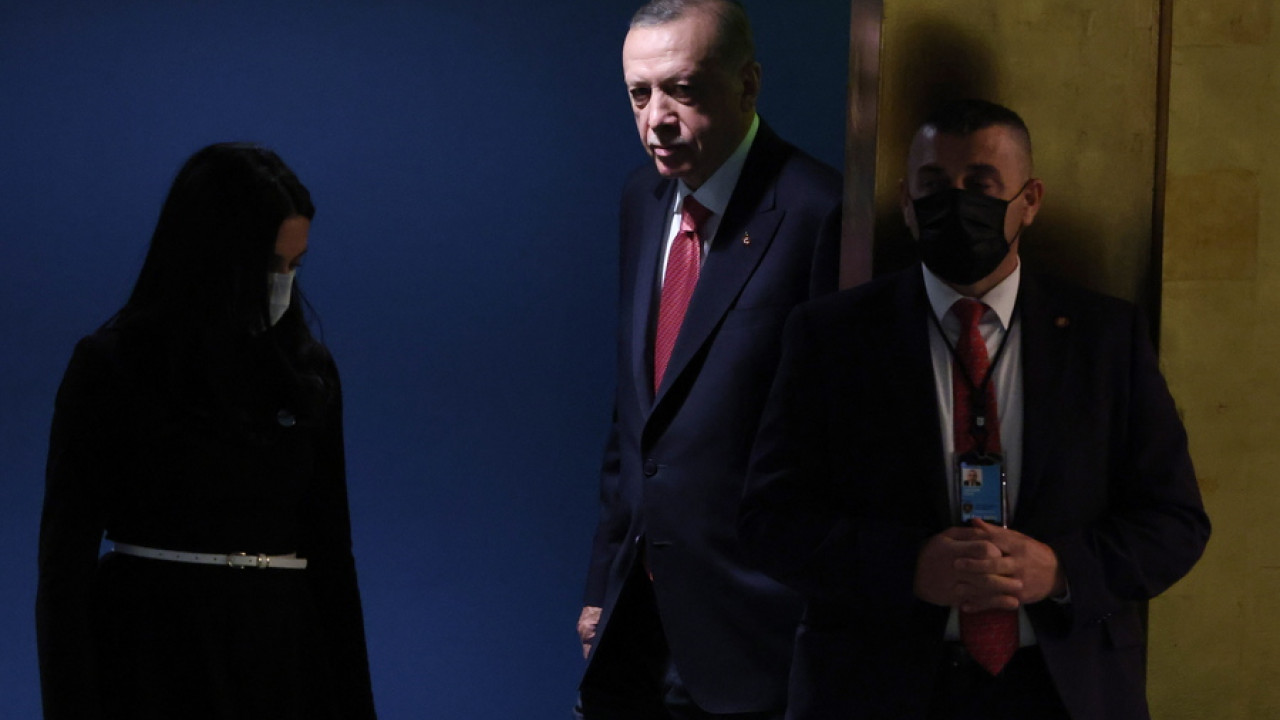 Obviously annoyed with the Greek alliances, he wanted to present our country as a puppet of other powers.

His departure Tayyip Erdogan with “empty hands” from New Yorkwhere he failed to achieve, once again, the much-desired one-on-one meeting with American President but also the behind-the-scenes pressures from both the US and the West, to tone down the tension and challenges towards Greece, fueled the irritation of the Turkish president anew, who hastened to relieve it with new threats and threats.

Since the groundless had preceded protest march of the Turkish Ministry of Foreign Affairs to the Greek ambassador in Ankara and also to the USA, repeating the non-existent accusations about the Greek islands and their military regime, the Tayyip Erdogan he took the baton of challenges by indulging in a new delirium after the meeting of the Turkish Council of Ministers, during which he launched new threats against our country and indeed with unprecedentedly derogatory descriptions and interfering, as is his custom lately, in the political affairs of Greece.

In a state of amok, he accused Greece of being “not equal to us” threatening that “the Greeks will be held accountable”, while clearly annoyed with the Greek alliances he wanted to present our country as a puppet of other powers. “This is a dangerous game both for the Greek politicians, the Greek state, the Greek people and those who use them as puppets. I think it is good to remind the price that the politicians of Greece and the people of Greece paid with our great victory 100 years ago which we celebrated last August” he said.

Probably annoyed by his friend call too Kyriakou Mitsotakis from the UN to the Turkish citizens, which clearly spoiled his narrative of the “bad” and threatening Greeks, Tayyip Erdogan decided to intervene in Greece’s internal affairs saying that “The Greek rulers who led their country to economic, political and military occupation for their petty interests they will first answer to their own people”.

He remembered her, too Tripolitsa unleashing new lies against Greece. “They are trying to forget the days when they were running away from the bayonets of the Turkish soldiers and they are celebrating as a day of victory the ‘Tripolitsa Massacre’ where they slaughtered babies, women and children. They have not paid the price before history” he said and continued to slander “the same mentality today exists in the Mediterranean and the Aegean and they sink boats, rob, slaughter children and all the innocents will one day be held accountable. There is no freedom, development or an honorable attitude when you hide under other people’s dresses”.

The delirium could not be missing threats concluding that “As a result, vis-à-vis Greece, which we follow in every field, if necessary we will not fail to defend the rights and interests of our country against Greece, using all the means at our disposal. They should know this well” he said.

The attitude of Athens

Athens, for its part, insisting on the principles of International Law and the principles and Treaties that govern it, in a decisive manner and with arguments from its diplomatic quiver, answered the arbitrary claimsof Ankara regarding the demilitarization of the Aegean islands, which were raised during the protest march to the Greek ambassador. He immediately rejected the Turkish objections in their entirety, noting that they are completely unfounded and inconsistent with International Law, while acting within the framework of the doctrine “what is threatened is not demilitarized”.

According to diplomatic sources, the Greek ambassador in Ankara Christodoulos Lazaris, he even noted to his Turkish interlocutors that the Greek positions have been thoroughly developed in the two letters sent to the UN Secretary-General and that Greece absolutely respects its obligations arising from the Treaty of Lausanne.

As the same sources report, our ambassador in Ankara pointed out that it is not Greece is the country that threatens its neighbor with war (casus belli), nor has it gathered the largest amphibious fleet on its shores, as Turkey has done.

He added that Turkey continues to violates sovereignty of Greece, with the continuous violations of the airspace, as well as the overflights over Greek territory.

Indicative of the climate and irritation of Turkey is the fact that at the time when Mr. Christodoulos Lazaris made these reports and throughout the day the staff of the Greek Pentagon was recording dozens (96 by the evening) of violations by Turkish aircraft of the Greek airspace.

In any case, according to government sources, Athens will continue not to follow the Turkish escalation, but to calmly and soberly deconstruct Turkey’s argumentation, based on International Law, to strengthen its deterrent power and at the same time project and internationalize the the need for a climate of stability to prevail in the wider region, which at the given moment only Greece serves and defends.