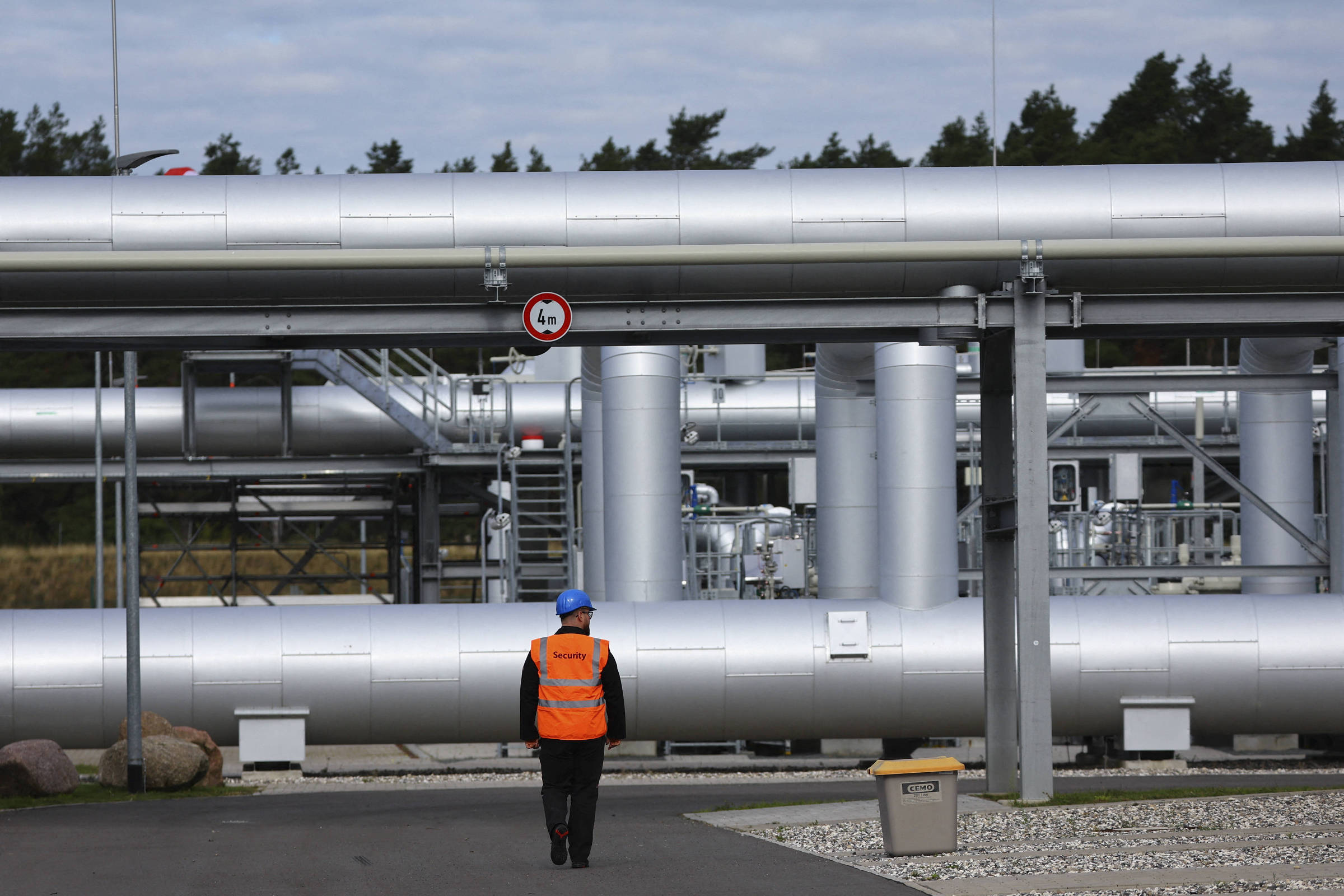 One of the main gas pipelines linking Russia to Europe and its twin, not yet in operation, have suffered “unprecedented damage” and are leaking. The Kremlin does not rule out sabotage and says it is “extremely concerned”, while the Danish government says it is hard to believe in coincidences.

The leaks were detected by the Swedish and Danish maritime authorities, who assessed the severity, and later confirmed by Russia. They affect the Nord Stream 1 and 2 branches, symbols of energy integration between Europeans and Russians that is now at the center of a crisis due to Vladimir Putin’s invasion of Ukraine.

Nord Stream 1 has been operating since 2011, directly connecting Russia and Germany under the Baltic Sea. He and his brother were part of Putin’s plan to divert gas transit, which supplied up to 40% of the European Union’s needs until the war, from Ukraine’s territory.

The Russian product continues to pass through there, even with the war, through two former Soviet gas pipelines, the Brotherhood and the Union, which have a joint capacity to send up to 156 billion cubic meters of gas per year. Nord Stream 1 added a potential of 55 billion cubic meters and transported 60% of the product purchased by the Germans through its pipelines, but since June it has only been operating at up to 25% of its capacity.

The Russians claimed technical problems due to Western sanctions, such as the lack of a compression turbine being repaired in Canada. A significant part of the punishments imposed on Moscow due to the Ukrainian War is in the technological area.

Europe and the US accuse Putin of weaponizing their dependence on Russian gas by cutting supplies to countries that refused to pay in rubles, a move to strengthen Moscow’s currency. The Russian president denies it, but has already said that he can restart Nord Stream 1 “with the push of a button”. The gas charter is one of the most powerful it has, and its former biggest customer, Germany, struck a deal with the United Arab Emirates this weekend to try to mitigate the issue a bit.

European Union countries have already significantly reduced the purchase of Russian oil, and are discussing whether they will put a price limit on energy purchases. It is a controversial topic, as there are nations that do not see war as a reason to become insecure in the sector, which has put pressure on governments since research shows that the population is more favorable to negotiated exits than to clashes that are harmful to daily life.

This is already happening. Consumer gas prices are already ten times the average of the last decade in some countries, such as the United Kingdom, and the European winter is approaching. With it, the need not only for industries to have energy, but for homes to be heated.

In Germany, in addition to the attempt to establish a network to gasify the liquid product sent by ships from the Persian Gulf, the government is trying to reconnect part of its network deactivated for environmental reasons. The giant Siemens, for example, had two coal-fired thermoelectric plants, a very polluting modal, reactivated, and three nuclear plants may have their shutdown postponed.

There are no details yet on the nature of what is happening. Nord Stream 1 is virtually paralyzed, and the Kremlin said it “is extremely concerned”. “No option can be ruled out now,” said spokesman Dmitri Peskov.

“This is worrying news. We are talking about some damage of an uncertain nature in the economic zone of Denmark,” he said, without knowing when the operation will resume. About Nord Stream 2, even less is known, not least because it is not operational.

It was completed in September 2021, serving as the controversial legacy of long-time Prime Minister Angela Merkel, but was never turned on. Initially, there were regulatory doubts in Berlin, seen in Moscow as political as the government was in transition. The war stopped the process once and for all, and the new German leader, Olaf Scholz, has already stated that the branch “will never supply gas”.

It turns out that it is a US$ 11 billion project (R$ 54 billion if paid in cash today) that involves several European companies, led by Russian state-owned Gazprom, so much of the thick talk is political position. On the other side, of course, the same: “This is an issue related to the energy security of the entire continent,” Peskov said, in a tone more of threat than concern.

In an interview in Poland, Danish Prime Minister Mette Frederiksen said it was “very difficult to imagine” that the leaks were a coincidence, but avoided speculating. The European Commission, the executive arm of the continental bloc, said that there is still no serious environmental safety risk detected, but that it is too early to assess.

Facebook
Twitter
Pinterest
WhatsApp
Previous article
Dating Matter: What are the #beigeflags? – Read to be informed
Next article
New “slap” to Turkey from the EU: “Stop the threats – Respect Greece’s sovereignty”