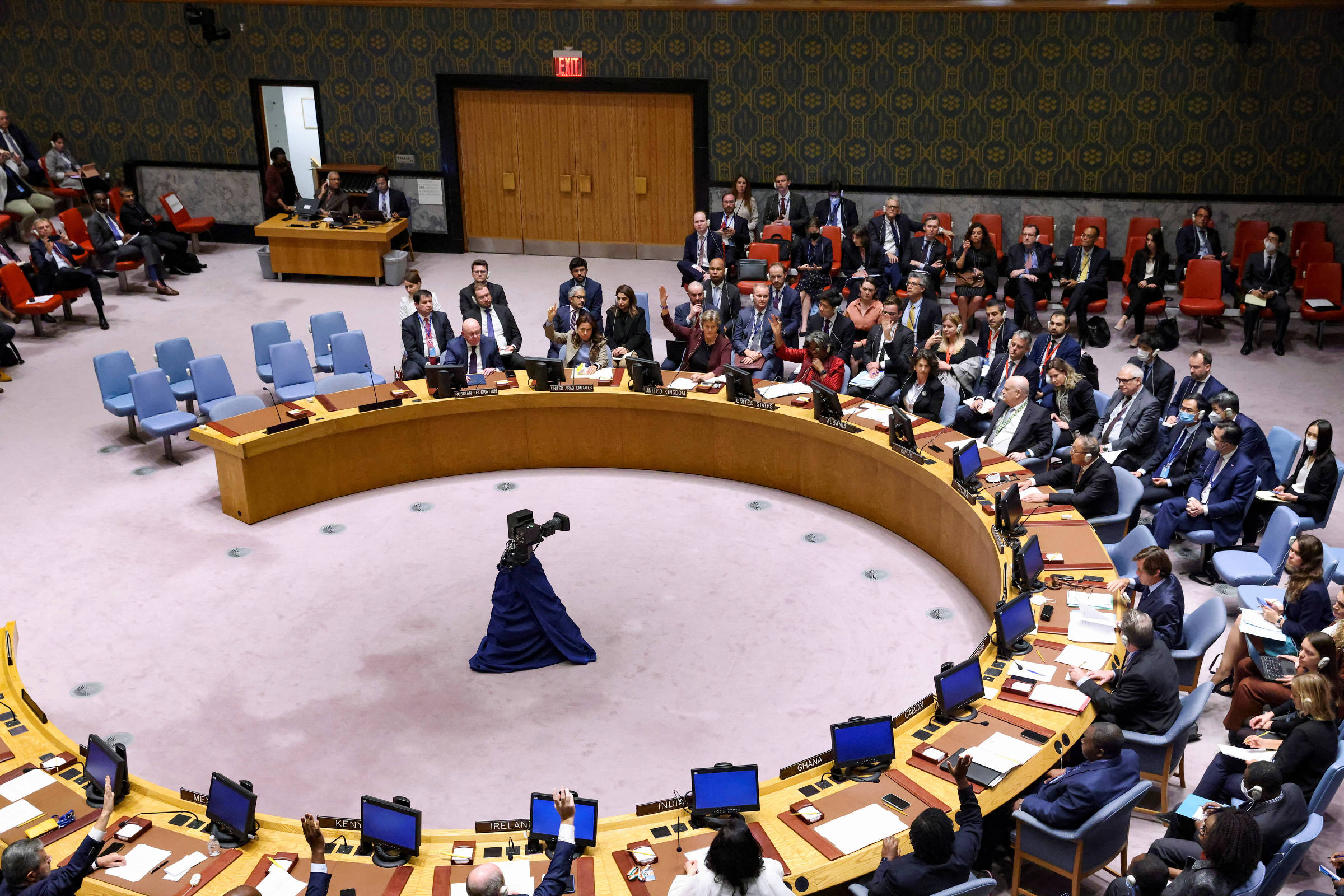 Brazil abstains from condemning annexation of part of Ukraine to Russia

Brazil abstained from voting on a resolution at the UN this Friday (30) to condemn the annexation of four regions of Ukraine to Russia.

The incorporation of Ukrainian territories under Moscow’s rule was formalized by President Vladimir Putin also this Friday, in a move that generated international reaction from a number of Western leaders and motivated the convening of the UN Security Council meeting – the most important collegiate of the United Nations. entity.

By abstaining from the vote, Brazil reinforces its position of alleged neutrality in the war – which has already generated criticism from the President of Ukraine, Volodymyr Zelensky, of the government of Jair Bolsonaro.

The resolution condemning Moscow’s undertaking was presented by the United States and Albania to the collegiate, but failed after Russia – one of the five permanent members of the Security Council – vetoed it.

The country was the only one to vote against. In all, ten nations, including the US and UK, voted in favor. In addition to Brazil, China and India —which also make up the BRICS— abstained, as did Gabon.

Last week, the day after Putin threatened to use nuclear weapons against the West, Brazilian Chancellor Carlos França reiterated Brazil’s position of neutrality, calling for respect for international law “by all parties” in the conflict.

The same international law is the basis on which referendums conducted by Russia in occupied territories are considered illegitimate by the international community.

Facebook
Twitter
Pinterest
WhatsApp
Previous article
This is Ankara’s letter to the UN on the demilitarization of the Aegean islands
Next article
Opinion – Rubens Barbosa: Elections will determine external perceptions about Brazil