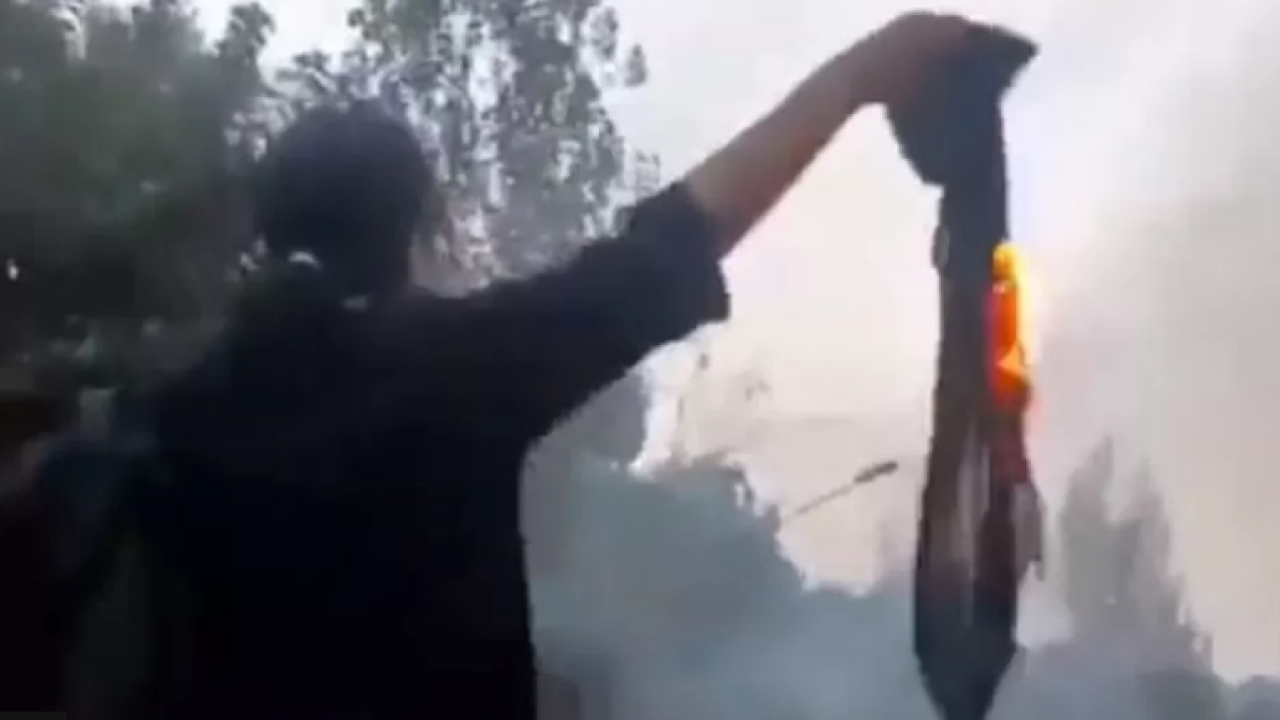 Iranian authorities say the 16-year-old girl died when a worker pushed her off a construction roof, with the mother saying her daughter was killed by Iranian security forces.

A documentary video posted on social media shows 16-year-old Nika Sakarami, who also died in Iran last week, protesting the death of 22-year-old Mahsha Anmini just hours before she was found dead, according to the BBC.

“The girl who is burning her headscarf in this footage is #Nika_Shakarami,” a source close to the family told BBC Persian.

She was then chased by security forces and found dead 10 days later.#Mahsa_Amini
pic.twitter.com/j0hnq7Mb4n

The 16-year-old is said to be standing on top of a rubbish bin and burning her headscarf in Tehran on September 20, as anti-Islamic Republic slogans are heard from the crowd. Afterwards, however, the 16-year-old disappeared.

She later disappeared after telling a friend that the police were after her.

Despite the fact that the Iranian authorities report that the minor girl died probably when a worker pushed her from a construction roof, Nasreen’s mother blames the Iranian security forces for her daughter’s murder.

Last week, Iranian state television aired blurry footage showing a teenage girl or woman, reportedly 16-year-old Nika, walking down an alley and entering a building through a door. Her mother, however, denies that it is her daughter. Another source close to the family also said that the girl in the video does not walk like Nika.

Nika’s mother also claimed that her sister Atash and brother Mohsen were forced to make false statements about the 16-year-old’s death while in custody.

“They threatened to arrest my brother’s four-year-old child,” he said.

“Like Nika, I have been against compulsory hijab since I was a child. But my generation was not brave enough to protest,” the teenager’s mother told BBC Persian, adding: “My peers received years of oppression, humiliation and humiliation, but my daughter protested and she had every right to do so.”

Facebook
Twitter
Pinterest
WhatsApp
Previous article
Ten thousand Ukrainian refugees returned to their country after being hosted in France
Next article
Amyras: No wind turbines in the burned Geraneia Mountains