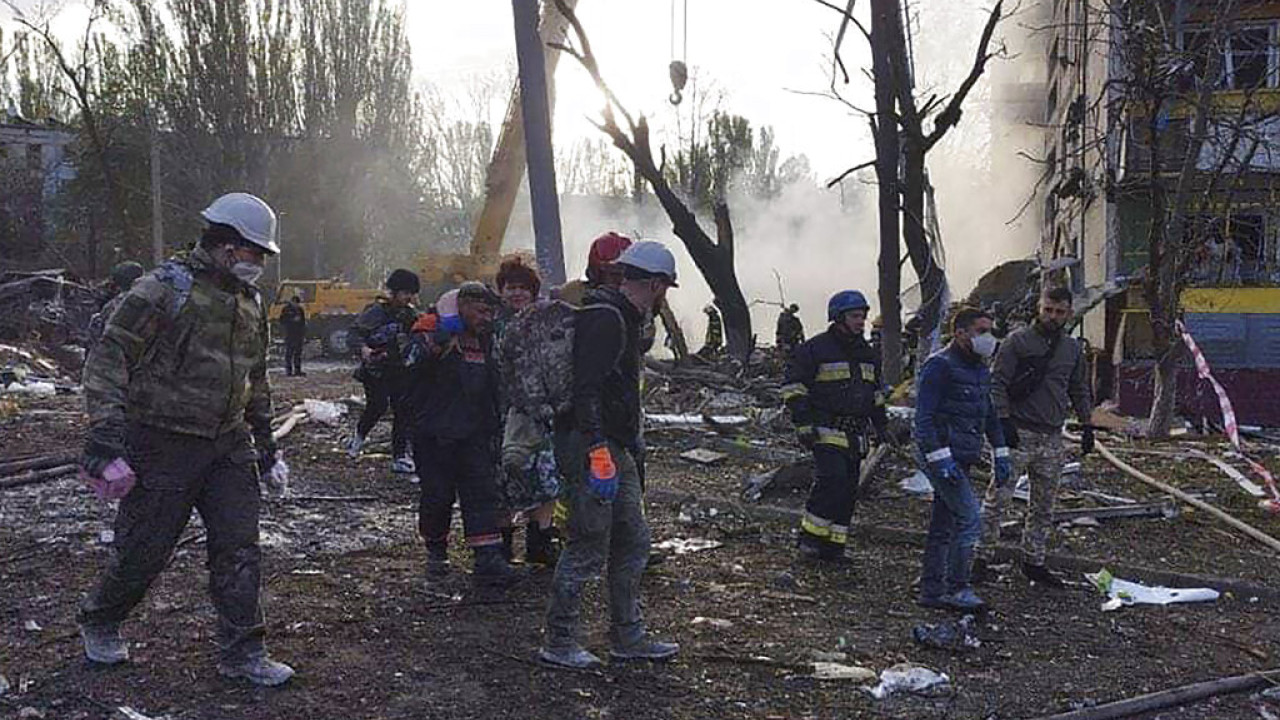 “The Russians launched missiles against energy facilities in Pavlograd and Kamianske regions: there is serious destruction,” he noted, adding that “many villages are without electricity.”

“The Russians launched missiles against energy facilities in Pavlograd and Kamianske regions: there is serious destruction,” he noted, adding that “many villages are without electricity.”

“In the region, a way of overall electricity saving is implemented so that hospitals, transport and other important social infrastructures can operate,” he added, asking residents to “save electricity.”

In the South, “as a result of drone and missile attacks, two facilities were damaged” in Vinnytsia region (southwest), injuring at least two people, according to the Southern Command of the Ukrainian Army on Facebook.

Earlier, the governor of the Lviv region (west) had reported “three explosions at two infrastructure facilities in the region”.

Russia on Monday unleashed a wave of bombing on a scale not seen in months since Russia’s invasion of Ukraine, with several raids in Kyiv for the first time since late June resulting in major power outages in many areas, especially those far away from the front line of the war.