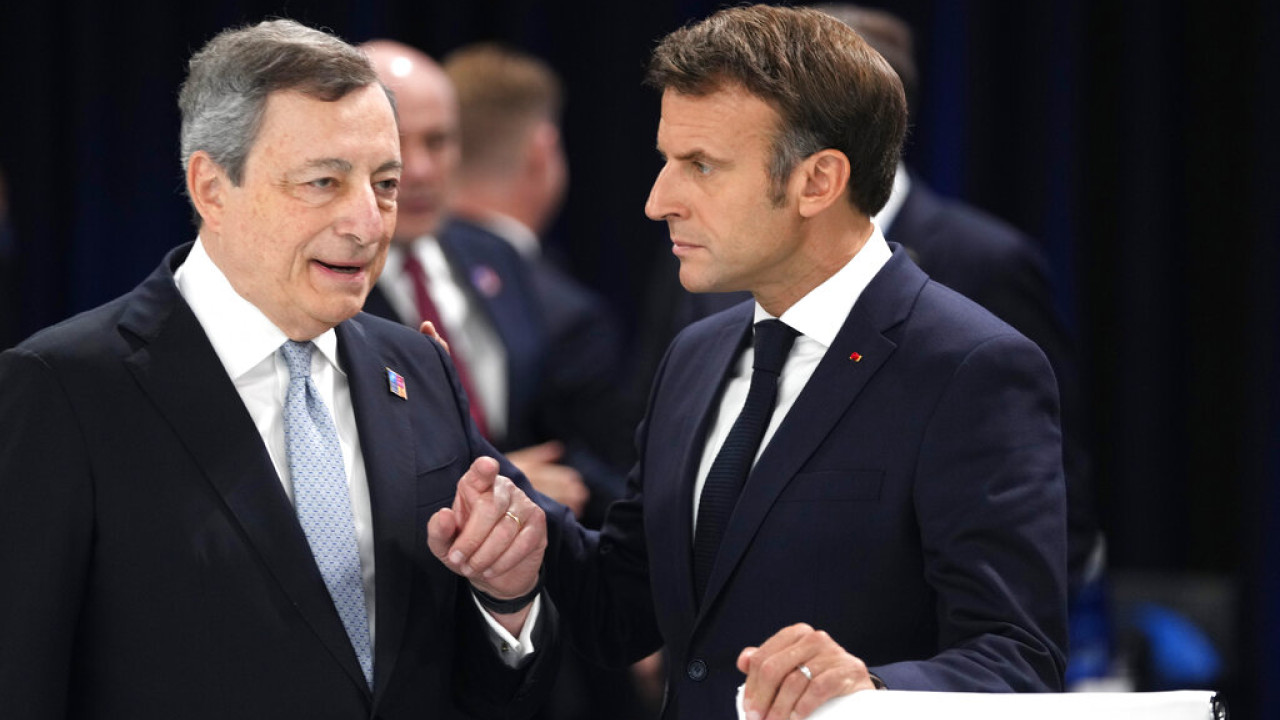 As the newspaper reports, this proposal was made last Thursday at a meal the two men had, without diplomatic advisers, without staff and without their wives.

The former Prime Minister of Italy, Mario Draghi suggested the president of France Emmanuel Macronfor the post of Secretary General of NATO, according to the newspaper, La Repubblica.

As the newspaper reports, this proposal was made last Thursday at a meal the two men had, without diplomatic advisers, without staff and without their wives.

During Mario Draghi’s two-hour “private meeting” with the French president in Paris, the development of the Russian invasion of Ukraine, the Summit of the next few days, and the current political and economic developments in the EU were reportedly discussed, without geopolitical challenges are also missing.

According to La Repubblica in Paris, many believe the former banker’s high institutional profile is an important resource for any international mission. The new NATO secretary general, to be nominated next June, is one of the options being floated in Macron’s entourage. The French president, after all, has never hidden his high level of cooperation with Mario Draghi, for which he has stated many times in public, most recently at the Prague Summit last week, while most in France believe that his profile Mario Draghi is ideal to own international relations, as the newspaper La Repubblica points out.

Facebook
Twitter
Pinterest
WhatsApp
Previous article
Police identify suspect in murder of 12-year-old girl found in trunk in Paris
Next article
Mitsotakis: In the package of measures of the Commission the two proposals of Greece