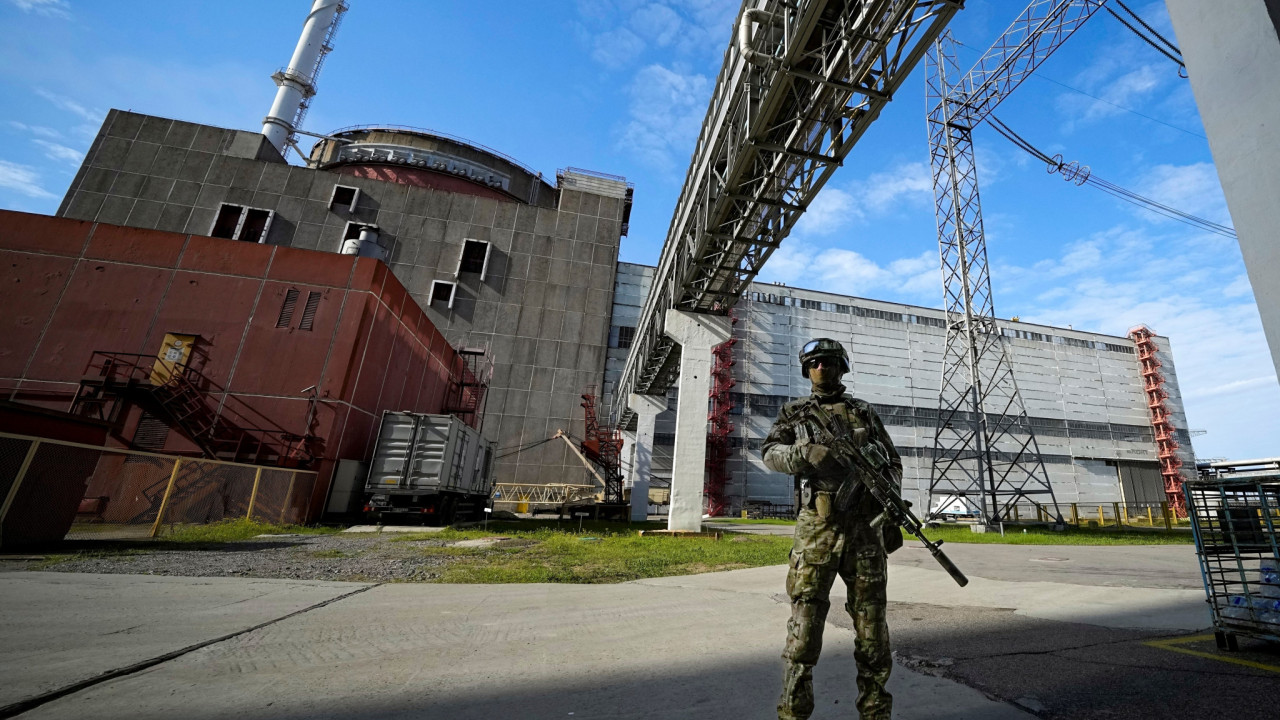 Moscow: A Ukrainian attempt to recapture the Zaporizhia nuclear plant was repelled

“The battle went on for hours,” the Russian-appointed official said, according to RIA

“After they bombed the city, an amphibious assault was launched, which included an attempt to seize the Zaporizhia nuclear power plant. The battle continued for hours, at least three to three and a half hours,” said Russian-appointed official Vladimir Rogov, according to RIA, adding that the attack was “repulsed.”

Reuters was unable to independently confirm the information.

The Russian-appointed head of the occupied southern Ukrainian region of Kherson said today that some 50,000-60,000 people would be moved from there to Russia and to the left bank of the Dnieper, Russian state news agency TASS reported.

The evacuation is expected to take about six days, Russian-appointed governor Vladimir Saldo said, according to TASS.

Earlier, the also Russian-appointed deputy governor of Kherson, Kirill Stremusov, had stressed that civilians should be evacuated from the city as quickly as possible because Ukrainian forces could launch an attack at any time.

Ukrainian forces “will soon launch an offensive against the city of Kherson,” Stremusov said. “I ask you to take my words seriously: evacuate the city as soon as possible,” he said in a post on the Telegram messaging app.

In a new entry, he later stated that today the situation on the front is stable, but the citizens should take refuge on the left bank.

“Move as fast as possible, please, to the left bank,” he said.

Citizens in Kherson are receiving messages from the Russian-appointed administration asking them to leave the city, the RIA news agency reported.

Facebook
Twitter
Pinterest
WhatsApp
Previous article
US will have a woman of Asian origin in dollar currency for the first time
Next article
Shock in Agrinio: The child’s nanny covered her 28-year-old son in order to avoid the 4-year-old boy