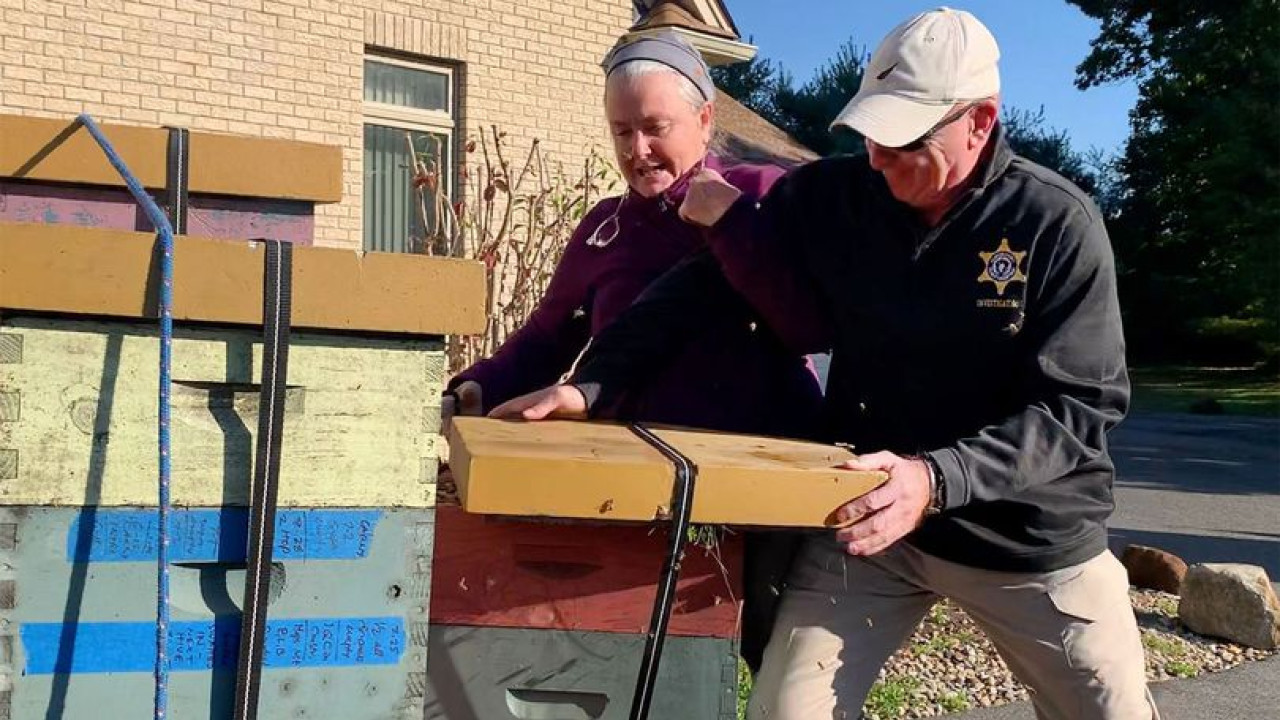 A woman from Massachusetts accused of using a … swarm of bees as a weapon against police officers who went to a house to serve an eviction order.

This episode, according to the local sheriff, occurred last week when the Rory Woods, a 55-year-old professional beekeeper, arrived at this Longmeadow home, where officers had begun eviction proceedings. This home, outside Springfield, belonged to a man who for years fought in court to keep him from being evicted. He was supported in this effort by anti-eviction activists, among whom was Woods.

When he arrived home, around 9.15 in the morning, the Woods she transported hives in her vehicle and tried to open the lids to release the bees. A sheriff’s deputy attempted to stop her, but as the irritated bees began to come out and surround him, he backed off. She then broke the lid of a hive, causing the swarm to come out. Several officers and bystanders were stung, and a sheriff’s deputy had to be taken to a hospital for treatment.

In the meantime, Woods donned a professional protective suit and moved hives to the home’s front entrance to prevent eviction. At that point, the police arrested her.

“I support people’s right to protest peacefully, but when they cross the line and endanger my staff and the public, I promise you they will be arrested,” said Hamden County Sheriff, Nick Kochi.

Woods, who lives in Hadley, Mass., about 25 miles from Longmeadow, faces a total of seven counts of assault with a dangerous weapon and one count of disorderly conduct.

According to local media, he has pleaded not guilty to all charges.

Facebook
Twitter
Pinterest
WhatsApp
Previous article
Positioning Mitsotakis at the Summit: We cannot afford to hesitate any longer
Next article
Up to three candidates will be the successors of Liz Truss, the Conservative Party announced