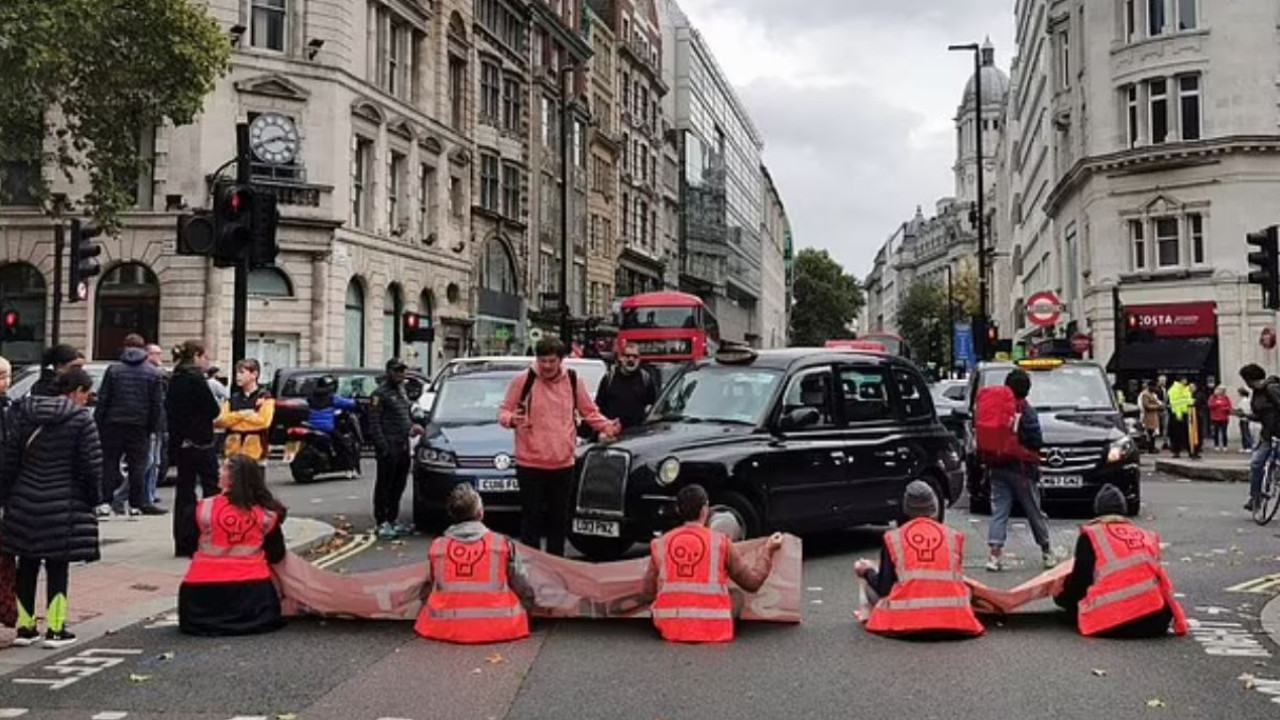 Around 22 environmental protesters stopped traffic at a road junction near Holborn tube station, demanding the government halt all new oil and gas production.

Some sat on the street with banners, while others formed a human chain. An angry motorist was captured tearing up a banner, grabbing it from the hands of a protester.

Patrick Walker, a council worker from Newport, told the Daily Mail: “The government wasn’t listening and I had to take action if I wanted a future for my family. I have no choice but to resist.”

He added: “I hope my actions will inspire other ordinary people like me to come forward and take a stand against this government’s destructive energy policies.”

Today’s protest marks 21 days of demonstrations, which have caused chaos across the capital. Police have made 539 arrests so far.