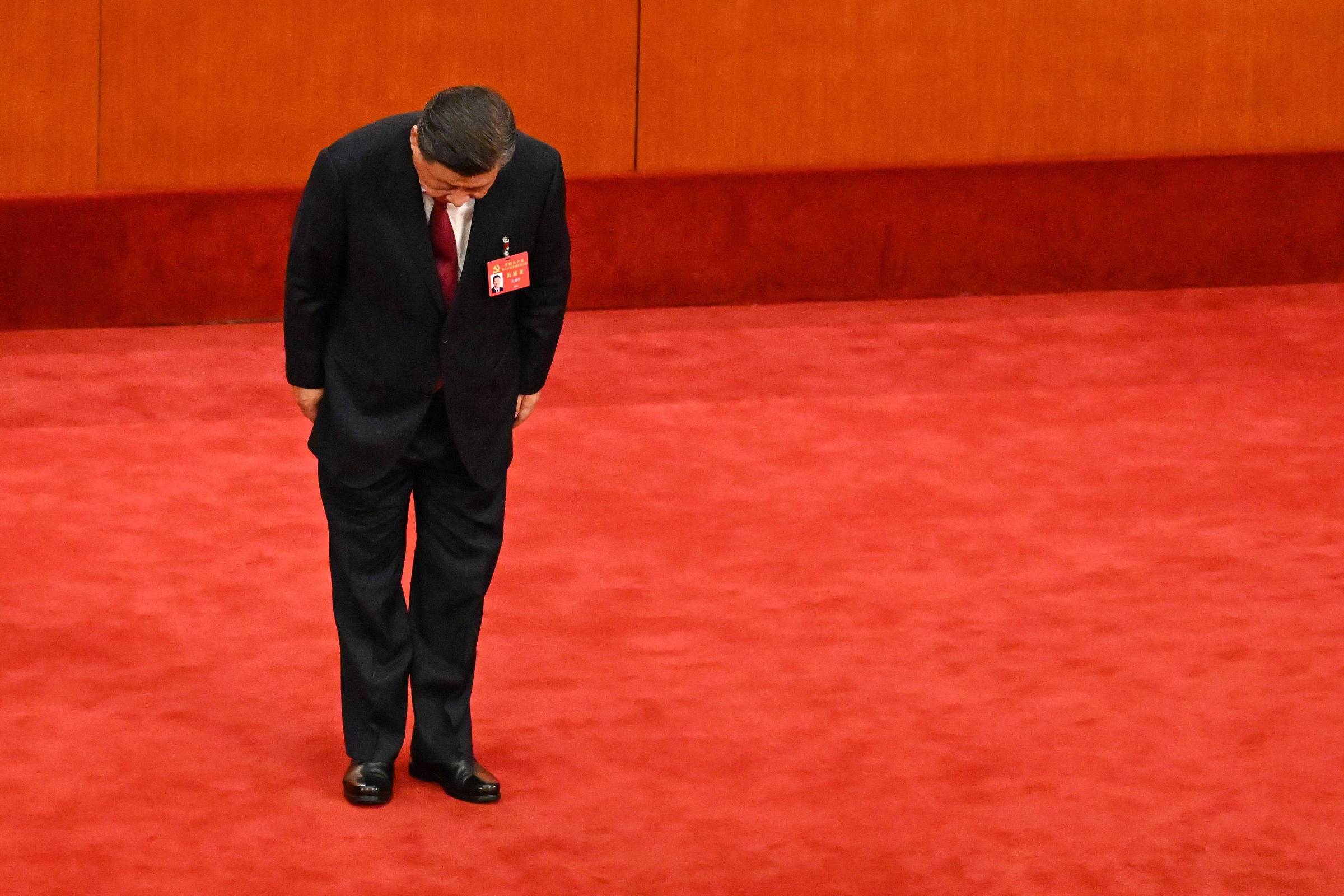 Opinion – Tatiana Prazeres: Xi Jinping will be pursued by three risks in his third term in China

In his likely third term, Xi Jinping he may face greater challenges than he has faced in his ten years at the helm of China. Three major risks will accompany you in the coming years.

War is a risk of lesser probability but brutal impact. Beijing is clearly preparing for a conflict over Taiwan even if it does not intend to start one — not least because, today, the outcome of a potential conflict is uncertain. What is certain is that young Chinese are increasingly convinced that they will still experience a war. And even if conflict does not occur in the short term, geopolitical tensions are sure to escalate in the coming years, posing important risks in themselves for Xi.

The second comes from the economic area and is associated with the repercussions, for the leader, of a lower growth trajectory. Over the past 40 years, the Chinese have grown accustomed, generation after generation, to their children having a materially better life. The lower growth level is a novelty that impacts society and the economy. It affects ambitions not just of the country, but of individuals.

As was often heard among foreigners in Beijing, the Chinese political model has not yet been tested in an environment of low economic growth.

The third risk is of internal politics and is related to the overvaluation of the figure of the leader, which is accompanied by an increase in nationalism and the exaltation of ideology. I remember being impressed by the news, in 2019, that an app about Xi Jinping would have been, at one point, the most downloaded app in all of China and would have more than 100 million active users. There is no shortage of observers remembering the risks of the cult of personality, which proved disastrous at the end of the Mao era.

These three risks — in geopolitics, economics and domestic politics — feed each other back. In Xi’s nearly two-hour speech at the opening of the ongoing CP Congress, expressions normally associated with the economy, such as “development”, “reform”, “market” – and even “economy” itself – were much less recurrent than which, in the speeches of previous congresses, from five and ten years ago, points to the China Neican platform.

On the other hand, the political-ideological lexicon gained ground, with words such as “history”, “Marxism”, “self-reliance” and “ideology” being cited more often than in the past. “Science and technology” was mentioned a staggering 44 times in this year’s speech — but in the background, increasingly, are concerns about self-reliance and national security. References to “safety”, incidentally, tripled in 2022 compared to 2012.

On the spectrum of possibilities, there is evidently the scenario where Xi mitigates risks and maximizes opportunities. In this scenario of lemonade from lemons, nationalism, geopolitical tensions and external threats contribute to consolidating popular support for a strong authority, which would be competent enough to reciprocate in the form of deliveries to society.

These results, however, would have less focus on economic growth, also because the exuberant numbers of the past are no longer possible, and would be more focused on ensuring stability and security, also because the external environment favors this adjustment of priorities.

The coming years will test Xi’s ability to deal with rising risks. The current leader’s response to the challenge is to increase his own authority. A few years ago, when reflecting on the reasons for the fall of the Soviet empire, he concluded that the downfall of great powers often occurs because of weak leaders. Xi does not intend to go down in history as one of them.