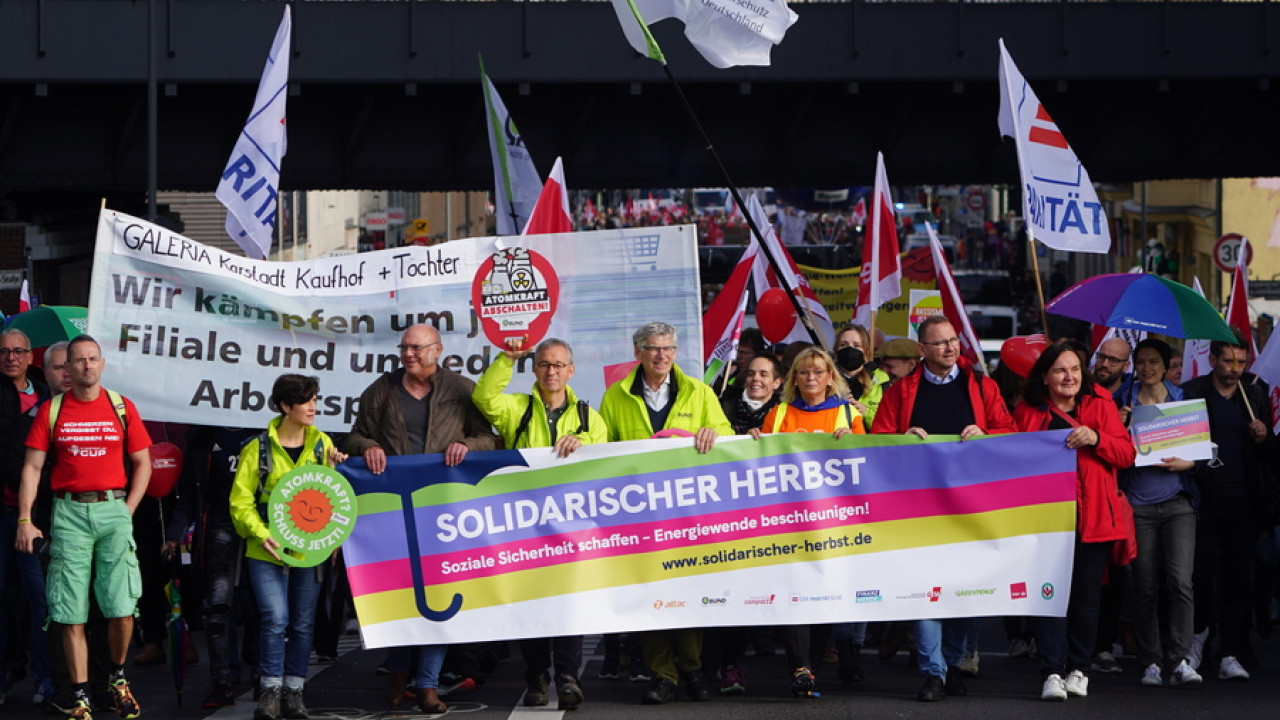 Germans on the streets for the energy crisis: Thousands of protesters in six cities

Tens of thousands of protesters in six German cities gathered today to demand a fairer distribution of government subsidies to deal with rising energy prices, rising daily living costs, and a faster transition to a fossil fuel-free economy.

The protesters protested in Berlin, Dusseldorf, Hanover, Stuttgart, Dresden and Frankfurtholding banners, but also shouting slogans about everything from the need to reduce inflation, to shutting down nuclear power plants, but also making more energy subsidies available to the poor.

According to Greenpeacewho was one of the organizers of the protests, about 24,000 people took part in them, with police announcing that about 1,800 demonstrators protested in Berlin.

“We want to show that we immediately need financial aid for the citizens, but also its provision with social criteria. The government does a lot, but distributes the money like using a watering can. People with the lowest incomes need more support than the rich,” he said Andrea Kotsis vice-president of the ver.di association who participated in the organization of the demonstrations.

On Friday, Germany’s parliament approved the government’s $200 billion rescue package, which aims to protect companies and households from the effects of energy price hikes.