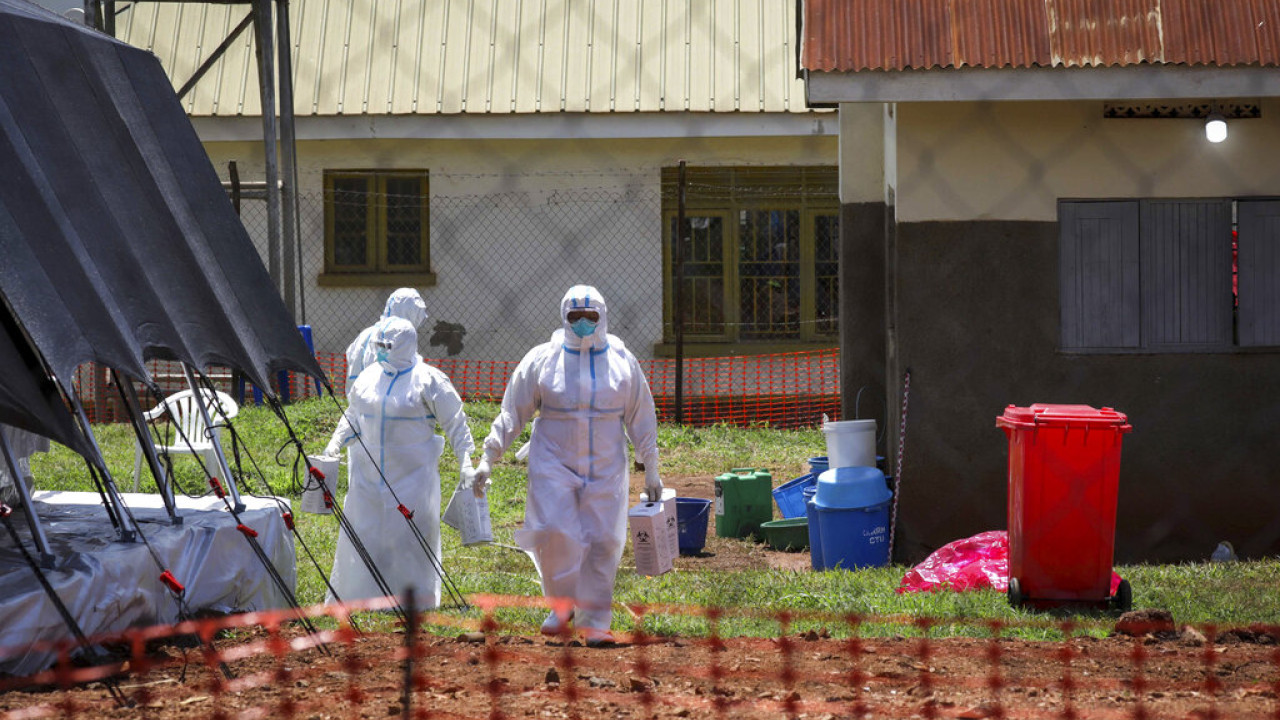 Uganda: 3 more cases of Ebola virus in the capital

Uganda has already experienced several outbreaks of Ebola since the virus was identified in 1976 in what was then Zaire, now DR Congo. The most recent, in 2019, officially claimed the lives of five people.

Three people who were in an isolation unit at a general hospital in Uganda’s capital have been confirmed to be infected with the Ebola virus, the African country’s health minister, Jane Ruth Atseng, announced yesterday Saturday.

“Yesterday (…) three people among the 60 in the Mulago isolation unit were confirmed through laboratory tests to be infected with Ebola,” explained Dr. Acheng via Twitter.

“They will be transferred to the Entebbe isolation and treatment unit,” as the Mulago isolation unit still has “58 contacts (of laboratory-confirmed cases) in quarantine,” he added. The second isolation center is 41 kilometers from the first.

Friday’s cases appear to be the first due to transmission in the capital, Kampala. They were announced on the same day that the Ministry of Information assured that the epidemic is gradually being brought under control and is expected to be over within the year.

Yesterday’s announcement by the government spoke of 65 cases and 27 deaths due to the highly contagious disease caused by the Ebola virus. It is not clear if the three new ones in Kampala are included in the cases.

The government imposed a three-week lockdown in Mubende and Kassandra districts, the epicenter of the September Ebola outbreak caused by the rather rare Sudanese strain.

The measure includes a nighttime curfew, movement restrictions and the closure of places of worship and entertainment centers until further notice.

According to Ms Atseng, the three cases in the capital had come into contact with a patient from Kassandra who succumbed to the disease at the Mulago isolation centre.

Last week, the government announced that two other cases confirmed in Kampala were people who had traveled to the capital from Mubende and were believed to have been infected there, not in the capital of the country of about 45 million people.

Uganda has already experienced several outbreaks of Ebola since the virus was identified in 1976 in what was then Zaire, now DR Congo. The most recent, in 2019, officially claimed the lives of five people.