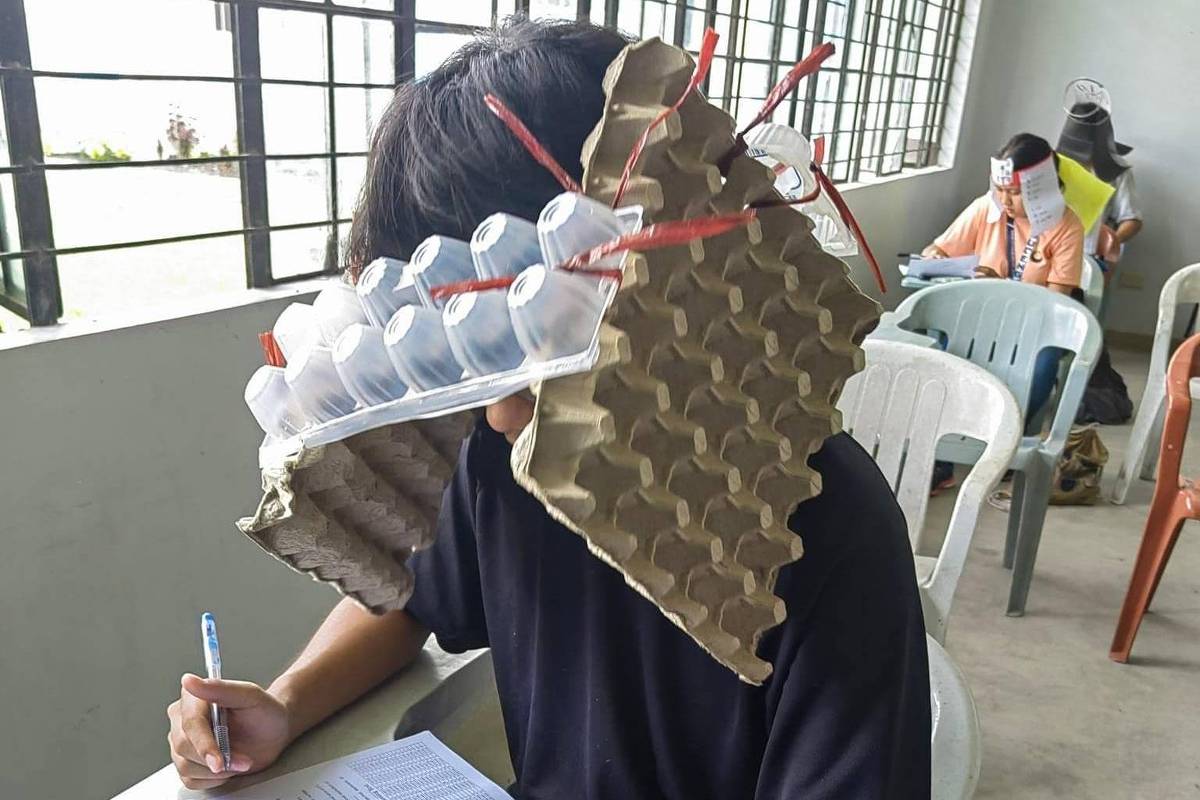 Educational institutions in the Philippines have found an unusual way to prevent their students from cheating and copying classmates’ answers on tests. They are the so-called “anti-glue hats”, which went viral on social media in the country after students at a university in Legazpi, south of Manila, adopted the accessories when taking their mid-term exams, reports the BBC.

According to the British portal, the person responsible for the idea was the professor of mechanical engineering at the University of Bicol, Mary Joy Mandane-Ortiz. She says she was looking for a fun way to ensure the integrity and honesty of tests, until she came across images of college students in Bangkok, Thailand, wearing paper blinkers in class.

Mandane-Ortiz says her students enthusiastically embraced the proposal, in some cases creating “sticky hats” in minutes with whatever they found around them — one of the students improvised blinders with three empty egg cartons, for example. . Others appealed to helmets and even Halloween masks.

Records of students wearing the teacher’s hats and posted on Facebook garnered thousands of likes in just a few days and attracted local media coverage, as well as inspiring teachers from other parts of the Philippines to do the same.

This was the case of Mike Balanay, a professor at the Rosario campus of Batangas State University, according to the regional portal Cebu Daily News.

In an interview with the website, he says that the proposal was a way to reduce tension between his students the first time they would take tests in person after the pandemic. The move was entirely voluntary — he says he never imagined that most students would take it.

Some of his students’ creations included a mask made from a garbage bag, blinkers crowned by a signal cone, and even a hat simulating a coffin. Adorned with a cross and flowers, his tombstone reads: “in loving memory of my midterm exams”.

Facebook
Twitter
Pinterest
WhatsApp
Previous article
Neymar and Felipe Neto break up and stop following each other in the networks for politics
Next article
Ukraine: 90% of wind power facilities destroyed