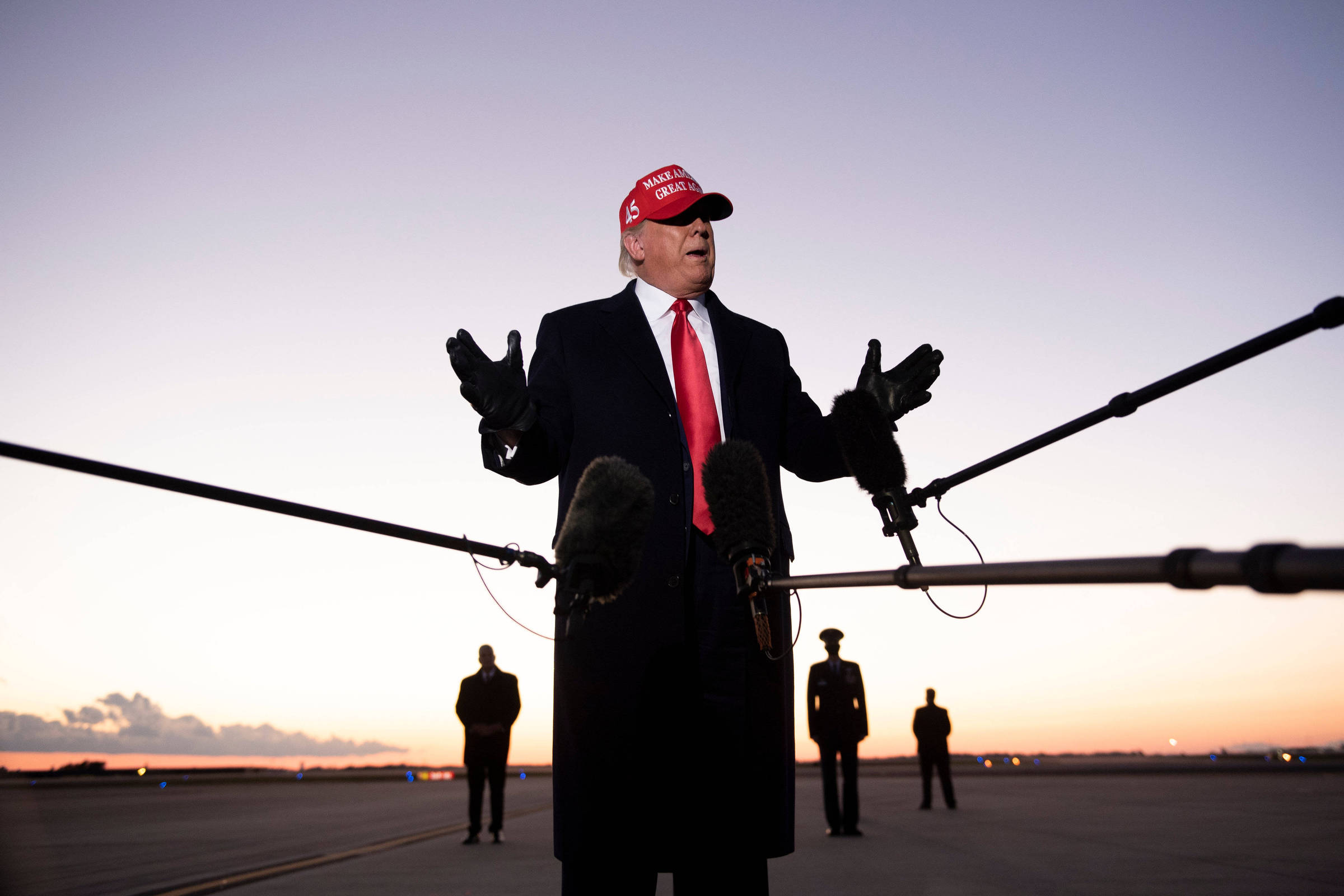 Trump injects money into US Republican candidates ahead of election

In the final weeks of the campaign for the so-called midterms of 2022, Republican candidates for the Senate found an unexpected benefactor: former President Donald Trump.

After abstaining for most of the 2022 election cycle, Trump’s Political Action Committees (PAC) are shelling out millions of dollars in the final weeks of the campaign, propping up Republican candidates in some of the hottest races to date. seats in the Senate.

Since early October, Maga Inc., a newly created Trump super-PAC, has spent $8.5 million on ads in Ohio, Pennsylvania, Georgia, Nevada and Arizona, the five races deemed crucial for Republicans in his bid to regain control of the Senate.

The money spent by Maga on ads against Democrats included $2.3 million in Ohio against Tim Ryan, the largest amount injected in the five races; $1.6 million in Georgia in ads attacking Raphael Warnock, $1.2 million in Nevada against Catherine Cortez Masto, and $1.8 million in Arizona in ads against Senator Mark Kelly, who is running for reelection, and in support for Republican Blake Masters.

Spending represents just a fraction of the money raised by Trump committees during the midterms cycle.

The former president was criticized throughout the year for not giving more financial support to Republican candidates, despite widely endorsing his party’s primaries — something that benefited many fringe Republican candidates, some of whom ended up defeating better-known members of the party’s establishment. .

Although its committees pumped money into some of the disputes, they did so only selectively. For example, they spent more than $2.5 million to support David Perdue, a former Georgia senator who ran in the state government primary with Brian Kemp, who was eventually elected.

In Wyoming, the Save America committee paid $650,000 to defeat Republican Liz Cheney, a prominent Trump critic, and bolster her primary rival Harriet Hageman.

Trump-linked groups have already raised a total of $185 million from donors this election cycle, but have spent less than a tenth of that total to support other Republican candidates. At the end of September, the eight PACs linked to Trump still had $118.1 million in cash.

Other Republican donors are more cynical about Trump’s last-minute spending.

“Basically, he’s going to be able to say he’s shelled out money, without having shelled out a lot,” says Dan Eberhart. “If the candidates win, he’ll claim victory. If they lose… Well, he’ll say they were losers—then why should he spend money on them? He’ll say he was smart not to throw money away to promote them.”

David Tamasi, another Republican donor who has passed money to Trump, agrees that it is difficult to characterize the former president’s donations as significant. He points out that the politician is saving much of the money he raised this election cycle with an eye on the 2024 presidential election.

Still under investigation by the FBI, Trump has repeatedly hinted that he will run for the presidency again, but has yet to formally announce his candidacy.