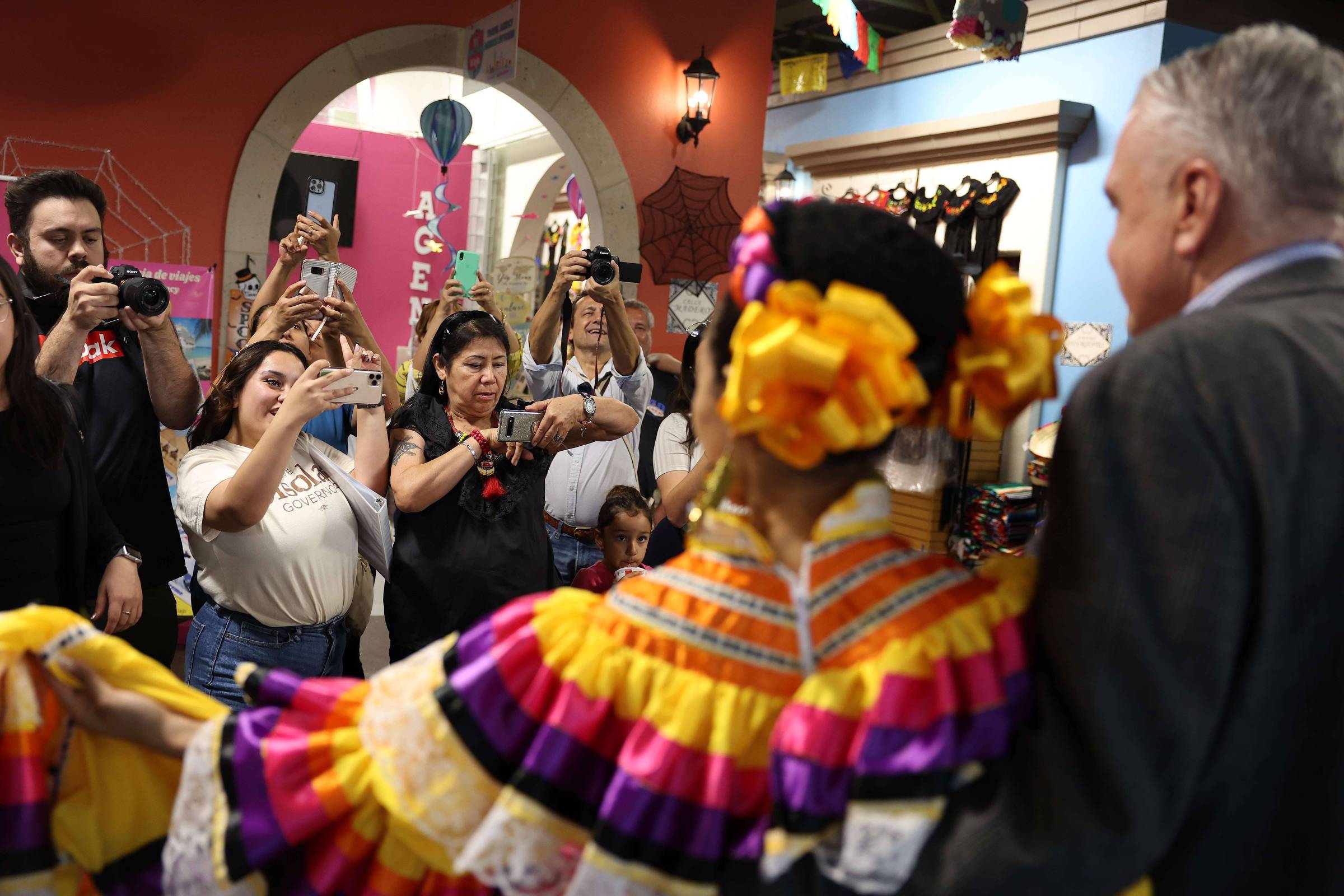 “Hola!” exclaimed Stacey Abrams, the Democratic candidate for governor of Georgia, in the south of the United States, as she took the stage at a Mexican party in the capital, Atlanta, at the end of September.

Without holding back his Spanish, Abrams soon switched to his mother tongue and presented his proposals in English. “Even those who cannot vote, know someone who votes,” he added, in a discreet allusion to undocumented immigrants. The video of the speech shared by the candidate’s social networks has subtitles in Spanish.

Abrams’ move is repeated across the country as the midterms, the midterm elections scheduled for November 8, approach. The election will renew the seats in the Chamber, a third of the Senate and a series of state governments.

With more than 62 million people according to the latest census, Hispanics and Latinos are the second largest ethnic group in the US, behind only the white population. Natives or descendants of people from Latin America make up about 19% of the total people in the country and are the demographic group with the highest growth rate.

It is a strong contingent, with 35 million voters, equivalent to 14% of the electorate, and that gains even more strength in some of the so-called pendulum states, those that do not have an explicit preference for Democrats or Republicans.

The Latino vote was thrust into the center of this year’s midterms, however, less because of its size in the general population and more because of the shakeup in the group’s allegiance to the Democratic Party over the past few decades.

A poll this month by the Ipsos Institute and the Washington Post newspaper showed that Latinos still prefer Democrats: 63% say they will vote for the party, against 36% who prefer Republicans. The difference, however, which today stands at 27 points, was 40 points in the 2016 and 2018 elections.

The reduced advantage keeps Democratic strategists awake at night and is seen as the Republicans’ big break. While Biden’s party still hopes to retain control of the Senate, Trump supporters are expected to seize control of the House, strengthening opposition to the administration.

It is in this melting pot that initiatives like Libre enter. The platform for the dissemination of conservative ideas aimed at the Hispanic community emerged within the Americans for Prosperity, a libertarian foundation that has ties to Republicans funded by the billionaire Koch family.

Republicans, however, still spend less money on Latinos on radio and TV ads. Data compiled by the American portal Politico show that since last year, the party has spent US$ 19 million on advertisements in Spanish; Democrats used nearly triple it, $54 million.

For political scientist Ken Kollman, a professor at the University of Michigan, some Republican positions attract conservative portions of Latinos, especially with regard to social, reproductive, LGBTQIA+ community rights and concerns about violence and irregular immigration.

“As the Latino community ascends into the middle and upper-middle classes, it may begin to mimic preferences of other groups in American society based on their levels of [acesso a] education and wealth,” says Kollman.

The Ipsos survey shows that at the top of the list of the most important issues for Latinos are inflation (31%), abortion (20%) and gun violence (10%). The last item soared after the attack on a children’s school in the city of Uvalde, Texas, which left 22 dead – many of them Latinos -, points out Equis Research, a group that surveys this portion of the US electorate.

“Don’t forget Uvalde”, says the entity’s analysis of the current midterms scenario. “For Latino voters, a key issue in this election is who will protect me and my family,” it said. “A vast majority of Latinos and nearly all Latino women are aligned with progressive gun positions.”

The Latin vote, however, was never monolithic. While there is an expressive community of anti-communist Cuban expatriates in Florida, of which 57% vote for the Republican Party, the preference of Mexican descent for the Democrats reaches 66%.

Andra Gillespie, an election and race researcher and professor at Emory University in Atlanta, points out that support for Trump among Latinos grew between 2016 (28%) and 2020 (32%), according to exit polls.

You have to keep in perspective, however, that nearly 70% of the Latino population does not vote Republican, says Gillespie. The expert believes that this may be a wave movement: in 2004, Republican George W. Bush, who governed Texas before becoming president, managed to garner support from 44% of Latinos.

For Equis, the scenario is not yet favorable to Biden’s opponents. “Voters who in the past voted with the Democrats may now change their minds, but the Republicans have so far failed to win them over.”

Meanwhile, the candidates continue to battle for the group, albeit with some hiccups. “Thanks for having me,” Stacey Abrams said, mixing English and Spanish at the end of her speech at the Mexican fiesta in Atlanta.

Facebook
Twitter
Pinterest
WhatsApp
Previous article
Opinion – Cozinha Bruta: The ‘bolsominion’ panettone and the ‘petralha’ beer
Next article
Rio suspends 1st dose of vaccine against Covid for children aged 3 and 4 years due to lack of immunization