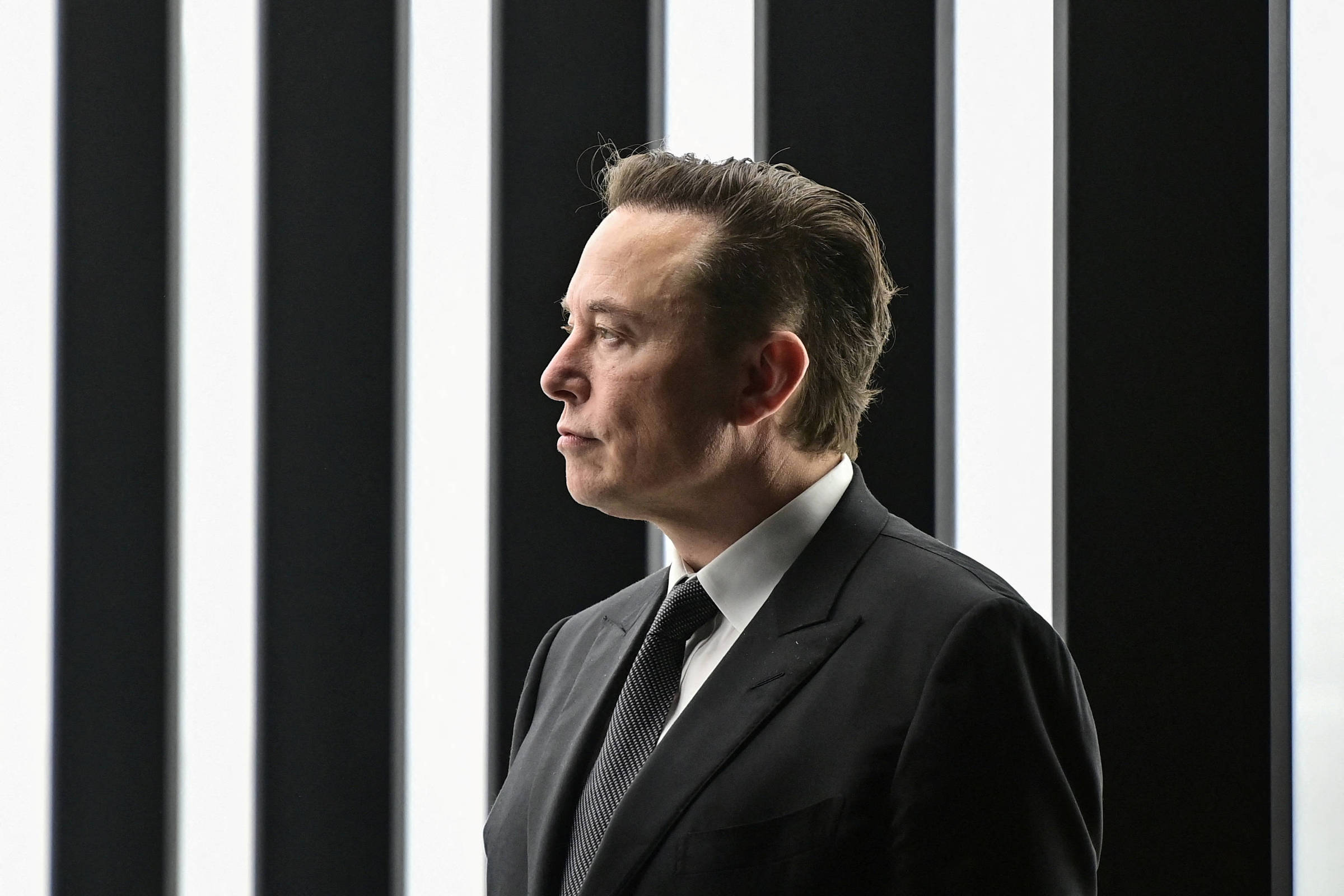 From Ukraine to Taiwan, understand how Elon Musk became an agent of geopolitical chaos

In the last four weeks Elon Musk has proposed a peace plan for Russia and Ukraine that has infuriated the Ukrainian authorities. He posted a tweet about internet access in Iran that exposed anti-government protesters to a phishing scam. In an interview, he suggested that China could be calmed if it were given partial control of Taiwan — a Taipei representative demanded that he recant.

Musk has emerged in recent months as a new and chaotic actor on the global political stage. While there is no shortage of billionaire executives who like to post their thoughts on world affairs on Twitter, none of them comes close to Elon Musk’s influence or his ability to stir up trouble. In some cases Musk has meddled in situations even after being advised not to. And it has already created a lot of confusion.

Most of his fortune comes from his electric car company, Tesla, but his influence is largely due to his rocket company, Space X, which operates the Starlink satellite network. Starlink can provide internet access to conflict zones and geopolitical hotspots and has become an essential tool for the Ukrainian army.

Musk’s influence will grow further if his planned takeover of Twitter is finalized on Friday, as he promised. Musk describes himself as an absolutist of free speech, and he is expected to promote little moderation of Twitter content.

His critics, and there are many, fear that it will be difficult to separate Musk’s views from his business interests, especially where Tesla is increasingly dependent on China.

In some cases Musk has been a blessing. Earlier this year, when he gave Ukraine Internet access over the Starlink network and financed at least some of the hardware and service, he provided civilians and military with a crucial means of communication during the conflict with Russia.

But the messages he has been sending out have also caused problems. Last week he posted on Twitter that he could not pay for Ukraine’s use of Starlink indefinitely. Then he suddenly changed his mind.

At lunchtime, under a tent set up on a golf course, Musk took the stage to participate in a wide-ranging debate with billionaire businessman David Rubenstein. The information is from two people present at the event and who wish to remain anonymous.

At the end of the discussion, to the surprise of many present, Elon Musk proposed a peace plan in the Ukrainian War that would allow Russia to annex Ukrainian territory. He would have apparently aligned himself with the Kremlin.

According to those present, the proposal infuriated many people at the event. The following day Jake Sullivan, national security adviser to President Joe Biden, gave a video lecture at the event, and one participant touched on the issue of Elon Musk’s peace plan. According to a spokesman for the National Security Council, Sullivan did not comment on Musk’s remarks. Even so, ten days later Musk revealed his plan on Twitter. The Kremlin expressed public support for the proposal.

Ukrainian President Volodymyr Zelensky and his top aides sharply criticized Musk’s plan. But the businessman’s ever-changing positions put them in a tight spot: Starlink terminals have become a crucial means of communication for the Ukrainian army.

Musk did not respond to multiple requests for comment.

In mid-September, as the Ukrainian army advanced into Russian-occupied southern territories, it lost access to Starlink in some areas near the front lines, four people with knowledge of the situation revealed. Two of them said this was because Musk “geofenced” the internet service so that it was only available in certain areas. It was unclear why the satellite system was not working. Others in Ukraine reported that it was working normally.

Musk reportedly discussed the matter with the Ukrainian government and the US government in an effort to determine where the military will have access to Starlink. A spokesperson for the National Security Council said the Council, the Treasury Department’s Office of Overseas Assets Control and “representatives from all sectors of the US government spoke with Starlink and answered questions about US policy, as we do with all companies”.

This month Elon Musk created more uncertainty in Ukraine when he said he couldn’t continue to pay for Starlink’s service in the country, making it look like he was footing the bill. In fact, according to a spending document seen by the New York Times, the United States, the United Kingdom and Poland paid at least part of the cost of Starlink to SpaceX.

While in Aspen presenting his peace plan for the war in Ukraine, Musk also intervened in relation to the anti-government protests in Iran.

As protests spread across the country and authorities responded by blocking internet access in some regions, Musk appeared to have offered help. “Enabling Starlink,” he said in a Twitter message after the US government lifted some sanctions that limited the ability of US tech companies to operate in Iran so they could help protesters.

Starlink offered the potential to bypass the blockade of terrestrial internet connections that had left the Iranian population in many cities without internet access.

But, as many Iranians soon discovered, Musk’s promise did not hold up. Musk failed to provide any information about what it took to get Starlink up and running, how long it would take, and why restrictions imposed by the Iranian government would make it virtually impossible to offer the service widely in the country.

According to an Iranian digital rights expert, Amir Rashidi, with Starlink still inaccessible in Iran, hackers believed to be linked to the government launched a phishing campaign, sending messages through social media channels containing links that allegedly gave access to Starlink. Instead, the links were malicious software that stole information from users’ phones, said Rashidi, who has analyzed at least five versions of the malware.

Today, Rashidi said, there is some Starlink internet access available in Iran with equipment smuggled in from other countries. This is raising additional fears that authorities could identify transmitted data, because satellite signals could perhaps be tracked and point to people in the country.

Rashidi, who fled the country in 2009, praised Musk for trying to help but said his tactics were “very irresponsible”. “He was just someone who wanted to step forward and say, ‘I’m doing something positive,’ but not understanding what the consequences would be,” he explained.

Recently, Elon Musk also spoke publicly about possibly the most sensitive geopolitical area in the world at the moment: Taiwan.

Tensions between China and Taiwan pose major risks for Musk’s corporate empire. Tesla operates a manufacturing facility in Shanghai that produces up to 50% of the company’s new vehicles. The Beijing government heavily controls the operation of Western companies in the country, and it is not new that observers have worried about how Tesla’s dependence on China could affect Elon Musk’s political positions.

This month the businessman confirmed that he is under pressure from Beijing, telling the Financial Times that the Chinese government has made it clear that it disapproves of the internet access he offers Ukraine through Starlink. Musk said Beijing wants reassurance that he doesn’t offer the service in China.

So he proposed a way to ease tensions: hand over some control over Taiwan to China.

His comment, which strongly contradicts the policy of the US and its allies, drew immediate criticism from Taiwanese politicians.

In a telephone interview with the New York Times, Chao Tien-Lin, a member of the Democratic Progressive Party and the Taiwan Legislature’s defense and foreign affairs committee, urged Musk to retract. “If he doesn’t, I will sincerely advise not only Taiwanese, but all consumers in liberal democratic countries to boycott Tesla and related products,” he said.

Some people noted that if there is a military conflict between the two countries, Taiwan, like Ukraine, could ask Elon Musk to provide an emergency means of communication with satellite internet. But given Musk’s public stance on the situation and given his ties to Beijing, Starlink may not be a viable option.

Facebook
Twitter
Pinterest
WhatsApp
Previous article
Nelson de Sá: Video on the NYT says that Brazilians will decide ‘the future of the planet’
Next article
‘If I were Bolsonaro, I would say everything Lula does, I do more, because we steal less’, says Guedes