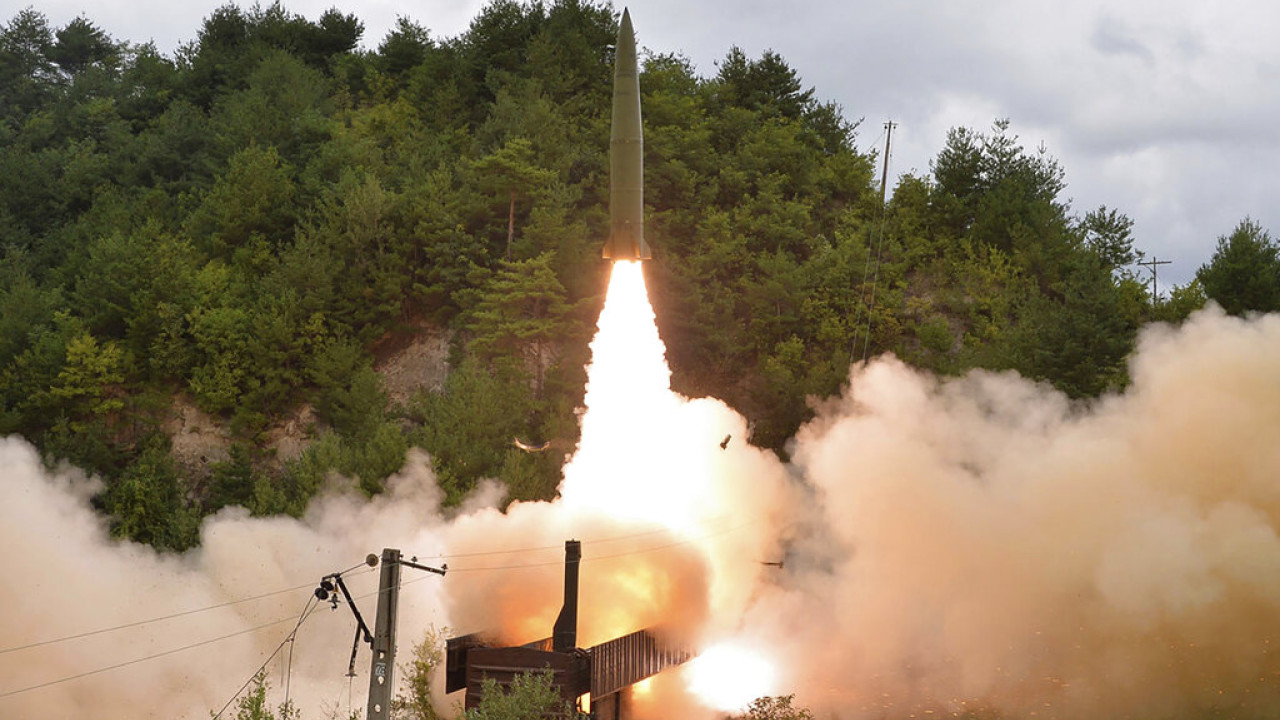 US warns: Our nuclear weapons are intended to deter any kind of strategic attack

The United States considers that their nuclear weapons are destined for “the prevention of any kind of strategic attack”, even by conventional means, he warns the Pentagon in its new nuclear strategy released today.

“This includes the use of a nuclear weapon, whatever its power, and very large attacks of a strategic nature, using non-nuclear means,” told reporters a senior official of the US Department of Defense, explaining that this new approach aims to “complicate the decision-making” of the adversary at a time when Russia accuses Ukraine of planning to use a “dirty bomb”.

The government of American President Joe Biden gave three documents to the public today: the National Defense Strategy, the Nuclear Strategy Review and the Missile Defense Review. All together describe the priorities of the armed forces for the coming years.

“Russia carried out its attack on Ukraine under the threat of a nuclear threat, with irresponsible statements, with nuclear exercises on erratic dates and with lies about the potential use of weapons of mass destruction,” the document on the new US nuclear doctrine says. It is the first time that the Nuclear Strategy Review is published at the same time as the new National Defense Strategy.

For her North Korea, where the US believes a nuclear test is imminent, the Pentagon is warning that a nuclear strike by it would mean “the end of the regime” of Kim Jong Un. “Any nuclear attack by North Korea against the US or its allies and partners would be unacceptable and would lead to the end of this regime. There is no scenario in which the Kim regime could use nuclear weapons and survive,” the text reads.

The ministry also states that the China has launched an ambitious effort to “expand, modernize and diversify its nuclear forces”, estimating that Beijing would like to have “at least 1,000 nuclear warheads by the end of the decade”.

But “Russia is the main adversary of the US” because of its many diverse and powerful nuclear forces.

Russia has 1,550 developed nuclear warheads and another 2,000 that it has not developed. “Its modern nuclear arsenal, which is expected to increase, constitutes a long-term existential threat to the US and our allies and partners,” the ministry said, stressing that in the 2030s the US will find itself, for the first time in its history, “confronted with two major nuclear powers that will be strategic competitors and potential adversaries.”

The Pentagon also plans to halt development of submarine-launched nuclear-tipped cruise missiles (SLCM-N), although senior military officials have publicly recommended that the program be maintained. It is unclear whether Congress, likely to be controlled by Republicans after November’s midterm elections, will approve a repeal of that program announced in 2018 by former President Donald Trump.

The Biden administration argues that the SLCM-Ns are useless and will be canceled because the US “already has the means to prevent limited nuclear use.” In April, General Mark Milley told MPs that his position on the SLCM-N had not changed and that he believed there needed to be more options.

When asked if military officials recommended canceling the program, a ministry official said “everyone’s voice was heard.” He added that the decision was made to cancel the program because, even if fully funded, the missiles would not be ready until 2035.

Facebook
Twitter
Pinterest
WhatsApp
Previous article
I have a good relationship with Lula and Bolsonaro, says Putin to Folha
Next article
Paulo Betti makes up to 20 videos a day to try to convince fans to vote for Lula