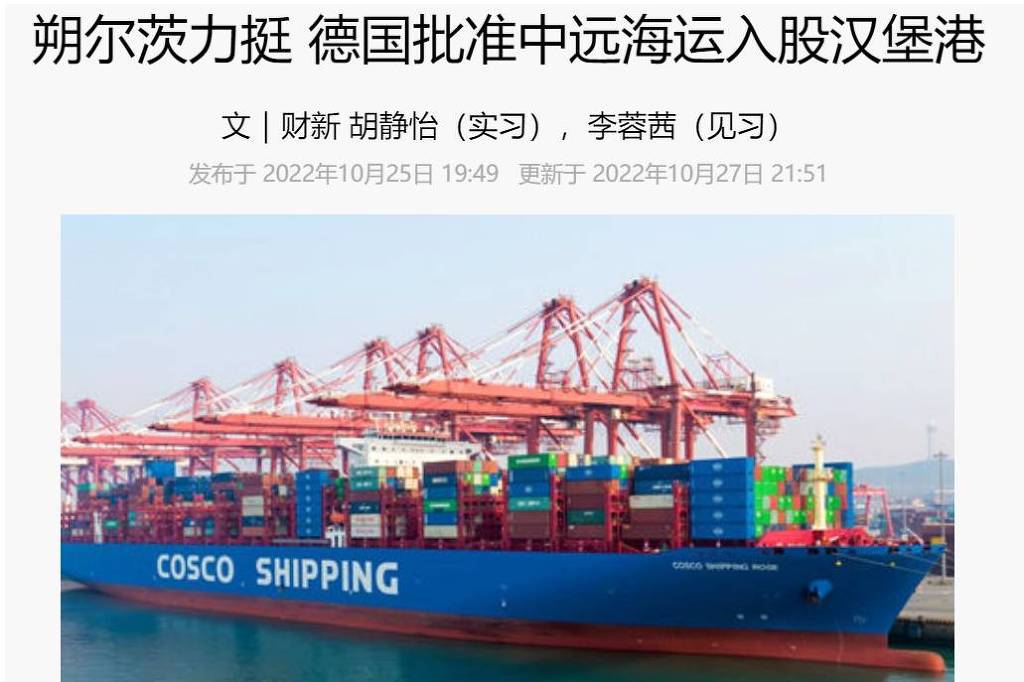 The New York Times notes that a new Pentagon “strategy document says China and Russia pose the most dangerous challenges” for the United States, with the former rising not just militarily but in technology. Russia, on the other hand, would be “declining”.

And it is to China that Germany is going next week. Chancellor Olaf Scholz, leading businessmen, will meet with Xi Jinping — without heeding what the NYT and Wall Street Journal describe as his estrangement from Western allies.

On the eve, as reported by Süddeutsche and others, Scholz approved a Chinese investment in the port of Hamburg, against external and internal pressure, but with the support of spokespeople for the private sector, such as the chief commentator of Die Welt.

Under the title “Giving up Chinese investments only benefits Germany’s competitors”, he argues that “ignoring Beijing would be not only illusory, but also reckless”, demanding “to look soberly at one’s own interests”, without “foolish” dichotomy.

It’s not just Scholz who goes to Xi. Caixin and Global Times report that, before, the secretary general of the Vietnamese CP, the Pakistani prime minister and the Tanzanian president arrived in Beijing, with agendas of expansion in bilateral economic relations.

Caixin itself reports possible explanations, with the advance in Chinese foreign trade in September, especially with emerging markets, and the reason for the “greater-than-expected growth” in Chinese GDP in the quarter, due to infrastructure.

Caixin also covers the announcement of another US$ 30 billion in investments by the New Development Bank, the Brics Bank, based in Shanghai and chaired by Brazilian Marcos Troyjo. The number of members continues to increase and reached nine.

Xinhua news agency reported that, in a message to a Sino-US commission, “Xi asks to find the right way for China and the US to get along”, but also “shows China’s firm policy amid increasing US pressure”.

On the other hand, the Guancha portal reported that Chinese Foreign Minister Wang Yi called his Russian counterpart Sergei Lavrov to say that “it is the legitimate right of China and Russia to carry out their development.”