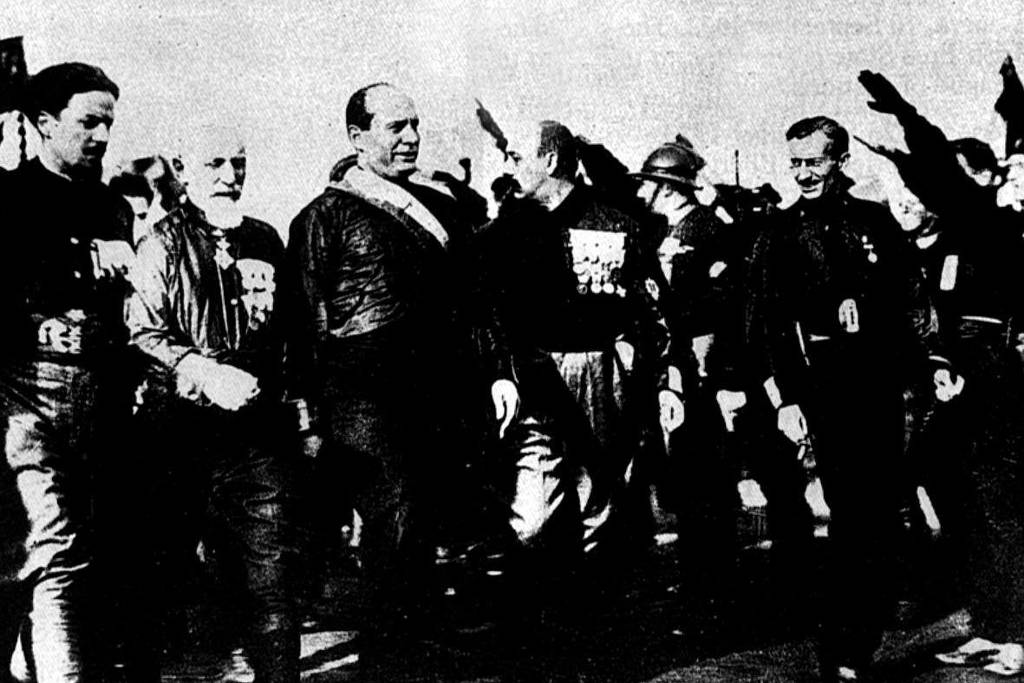 The March on Rome, begun exactly one hundred years ago, meant the arrival of Benito Mussolini’s fascism to power, but it was not reduced to Italian history —since it spread the desire for emulation in many corners of Europe—nor to the beginning of the last century. Elements that led to the two-decade-long dictatorship continue to drive the contemporary far-right.

In addition to the obvious ephemeris, the date gains special attention in Italy, which, by a coincidence in the calendar, has seen leaders whose political history descends from the fascist regime take office in recent days in the Executive and Parliament.

Eyes will be on the new prime minister, Giorgia Meloni, founder of the Brothers of Italy party. His insertion in politics took place in the youth section of the Italian Social Movement, formed in 1946 by members of the final phase of Mussolini’s regime. With her are other heirs of this legend, such as the president of the Senate, Ignazio Benito La Russa.

Since the election campaign, Meloni has intensified efforts to try to move away from fascism. In his first speech at the post, on Tuesday (25), he said that he never nurtured sympathy or proximity to anti-democratic regimes. “By none, including fascism,” he declared. “The racial laws of 1938 were the lowest point in Italian history, a shame that will mark our population forever.”

At the same time that it maintains, under much criticism, symbols of post-fascism —such as the tricolor flame that stamps the logo of the Irmãos da Itália—, it shows resistance in emphatically condemning the involvement of party allies and affiliates in acts that refer to the movement: typical gestures, collecting objects and participating in events about the March on Rome.

Annually, clandestinely or publicly, nostalgic and neo-fascist activists gather in Predappio, a small town in Emilia-Romagna where Mussolini was born and is buried. Last year, there were about 600 people in black shirts, like the original fascist squads. This year, thousands are expected for a procession this Sunday (30).

“It was a folkloric phenomenon, which brought together nostalgics seen as ridiculous. Today, the victory of the Brothers of Italy has given them a certain legitimacy”, says Marco Mondini, professor of contemporary history at the University of Padua. “Many, including young people, think they are now on the right side.”

If Meloni is in doubt as to how he will make reference to the March on Rome, analysts consider the centenary an opportunity to dispel myths related to the rise to power of fascism and to reinforce its irreparable damage. In recent weeks, a series of books, exhibitions and films have been launched with these intentions.

One of them is “Roma 1922: Il fascismo e la guerra mai finita” (fascism and the war that never ended), by Mondini. The historian details the scenario that led to Mussolini’s coming to power, especially the consequences of the First World War (1914-1918). Despite having formally emerged as the victor, Italy, like the defeated Germany, experienced the continuity of a culture of violence that led, in the following years, to a fierce internal political struggle.

“The war had not only mobilized industries, people and armies, but also propaganda and moods, eventually unleashing radical hatred for the enemy. And hatred is not easy to demobilize”, writes Mondini.

In the three years before the March on Rome, the clash between fascists and socialists, communists and anarchists, considered enemies of the homeland, intensified in Italy. In this environment, the movement created by Mussolini, which used fear as an instrument, began to gain support, declared or not, from police forces, state officials, industrialists and sectors of the press. “Many said that the best way to get Italy out of that civil war was to let the fascists into the government.”

The scenario, he argues, leads to the conclusion that the March on Rome was neither a coup d’etat nor a revolution. It was a collective work conceived by Mussolini, with which the army and the monarchy actively contributed. “It was, above all, a grandiose theatrical performance. A media operation and a terrorist act of psychological warfare,” Mondini tells Sheet.

The aim was not to set in motion a violent insurrection. Mussolini was aware that the 25,000 fascists who gathered around Rome at the end of October — poorly armed, in bad weather and without enough food — were not capable of winning an eventual confrontation with the military forces that protected the capital, with 30 thousand men. A real resistance on the part of the State never existed.

The Army was a protagonist in those pre-March months, considering the liberal politicians in power as incapable of fighting the “socialist danger” and supporting, even with weapons, paramilitary militias – among them the fascist squadrons, classified as the most violent or ” effective”.

Information services also played a role in spreading false or distorted facts. The military, writes Mondini, put in place a “strategy of disinformation and exaltation of the subversive threat.” A legacy of the March, the misuse of the media is still one of the main links between historical fascism and the contemporary extreme right.

“By analyzing nationalist newspapers such as Popolo d’Italia [fundado por Mussolini], it is clear that much of what is published is made up of evident falsehoods. The systematic use of lies is one of the great inventions of Mussolini’s journalism and one of the most dangerous legacies of that cultural context.”

Another recurring element in the current political debate is hate speech against political opponents — seen as an enemy to be eliminated. From the point of view of language, political disputes become a kind of crusade, a struggle of good against evil. “It is a very dangerous process, which indicates a degeneration of democratic life.”

Using these instruments, Mussolini paved the way for the fascists that culminated in the March on Rome — which he initially followed in Milan from the headquarters of his newspaper. His intention was to frighten and threaten the state as he negotiated his entry into power, not as part of a coalition, but as a leader with carte blanche to form his own government.

On October 30, 1922, Mussolini arrived in Rome and, with the certainty that his ambition would be realized, gave the green light for the fascists to enter the capital. The next day, he was appointed by King Vittorio Emanuele 3rd as Prime Minister. In office for two decades, he installed a dictatorship, instituted racial laws, sent Jews to concentration camps, entered World War II and watched the country be occupied by the Nazis. When he died in 1945, he left a defeated Italy.

“When I hear people nostalgic for fascism, I think that it is still necessary to explain that it was a dictatorship that started out wanting to create an empire, but ended up with a destroyed country”, concludes Mondini.