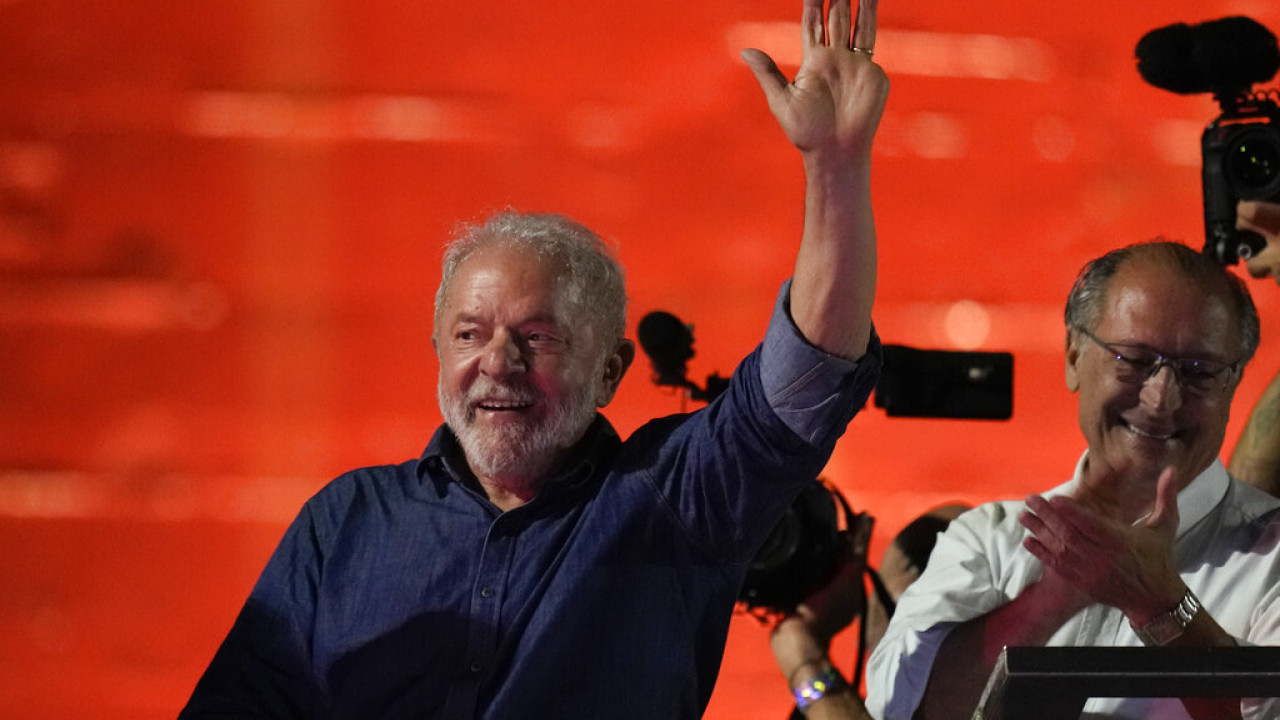 Brazil: Lula has won but the challenges he will face are ahead

After a night of euphoria in Brazil, World leaders hail Luis Inacio Lula da Silva’s victory in the second round of his country’s presidential election for what promises to be a difficult term, with his rival Jair Bolsonaro yet to concede defeat.

The outgoing president remains silent this morning on the transition process, which is expected to last until January 1.

In Washington, the president joe biden he welcomed Lula’s victory and noted that he “looks forward to working” with him. The reaction was the same in Moscow, with Russian President Vladimir Putin expressing hope for a “constructive Russian-Brazilian cooperation”.

On the European side, the head of EU diplomacy Josep Borrell also said he was “eager” to work with the Lula government.

In Beijing, at the same time, a representative of the Ministry of Foreign Affairs assured that China intends to lead the cooperation between the two countries “to a higher level”.

However, the deafening silence of Bolsonaro, who was narrowly defeated in the second round of the presidential elections held yesterday (he secured 49.1% of the votes against Lula’s 50.9%) and still has two more months to rule the country, it is threatening.

“He must pacify the country”

“The worst that could happen is that Brazilians go to sleep without having heard the position of their president (Bolsonaro), which would create doubts about his own acceptance of the result” of the election, he said last night. The Leandro Consentino, political analyst at the private university Insper in Sao Paulo.

However, the lights at the Alvorada Palace went out early last night and according to Lauro Hardim, a generally well-informed columnist for O Globo newspaper, the defeated president refused any visit after the election result was announced and went to bed.

In yesterday’s second round of presidential elections, Lula, apparently already anticipating difficulties, had wished “that the (outgoing) government is civilized to the point that it understands the need for a proper transfer of power.”

One of the challenges that Lula has in front of him is to unite a Brazil battered by four years of tumultuous rule from his predecessor, a Brazil divided in two by the most polarizing and ferocious election campaign in its recent history.

“Half the population is unhappy” with the result, Consentino pointed out, hastening to add: “It will be important that Lula has the ability to reach out to those who did not vote for him and tell them that he is everyone’s president.” . “Lula must pacify the country,” the analyst stressed.

According to the newly elected president, “there are no two Brazils”. “We are one people, one nation” he assured yesterday.

“This country needs peace and unity,” insisted the former miner, a center-left politician, as “no one wants to live in a family where discord reigns.”

Lula also faces a parliament that has moved further to the far right since the Oct. 2 election, with Jáich Bolsonaro’s Liberal Party (PL) becoming the first party in the House of Representatives, as well as the Senate.

In announcing his candidacy, Lula united a motley coalition of about ten movements around his Workers’ Party (PT).

He also chose a centrist vice president, Geraldo Alkmin, his former opponent in the 2006 presidential race, whom he had defeated, to appeal to the moderate electorate and the business community.

“Need for a living Amazonia”

In two months, the future president will have to announce the composition of his government.

Lula could pursue another diversity in his team: women — not more than one left in the outgoing Bolsonaro government — non-white and indigenous, one of whom to head a newly created Ministry of Indigenous Affairs.

Lula’s government it should also re-fund the organizations monitoring the deforestation of the Amazon rainforest, which have been greatly weakened by credit cuts, fragmentation and total impunity for all manner of smugglers.

“Brazil is ready to take back its leading role in the fight against the climate crisis (…) Brazil and the planet need a vibrant Amazon,” said the newly elected president.

Reacting to his victory, Norway announced today that it intends to resume financial aid against Amazon deforestation, which Oslo had frozen under Bolsonaro’s presidency.

Finally, there is another major challenge facing Lula, who will have to finance his pre-election social commitments without the growth of his previous terms in office: Brazil’s state finances were strained after tens of billions of Brazilian reais were distributed for electoral purposes. in aid from the outgoing president.