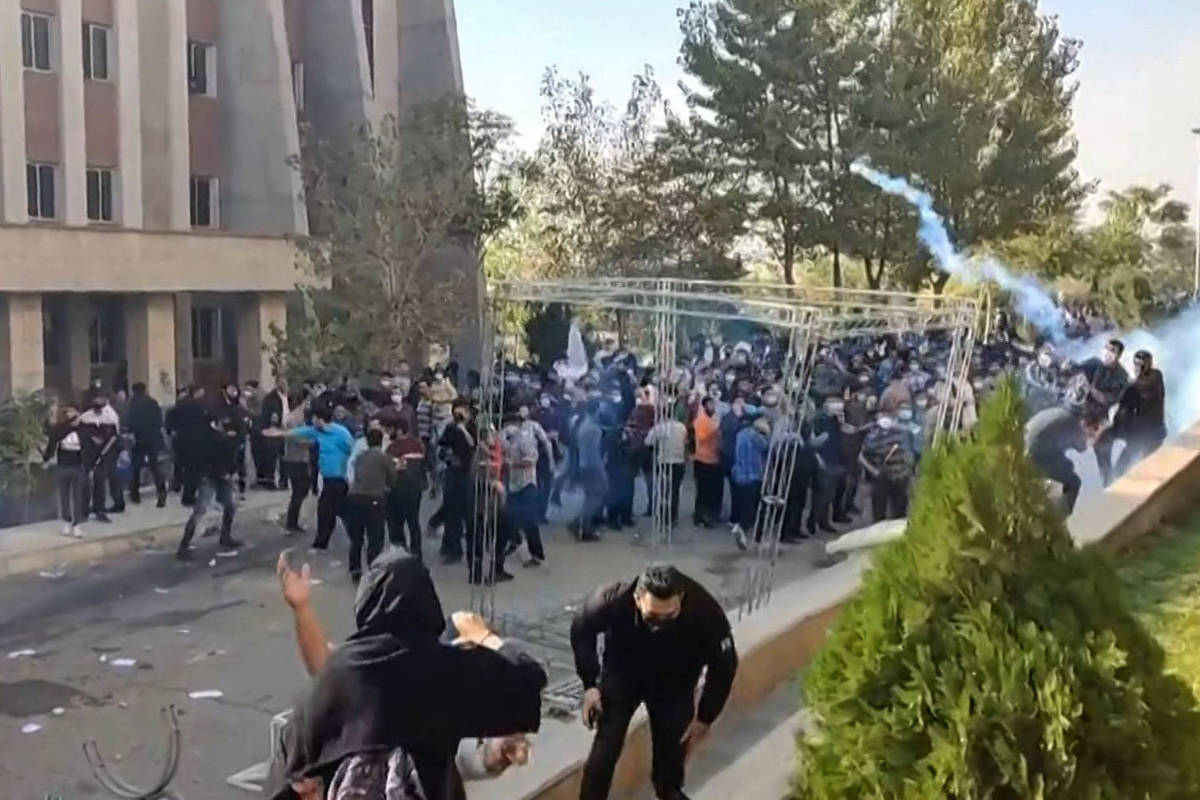 About 1,000 people indicted in protests in Iran’s capital will face public prosecution for carrying out “acts of sabotage”, including “assaulting or harassing security guards and setting fire to public property”.

The decision, announced by Tehran’s chief justice and reported by the semi-official Tasnim agency, represents another step in the regime’s attempt to crush once and for all the wave of acts that began with the death of Mahsa Amini a month ago and middle — the biggest show of opposition to the regime in years, with many of the protesters calling for an end to the theocracy in place in the country since 1979.

Authorities claim the protests are planned by foreign forces to destabilize Iran.

The trials will take place throughout this week at the Revolutionary Court. It is not known whether the 315 protesters who were allegedly indicted on Saturday — five of them accused of crimes punishable by the death penalty — are included among the 1,000 named, called “rioters” by authorities.

Participants in the rallies belong to all age groups, although students and women played a prominent role in the demonstrations, brandishing and setting fire to the scarves they use to cover their hair — the hijabs, a mandatory item of clothing in Islam whose supposed misuse would have taken to Mahsa Amini Prison first.

The protests have gained strength again in recent weeks, with reports of the deaths of several teenagers in clashes with security forces. The activist news agency Hrana counted at least 283 dead during the demonstrations, including 44 minors. About 34 officials were also allegedly victimized.

On Saturday, the commander of Iran’s Revolutionary Guard, Hossein Salami, advised protesters not to take to the streets, declaring it to be “the last day of riots”. The elite force, commanded by the country’s supreme leader, Ayatollah Ali Khamenei, has not yet been deployed to quell the protests — until now, the regime had basically called in traditional security forces for this purpose, including the Basij volunteer militia.

Despite the threats, protesters gathered at universities again on Monday, according to an activist Twitter account that appears to have been deactivated, Tasvir1500. The profile recently shared a video in which a woman says her 22-year-old son was sentenced to death at an initial hearing, and that she was questioned without a lawyer present.

Mahsa Amini died on 16 September after being detained for three days by the moral police while visiting Tehran with her brother. The regime alleges that her death was due to a heart problem, a version that the family and activists dispute – they claim that she would have been the victim of aggression by the agents. The girl’s father says he was prevented from seeing the autopsy report on his daughter’s body.

The demonstrations began at Amini’s funeral in the Iranian province of Kurdistan, where she lived. Since then, they have only intensified, spreading across the country and attracting the attention of the international community.

Facebook
Twitter
Pinterest
WhatsApp
Previous article
Panel SA: After defeat, Bolsonaro prepares package of measures in the Economy
Next article
Mitsotakis: It is encouraging that our efforts to reform the economy are recognized