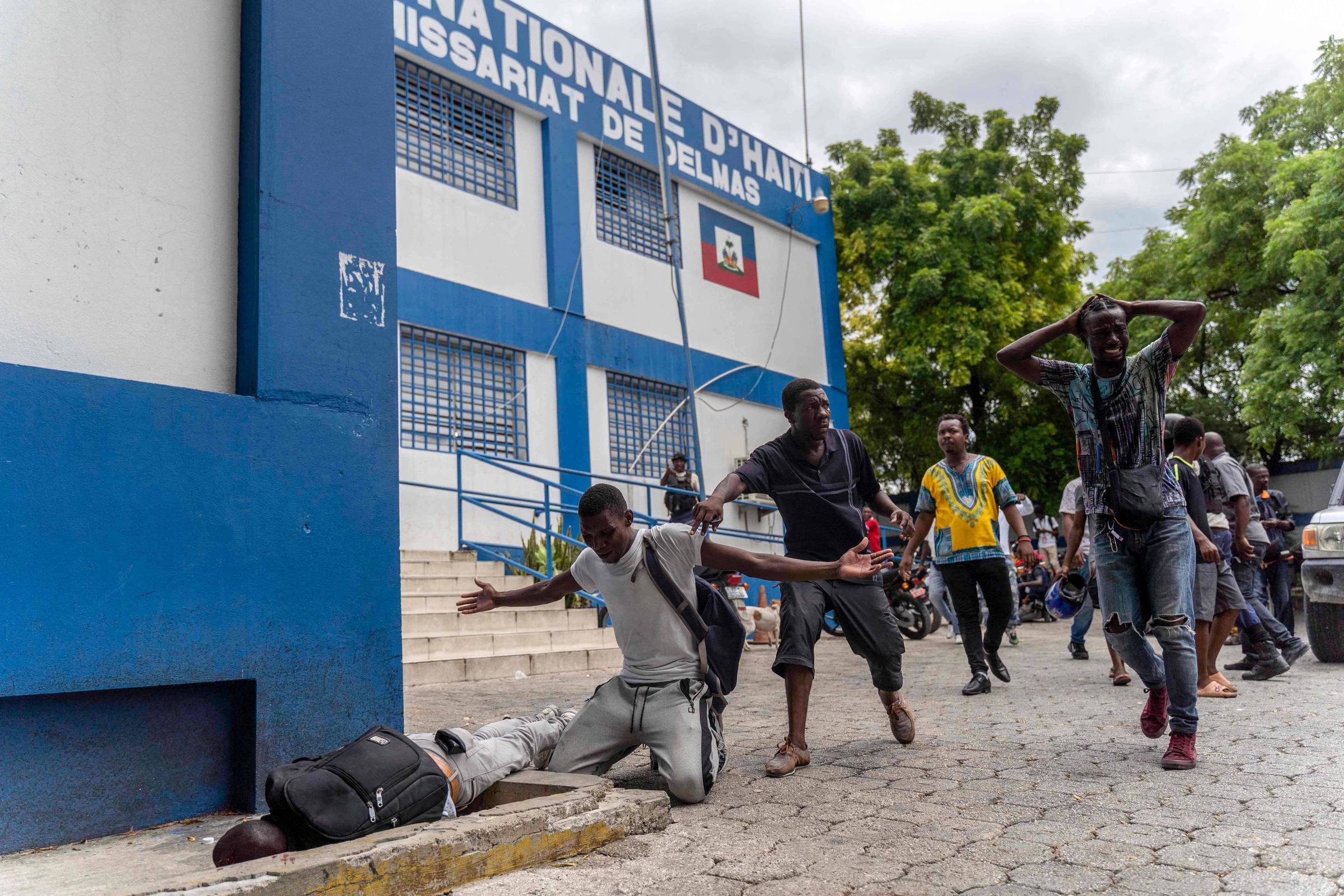 Haitian journalist dies during protest against the arrest of another journalist

A Haitian journalist was killed on Sunday (30) in Port-au-Prince when he was hit in the head by a tear gas canister while protesting to demand the release of one of his colleagues detained by the police, a medical source told the AFP news agency.

This is the fourth episode of violence against media professionals in recent days in the country, which has been facing demonstrations marked by violence and looting for weeks.

Romelo Vilsaint had met with other press colleagues outside the capital’s police station to ask for the release of journalist Robest Dimanche, who had been arrested shortly before when he was shot.

Vilsaint spent a few minutes in the emergency room before he died, the informant told AFP, adding that several hours passed before the journalist was taken to hospital in a critical condition.

“Police misused tear gas,” said Raynald Petit-Frere, president of the Haitian Digital Media Collective, of which Vilsaint was a member. “I also saw a police officer using his assault rifle. I heard gunshots and then I saw the journalist lying in his blood.”

Vilsaint’s death comes a week after the discovery of the body of Garry Tess, a broadcaster from southern Haiti, and the attempted murder of Roberson Alphonse, an investigative reporter for the newspaper Le Nouvelliste. In his texts and radio programs, Alphonse addresses topics such as national politics, crime and policing, as well as security conditions in the country.

Unidentified assailants shot Alphonse’s car as he was driving through Port-au-Prince on his way to work at the Magik9 radio station. The attack, which left at least ten bullet holes in his car, wounded the journalist in both arms, but he managed to drive to a hospital where he received treatment.

UNESCO condemned the attack on Alphonse and demanded that an investigation be launched into Tess’s crime.

In recent weeks, Haiti has been the scene of violent protests. The trigger was a government decision to end subsidies for gasoline, diesel and kerosene, raising prices by around 50%. In response, a gang blocked the port of Varreux, the main gateway for imported goods from the country.

The lack of fuel caused transport chaos and forced businesses and hospitals to halt activities. The seizure of the port has also led to a shortage of bottled water at a time when the country is experiencing a new outbreak of cholera, which has been brought under control with intensified hygiene measures.