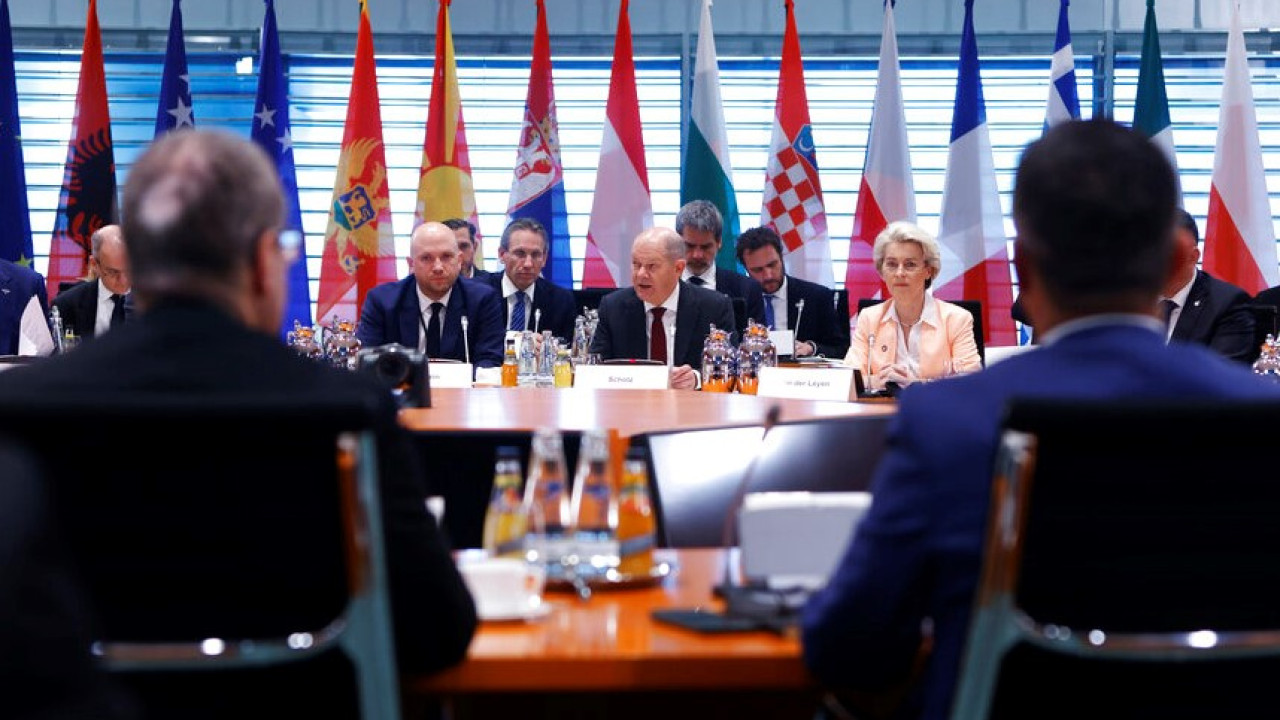 Solz on “Berlin Process”: Need to accelerate the European perspective of the Western Balkans

“The Berlin Process” is bringing results, said Chancellor Olaf Solz announcing the opening of the Summit, in which Prime Minister Kyriakos Mitsotakis is also participating.

THE “Berlin Process” brings results, emphasized the chancellor Olaf Solz and highlighted the need – in the light of the Russian attack on Ukraine – to accelerate the European perspective of the Western Balkans and to achieve the goals set with the “Thessalonica Agenda” in 2003 – “in the interest of all of us”.

“The stability of the region cannot be dealt with separately from the stability and prosperity of the whole of Europe,” said Mr Solz, announcing shortly before the inclusion of its work Summit of the “Berlin Process” for the Western Balkans, in which Prime Minister Kyriakos Mitsotakis also participates.

The countries of the region “belong to free democratic Europe”, he added and assured that their integration into the European Union “is in the interest of all of us”. We must all make the necessary efforts in order to realize the goals set in Thessaloniki 20 years ago, noted the chancellor and spoke of a “common vision” shared by the countries of Europe, including the Western Balkans.

Referring to three agreements that will be signed today in the framework of the Synod, for the mutual recognition of identities, academic and professional titles, Olaf Solz underlined that they will facilitate the daily life of the citizens of the region by strengthening their internal common market, but he also pointed out that these commitments are now taking on a new character of urgency, due to Russia’s “barbaric military aggression” against Ukraine. It is important to stay united and defend freedom and the rule of law in Europe, the chancellor said, stressing the need to overcome regional conflicts, “which prevent you from moving forward”.

He specifically referred to the importance of promoting the normalization process of Serbia-Kosovo relations and assured that the citizens of the region “can count on the support of Germany” and of the “Berlin Process”.

About today agenda, Olaf Solz also referred to the discussion that will take place on the cooperation of the countries of the region and the reconciliation process of the peoples, in the context of which there will also be a meeting with young people and representatives of civil society. He also made special mention of the region’s energy security and its transition to renewable energy sources, welcoming the countries’ decision to cooperate with the energy community in order to achieve climate goals.

As the chancellor said, the Synod will still be concerned with the issues of irregular immigration, corruption and organized crime. It is crucial, he stressed, to harmonize the procedures for issuing travel visas of the Western Balkan countries with those of the EU.