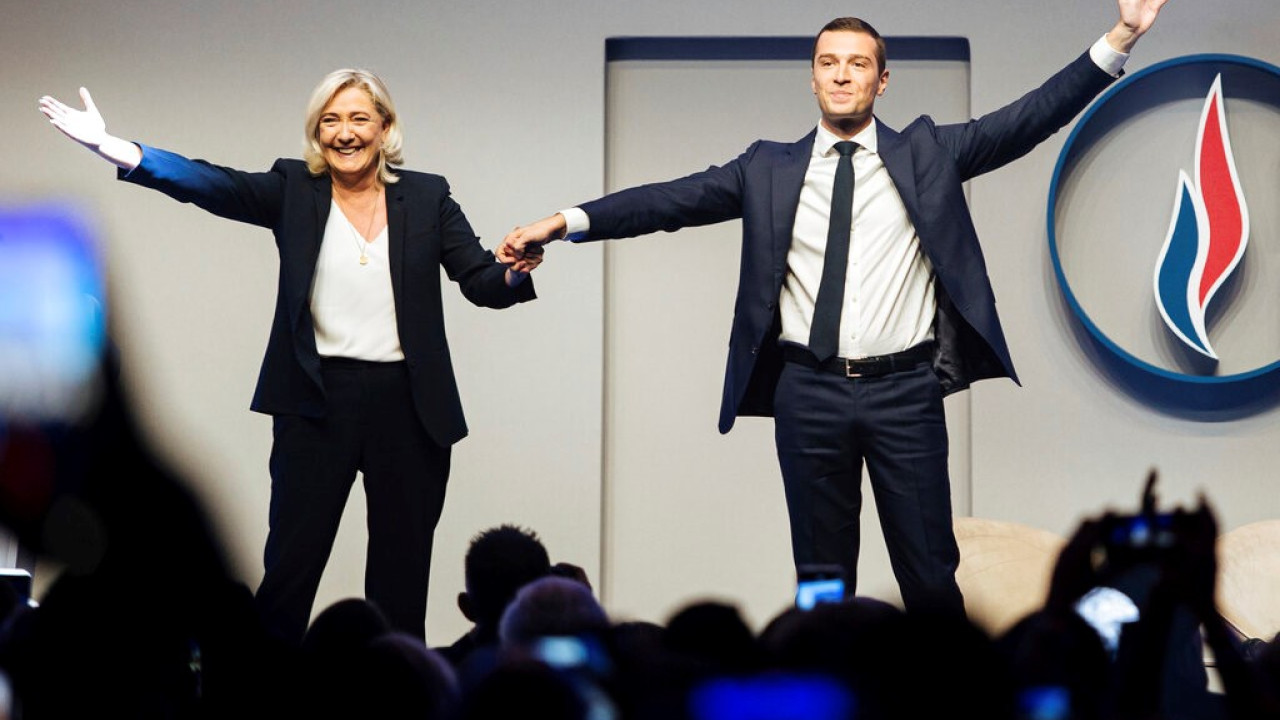 Bardela was elected as the new president of the far-right “National Alarm”, the first party leader who will not be a member of the Le Pen family.

The French far-right party, “National Alarm”, today elected 27-year-old Jordan Bardela as its new president, who will succeed Marine Le Pen and thus become the first leader of the party who will not be a member of the Le Pen family.

However, he is the partner of Marine Le Pen’s niece.

Bardella, who is an MEP, served as the party’s interim president for a year — when Le Pen temporarily retired to campaign ahead of the last presidential election — and won 84.84 percent of the vote. members against 15.16% of the rival candidate Louis Aliot, mayor of Perpignan.

After 11 years at the helm of the party, Le Pen stepped down to focus on the battle to claim the presidency in the next election, while she will also lead the party’s parliamentary group, which has 89 seats.

Le Pen had taken over the leadership of the party from her father and founder Jean-Marie Le Pen and renamed it in 2018 from “National Front” to “National Alarm”.

Facebook
Twitter
Pinterest
WhatsApp
Previous article
Kikilias for the “Tourism for All” program: We strengthened families, highlighted new destinations
Next article
Opinion – The World Is a Ball: Four doubts on the eve of the selection for the World Cup