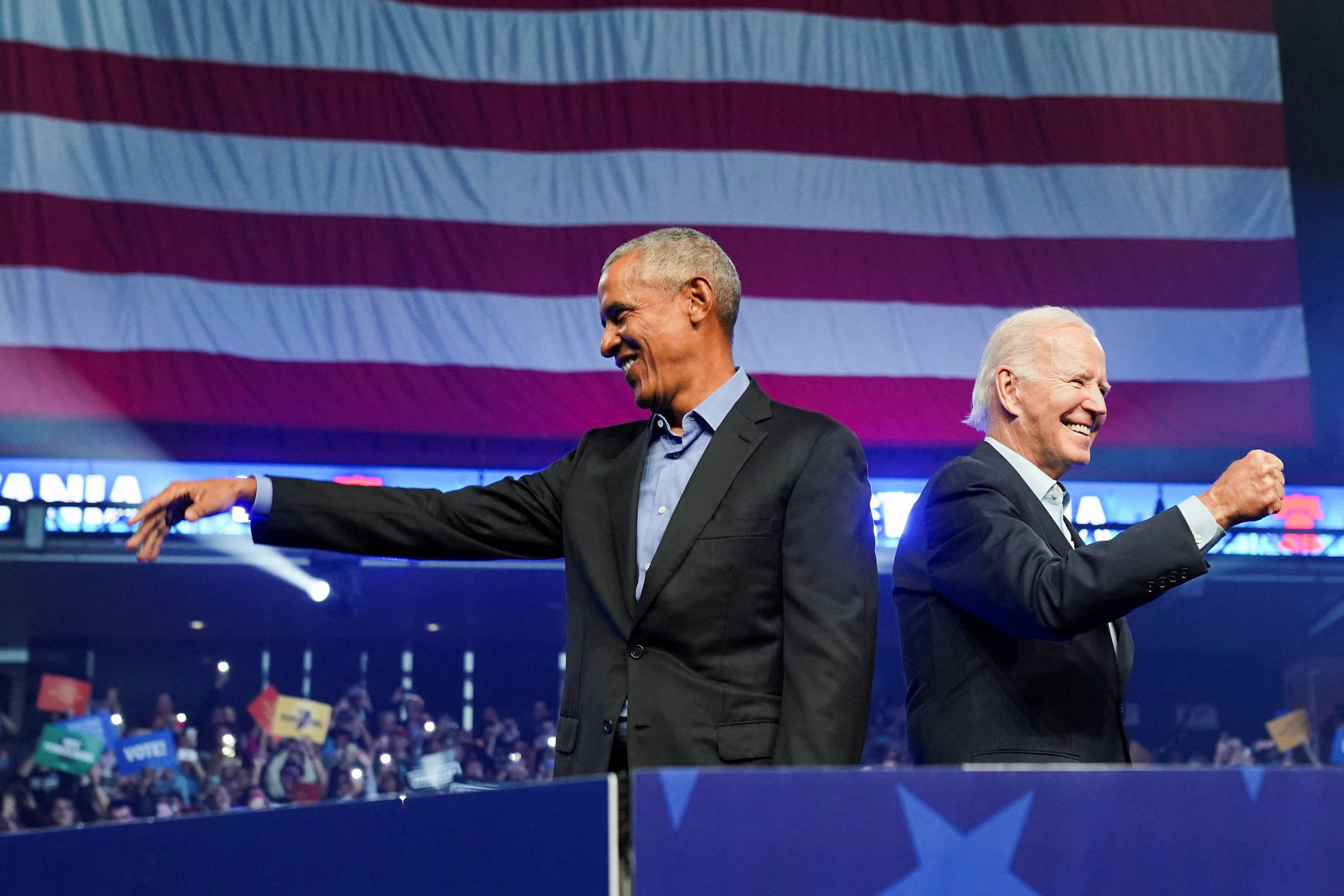 With three days before the midterm elections in the United States, Donald Trump and Barack Obama lead election events in Pennsylvania, a key state, in the latest efforts by Democrats and Republicans to capture votes.

President Joe Biden was also present, along with Obama, at a rally in that state ahead of a decisive vote that will lay the groundwork for the 2024 presidential election.

All the spotlight is on this former bastion of steel, where Trump-backed billionaire surgeon Mehmet Oz is vying for a Senate seat with former Democratic mayor John Fetterman.

The balance of power in the upper house, which decides fundamental issues for the country, probably depends on this outcome.

During these elections, scheduled for next Tuesday (8), Americans are also called to renew all seats in the House of Representatives.

In addition, a number of local positions will be decided, which legislate on their states’ policies in relation to, for example, abortion and environmental regulation.

Biden, who has so far avoided mass campaign events and turned to fundraising for his party, attended a massive rally on Saturday in Philadelphia, the birthplace of American democracy.

In the late afternoon, the nearly 80-year-old president joined former President Obama and his undeniable oratorical talent on stage for a major election act.

“Dear, three days, three days until one of the most important elections of our lives. The outcome will define our country for decades to come, and the power to define that outcome is in your hands,” Biden said. “It’s a choice between two very different views of America.”

400 kilometers away, another former US president, Trump, gathered with his beloved tide of red caps for a rally in the small town of Latrobe, near Pittsburgh.

After a tough campaign focused on inflation, Republicans are increasingly confident of their chances to remove the Democratic president of his majorities on Nov. 8.

If his predictions come true, the Republican tycoon seems determined to take advantage of this momentum to formalize his candidacy for the presidential election as soon as possible, perhaps as early as the third week of November.

The Democratic president is trying to convince voters that Tuesday’s vote is decisive on issues like abortion and same-sex marriage, which he has promised to legislate on if he wins solid majorities in Congress.

Abortion rights, struck down by the US Supreme Court in June, has been a central issue in the Pennsylvania dispute.

But rising prices — an average of 8.2% a year in the country — remain by far the main concern of Americans, and Biden’s efforts to present himself as the “president of the middle class” are still insufficient.

“Democrats are worried,” joked Republican candidate Mehmet Oz of Pennsylvania, who has campaigned to rein in inflation and “out of control” crime.

“The radical left knows the dynamic is in favor” of the Republicans, he said in a message to his supporters.

Facebook
Twitter
Pinterest
WhatsApp
Previous article
Question from Maria Spyrakis to the Commission about the episode with Tzitzikostas in Smyrna
Next article
US: Increased risk of disinformation on Twitter ahead of ‘midterm’ elections, experts say