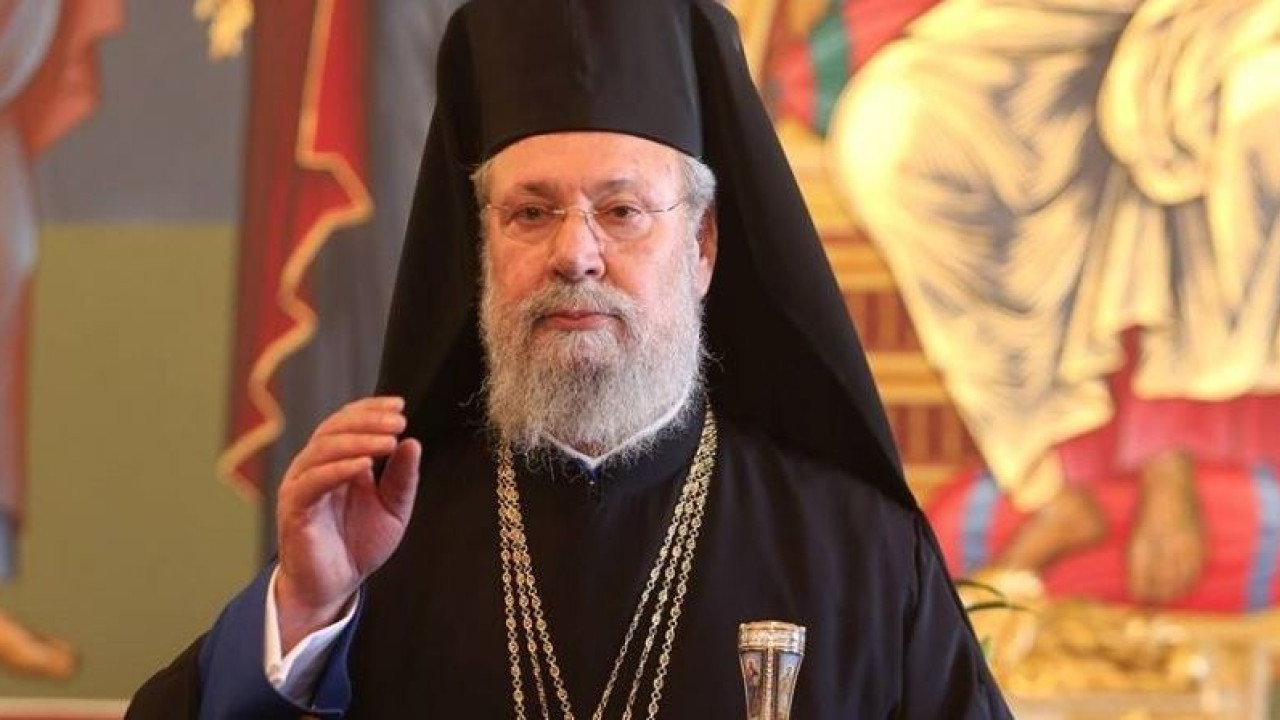 The archbishop of Cyprus, Chrysostomos II, has fallen asleep

Lately he has been facing serious health problems and his public appearances have been limited.

At the age of 81, the Archbishop of Cyprus Chrysostomos II passed away after a battle with cancer.

Lately he has been facing serious health problems and his public appearances have been limited.

Herodotos Dimitriou was born on April 10, 1941 in the village of Tala in Paphos. Immediately after primary education, he became a probationary monk at the Holy Monastery of Agios Neophytos and then attended Paphos High School. He graduated from high school in 1963 and on November 3 of the same year was ordained a deacon.

In 1968, he began his studies at the Theological School of the University of Athens, from where he graduated in 1972. On October 19 of the same year, he was unanimously elected abbot of the Monastery of Agios Neophytos, he was ordained elder and installed as abbot on November 12 by Archbishop Makarios III. On February 25, 1978, he was elected Metropolitan of Paphos, Exalted and Exarch of Arsinois and Romans by acclamation.

After a long, irreversible illness of Archbishop Chrysostom I, an Enlarged Synod convened under the Ecumenical Patriarch Bartholomew in Chambézy, Geneva in May 2006, which declared the Archbishopric Throne of Cyprus widowed.

In the elections for the appointment of archbishop, he received a little more than 8% of the popular vote (that is, the male Christian Orthodox of Cyprus). His opponents were then Kykkou Nikiforos and the Metropolitan of Limassol Athanasios.

Facebook
Twitter
Pinterest
WhatsApp
Previous article
Putin plays the “card” of “nuclear terror” – Zakharova: “The EU will dissolve”
Next article
Toshiba: The fate of management is a source of disagreement for buyers and banks, sources say