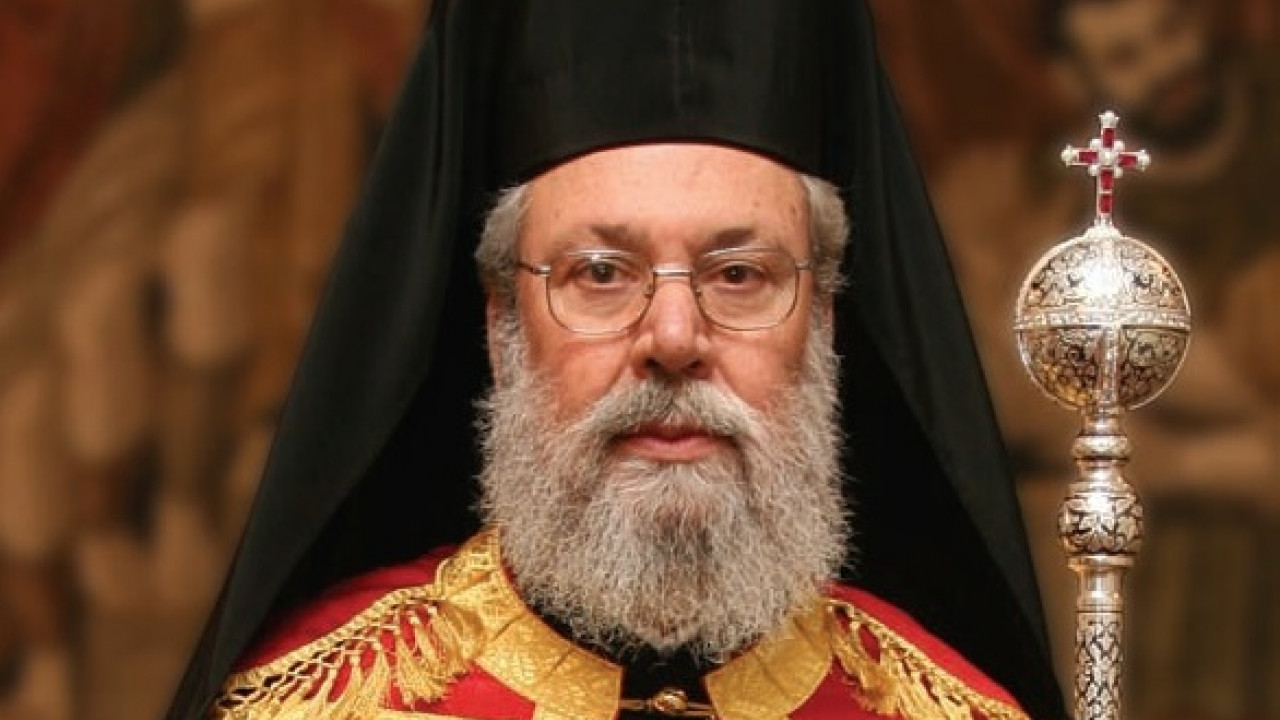 Who was Chrysostom II, founder of the Theological School of the Church of Cyprus

Chrysostomos II (born Herodotus Dimitriou, born in Paphos District on April 10, 1941) was a businessman and clergyman of the Orthodox Church and Archbishop of Nea Justianiana and all of Cyprus-Primate of the Church of Cyprus. The Archbishop of Cyprus is the First in the rank of Archbishops of Autocephalous Churches.

He was born in 1941 in the village of Tala in Pafos. Immediately after primary education, he became a probationary monk at the Holy Monastery of Agios Neophytos and then attended the Paphos High School. He graduated from high school in 1963 and on November 3 of the same year was ordained a deacon. In 1968, he began his studies at the Theological School of the University of Athens, from where he graduated in 1972. On October 19 of the same year, he was unanimously elected abbot of the Monastery of Agios Neophytos, he was ordained elder and installed as abbot on November 12 by Archbishop Makarios III. On February 25, 1978, he was elected Metropolitan of Paphos by acclamation.

After the long, irreversible illness of Archbishop Chrysostom I, an Enlarged Synod convened under Ecumenical Patriarch Bartholomew in Switzerland in May 2006, which declared the archbishopric throne of Cyprus widowed.

In the elections for the appointment of an archbishop, he received a little more than 8% of the popular vote (that is, the male Orthodox Christians of Cyprus). His counter-candidates were then Kykkou Nikiforos and the Metropolitan of Limassol Athanasios. In November 2006, in the vote of representatives of the faithful, Nikiforos got 46 votes, Athanasios 45 and Chrysostomos got 9. In the ballot box of ex officio representatives, Kykkou got 11 votes, Limassol 7 and Chrysostomos 12.

In the ballot box of the general representatives, Limassol got 48 votes and qualified for the final phase of voting, Kykkou 46 and Chrysostomos 6, i.e. three fewer than in the first round. In the ex officio ballot box, which would elect the second archbishop candidate, the Metropolitan of Limassol reinforced the Metropolitan of Paphos Chrysostomos. Within this context, the final candidates were the Metropolitans of Paphos and Limassol and Bishop Kykkos was left out of the electoral process. Then Paphos and Nikephoros came to an agreement and Nikephoros’ representatives voted for Chrysostomos as archbishop.

Charter of the Church of Cyprus

Chrysostom II promoted the change of the Church’s antiquated previous charter, which had been in force since 1914 and had been revised twice since. The new charter mainly changed the electoral system, upgrading the power of the faithful. But the changes were not limited to the electoral process, but changed the borders of the metropolises (the occupied metropolis of Kyrenia was favored), created a five-member synodal court, where the accused could be represented by a lawyer and, finally, changed the procedures for issuing an ecclesiastical divorce.

Furthermore, he promoted the expansion of the Holy Synod with the reconstitution after 800 years of old bishoprics (Constantia, Tamasou, Trimythoutos, Karpasia, Ledras, Chytron, Amathustos, Neapolis) that had been abolished during the Frankish occupation by the Latins in 1222. Thus the Church of Cyprus, as an Autocephalous, succeeded in having a full Synod (with at least 13 members) which means that he can now convene a Major and a Superior

Synod without the need for the participation of other Bishops from other Churches.

He also proposed and succeeded, following consultations with the Cypriot government and the Ministry of Finance, the creation of a Unified Clergy Salary Agency. In this way he achieved the independent salary of the clergy and ensured the dignified living of old and provincial clergy without burdening the state.

The Archbishop managed to establish the Theological School of the Church of Cyprus, a plan that his predecessor Archbishop Makarios III of Cyprus had envisioned but failed to implement due to the Turkish invasion of Cyprus in 1974. The school was founded as a Private School of Higher Education but under its by-laws, it was established and operates as a non-profit charitable educational organization.

The Archbishop was also honored with a medal and as an honorary citizen of Corfu in 2016, on the occasion of the celebration of 300 years since the end of the siege of Corfu by the Turks in 1716.

Chrysostomos was also honored as an honorary citizen of Ilia, for his struggles for Cyprus, the Church and Hellenism in a special ceremony, at the Municipal Hall of Pyrgos by the mayor Gavriel Liatsi. The mayor mentioned the great contribution of the archbishop and the Church to Ilia after the fires of 2007, and in particular the burned churches that were restored, the nursery school that was built from pedestals, as well as historical events that connect Pyrgos with the Cypriot struggle for the independence.

Chrysostomos also officially visited Russia in 2017. He performed a joint service with Patriarch Kirill of Russia who awarded him the Grand Cross of Saint Vladimir, which is the highest honor of the Moscow Patriarchate.