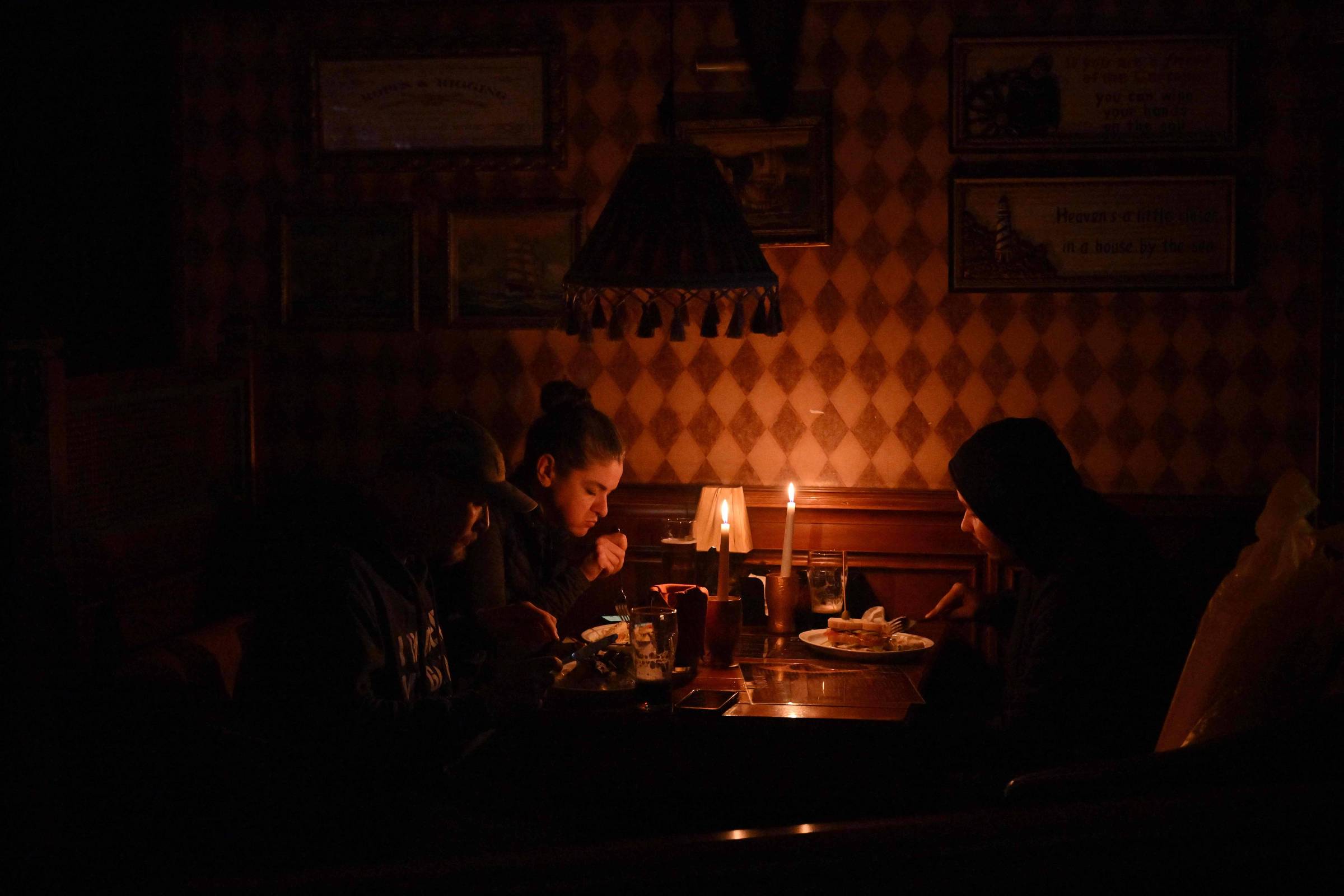 Russia’s tactical shift in the Ukraine War, focusing attacks on energy infrastructure as it prepares for the big battle for the Kherson region (south), threatens to make the country invaded in February spend the winter in the dark.

Vladimir Putin’s forces have been firing missiles at Ukrainian power stations and distribution networks since early last month, when Kiev launched a successful attack on the symbolic mega-bridge linking Russia to Crimea, annexed in 2014.

As Ukrainian President Volodymyr Zelensky said on Sunday night (6), the country is already facing a deficit of 32% of its energy capacity, with almost 60% of its facilities having been affected at some point.

Russia, he said, “is concentrating forces and means for a repeat of the massive attacks on our infrastructure, primarily energy.” Ukrainian military intelligence points to what would be the assembly of a large fleet of Iranian suicide drones north of the capital, in Moscow’s ally Belarus.

Kiev Mayor Vitali Klitschko went even further on Monday: he said residents had to prepare to evacuate the city in the event of a total blackout. The capital is Ukraine’s largest and most populous city, with 3 million inhabitants before the war — in March, the number had halved, but much of the population has returned after Moscow failed to capture it.

This Monday, the minimum temperature in the city is 4 degrees Celsius and, when the Northern Hemisphere winter arrives on December 21, it will be below zero. No electricity, no electric heaters or running water.

To try to repair the network, there will be blackouts planned this Monday in Kiev and in the regions of Chernihiv, Cherkasi, Jitomir, Sumi, Kharkiv and Poltava.

As the drama mounts, side-by-side preparations for the battle for Kherson continue. The Russians evacuated civilians from the eponymous capital west of the Dnieper River, moving them to villages in the sparsely inhabited region to the east.

It is unclear whether Moscow intends to defend the city itself, the first major city it captured in the war, or is willing to leave the river as a border for an eventual demilitarized zone in the future, should there be a ceasefire.

According to historian Ridvan Bari Urcosta, from the Crimean Tatar minority who writes for the Jamestown Foundation and the consultancy Geopolitical Futures, both Americans, there are risks for both fighters.

“To maintain its strategic advantage, Russia can scale up offensives in other territories or use tactical nuclear weapons in sparsely populated areas. This may explain Kiev’s hesitation to attack: it is worried about what will come next,” he said, citing the hasty deployment. of reservists called up to the front lines.

Rural region, Kherson is also important for housing the canal that supplies water to the Crimea, just to the south.

One of Putin’s main allies on the European continent, Serbian President Aleksandr Vučić, said on Monday that Kherson “will be the decisive battle of the war”.

“We are seeing the Battle of Stalingrad [referência ao ponto de virada dos soviéticos contra os nazistas na Segunda Guerra Mundial]. The West believes that this will destroy Russia, and Russia believes that it will be able to protect what it has taken. [as quatro regiões anexadas em setembro] and end the conflict. This will create additional problems everywhere,” he told Russian news agency Tass.

There are other signs of pressure on the Zelensky government. Over the weekend, the Washington Post reported that Joe Biden’s government is pressuring Kiev to agree to negotiate with the Russians, in addition to having secret talks with Moscow to prevent a nuclear crisis from escalating.

On Monday, the Kremlin declined to comment on the second report, but did not deny it either, an indication that it may be on the right path.

In the US, the likely victory of the Republican opposition in the midterm election on Tuesday (8) could put politicians skeptical of unrestricted support for Zelensky in a position to hinder the flow of weapons and money to Kiev. So far, Washington has sent or authorized more than $50 billion in aid to Ukrainians, nearly $20 billion in military equipment.

A spokesman for the German government, which has always been most reticent about supporting Kiev in Europe because of its energetic ties to Russia, said it would be up to Ukraine to decide whether to sit at the table with the Kremlin.

Facebook
Twitter
Pinterest
WhatsApp
Previous article
Spinach, Oats and Kefir Souffle – Fluffy as a cloud and light as a feather
Next article
North Korea says it will respond to Seoul, US with ‘crushing’ military action